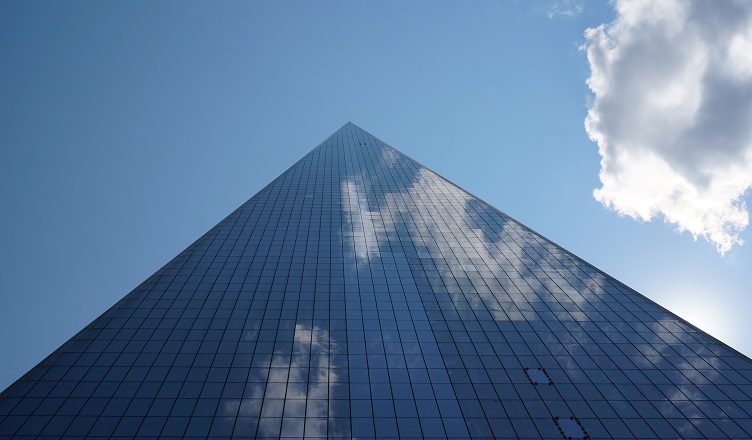 Katharina Donn, A Poetics of Trauma After 9/11: Representing Trauma in a Digitized Present. New York: Routledge, 2017. 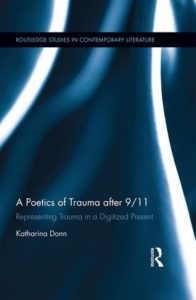 Katharina Donn’s A Poetics of Trauma After 9/11: Representing Trauma in a Digitized Present is a crucial contribution to studies of trauma and literary theories in the twenty-first century. Too often, especially when demarcating periods of cultural change and trauma, the terms “9/11” and “twenty-first century” are conflated. Donn addresses this by asserting “key challenges to trauma theory are encapsulated by this event and its representation.”1 By focusing on how trauma has been represented through and since 9/11, Donn offers readers a better understanding of how “the textual aesthetic of 9/11 trauma literature foregrounds the precariousness of human existence and stages the necessity of experiment and critique. To trace this political aesthetic in a detailed analysis of the self-reflective and metaphoric dynamics of trauma literature is the aim of this study.”2 Donn effectively opens up the study of 9/11 and post-9/11 representation through her “focus on multimodal forms of memory to explore posttraumatic practices of interpretation, orientation, and knowledge in a world that, subjectively at least, has collapsed.”3 In this way, Donn acknowledges the multimodality of life in the twenty-first century—specifically its digital dimensions—and provides readers with a compelling analysis of how trauma, affect, and literature correspond with this reality.

A Poetics of Trauma after 9/11 has three organizing rubrics: trauma as a wound that “takes effect on imaginative texts as such”4; how “the digitization and virtuality of present-day realities” affects trauma studies5; and, by “focusing on the processuality, dialogicity, and affectivity of trauma literature itself” showing “how this formal aesthetic is an ethical—and at times political—cultural commitment.”6 Donn also clarifies what her study does not address—namely, non-American and minority literary voices are omitted, as Donn offers critical readings of Jonathan Safran Foer’s Extremely Loud & Incredibly Close (2005), Don DeLillo’s Falling Man (2007), William Gibson’s Pattern Recognition (2003), and Art Spiegelman’s In the Shadow of No Towers (2004). While a comparative study is beyond the purview of Donn’s book, her exploration of “transnational patterns of memory” and “the ethical relation between self and alterity”7 offers an important contribution to post-9/11 trauma theory and opens up new avenues for dialogue as we move further into twenty-first century studies.

Donn identifies the political stakes of her project in an important but complex question: “How can the poesis of trauma, performing and presenting shock textually, become a form of critique when it relates to the discursive frames and rhetorical appropriations of a collective, ‘national’ traumatization?”8 Donn illustrates how pervasive 9/11-related trauma becomes when one considers how such trauma is being represented and reproduced—both almost constantly and multimodally. The result is a “traumatic time” that “challenges the position of the self in history.”9 This displacement, she concludes, has corresponding effects on narrative. “Trauma,” she writes, “is much more than an instance of the unspeakable. Given its liminal position between mind and body, dissociation and emergent discourse, traumatized individual and media audience, it occupies the in-between spaces of narrative as well, interpolating lines, perspectives and temporalities.”10 By providing her reader with a theoretical framework that links narrative liminality and digital media to trauma, Donn ensures that the argument of her book will have a wider reach than the four texts she focuses on in her study.

One of the most useful interventions Donn puts forth is the consideration of 9/11 literature as ethical “because it recasts the position of the subject to the event.” Specifically, Donn sees this newly cast position as “defined by two experiences: that of vulnerability and of spectacularity.”11 This assertion facilitates a critical exploration of 9/11 literature, culture, and experiences, because it leaves binary thinking behind and no longer separates experience from place, individual from event. In the digitized temporalities Donn is interrogating in these texts, events and experiences map onto individual experiences in ways not previously encountered because, fundamentally “9/11 calls for new parameters to be set for disentangling the relation among trauma, representation, and commodification. The attacks were not retrospectively represented but mediated from the start….”12 The vulnerability and spectacularity of national traumas, and personal traumas, inextricably link through digitization and the resulting multimodal representations of said traumas. To this end, in her discussing of Foer’s Extremely Loud and Incredibly Close, Donn explains, “The pathology of trauma itself here consists in the collapse of time and space, and in the subsequent disorientation of an individual who has lost the cornerstones of their identity.”13 Readers familiar with Foer’s work will no doubt readily acknowledge the temporal and spatial collapse to which Donn is referring. Donn offers this example in order to show how a dynamic, multimodal, digitized understanding of trauma “only comes into existence in the interplay of the multiple dimensions of perspectivity and expression in verbal and nonverbal modes, intertexts of existent symbolic registers and visual codes”14 However, considered within the larger context of Donn’s study, this claim takes on a more nuanced significance because it positions collapse to become a potential site of beginning, opportunity, or at least continuation.

By tending to questions and concerns of digitization in the post-9/11 world and in 9/11-related literature, Donn challenges and explores reconfigurations of cultural, personal, temporal, and spatial realities within the twenty-first century. In doing so, Donn provides readers with a new and necessary way to understand the trauma and affect we encounter in post-9/11 life and literature.

Megan Cannella is a doctoral student of American literature at the University of Nevada, Reno, where she teaches in the Women’s Studies and Core Humanities programs, in addition to the English department. Cannella’s research primarily focuses on 21st century understandings of place and identity in American literature, as well as how these understandings have changed the narrative structure of 21st century novels. Most recently, she published a chapter titled “Do Androids Dream of Derrida’s Cat?: The Animals and Unregulated Emotion of Dick’s Do Androids Dream of Electric Sheep?” in the edited collection Seeing Animals After Derrida (2017).