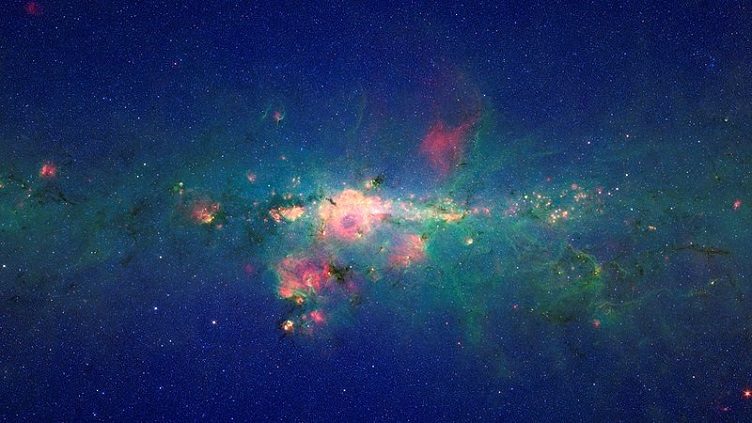 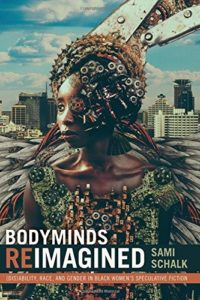 In Bodyminds Reimagined, Schalk brings black feminist theory and disability studies into a much needed interdisciplinary conversation. Schalk’s central thesis is that black women’s speculative fiction “requires new modes of analysis” that take into consideration race, gender, sexuality, and disability (5). Schalk identifies the non-realistic disabilities in Octavia Butler’s Kindred and Parable series and Phillis Alysia Perry’s Stigmata, as well as the realistic disabilities of fantasy beings in N.K. Jemisin’s The Broken Kingdoms, Shawntelle Madison’s Coveted series, and Nalo Hopkinson’s Sister Mine. In doing so, she demonstrates how disability in black women’s speculative fiction is both material and metaphor, how it exposes and deconstructs able-mindedness, and how it is integrated into black women’s visions for the future. Schalk merges theories and methodologies from both black feminism and disability studies to demonstrate that in black women’s speculative fiction, context—personal, political, and historical—shapes how one experiences the disabled body and mind and determines who does or does not benefit from systems of privilege based on race, gender, class, sexuality, and ability. Schalk’s goal, then, is not to rebuke black feminism or disability studies, but to demonstrate how both are needed to identify systems of what Schalk calls (dis)ability.

Schalk provides a new critical vocabulary to interpret black women’s imagined worlds and bodies. Because the fictive and real disabilities that black women speculative fiction writers depict shatter the body/mind dualism, Shalk offers bodyminds as a term to capture the relationship between the two. Schalk explains that “the term bodymind insists on the inextricability of mind and body and highlights how processes within our being impact one another in such a way that the notion of a physical versus mental process is difficult, if not impossible to clearly discern in most cases” (269). Schalk demonstrates the necessity of this term in readings of psychic stress in Perry’s Stigmata and in Butler’s Parable duology.  Psychic stress can and does impair the body.

While bodyminds can be disabled, Schalk also distinguishes disability as an embodied state from (dis)ability, a term she uses to refer to the “overarching social system of bodily and mental norms that includes ability and disability” (6). Dis(ability) captures the mutually constitutive relationship between ability and disability. Schalk explains that, unlike other disability scholars who attempt to make this distinction by using slashes (such as with dis/ability and ability/disability) she uses “the parenthetical curve” to “visually suggest the shifting, contentious, and contextual boundaries between disability and ability” (6).

Black women’s speculative fiction demands such distinction as hyper-abilities such as magical powers can be a source of privilege or oppression depending on the context. For example, Schalk exposes the systems of (dis)ability in Nalo Hopkins’s Sister Mine, a novel in which a formerly conjoined twin who uses mobility aides faces no physical or social barriers to her disabled body and mind in the celestial-realm (where she uses mojo to interact with people and the surrounding environment) but faces basic barriers to accessibility on Earth, such as finding accessible parking. While the distinction between disability and (dis)ability at times escapes notice, which Schalk readily admits, Schalk demands and demonstrates a precision in writing that requires readers to exercise the same scrutiny. Precision is particularly important as disability studies scholars grapple with the dualism between society and body erected by early articulations of the social model of disability. With (dis)ability, Schalk crafts a term that concisely denotes and visually connotes the nuances that disability studies scholars and activists have striven to make when discussing the relationship between disability as produced by socially, structurally, and legislatively erected barriers prejudiced against non-normate bodyminds and the varied phenomenological experiences of the bodymind. Consequently, (dis)ability appeals to both scholarly and activist groups, the latter of which may benefit from a term that enables them to reclaim disability as a minoritarian identity as they critique (dis)ability.

Though it is a work of literary criticism, one of the strengths of Bodyminds Reimagined is its appeal to activist groups and a more general audience. Activists for disability rights and against police brutality may find Schalk’s book especially useful. In each chapter, Schalk connects the more abstract theories, concepts, and field-specific close readings with relevant social issues that range from slavery to the psychiatric and prison industrial complexes; from the psychiatric survivor’s movement to the Black Lives Matter movement; from social justice organizing to activist burnout. Schalk proves her claim that black women’s speculative fiction is socially and politically consequential by offering these works to those at the frontline for change. Schalk’s writing is also very accessible; she conveys complex concepts and theories in clear and precise language that reflects her commitment to principles espoused by most disability studies scholars and black feminist theorists. Her voice is both academic and warm, and she clearly and crisply inhabits her book. Bodyminds Reimagined is a refreshingly engaging and pleasurable read.

Bodyminds Reimagined is the much-needed intervention in disability studies and black feminist theory that it promises to be, and will also appeal to scholars in critical race studies, queer studies, and social justice activism. Schalk’s book levies serious critiques against racism and ableism even as it furthers coalition building. Schalk makes it clear that coalition requires accountability, and in her conclusion, she outlines the specific outcomes that she wants to arise from her book. Schalk’s goal is twofold. She wants disability studies and black feminist scholars to converse more, and she also wants us—Schalk’s (re) imagined community of scholars, activists, and everyone in-between—to center pleasure even as we critique systems of oppression. “Pleasure,” Schalk emphatically proclaims, “does not exist outside of oppression because none of us exist outside of these systems of power, but pleasure can nonetheless arise in the midst of oppression, in the face of it, in spite of it, or sometimes even because of it” (143). In our current sociopolitical climate, in which so many harmful ideologies and policies of the past are rehashed and repackaged as new, we need now more than ever to imagine our world otherwise. Bodyminds Reimagined is the book for our moment.

Anna L. Hinton has recently received her Ph.D. in English at Southern Methodist University and will be the 2018-2019 African American Literature postdoctoral fellow at Rutgers University. She has work published or forthcoming on Black motherhood, Black feminism, disability studies, hip hop, and Afro Futurism, and her current book project, "Refusing to Be Made Whole: Disability in Contemporary Black Women’s Writing" examines disability as central to Black women’s thematic and aesthetic choices.