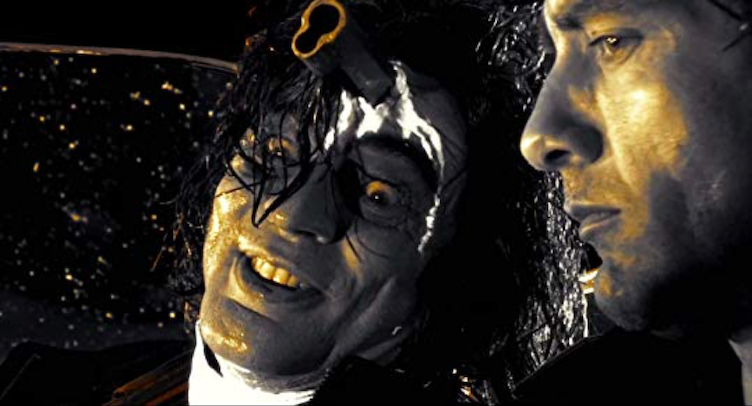 Nowadays a common temporal descriptor for the art and literature of the present, “the contemporary” has accumulated meanings that exceed mere up-to-dateness, calcifying into a de facto period term. To see that this transformation generates more problems than it solves, however, one need only glance at the querying titles of recent scholarly work concerned with the contemporary’s newfound status: “The Contemporary Question”; “What is the Contemporary?”; “The Contemporary: A New Idea?” 1 Since contemporaneity is a quality that everyone and everything has at one point or another yet will inevitably lose as time goes on, the term appears to be fundamentally ahistorical, a deictic that slides across rather than stabilizes history. Even if we overlook its historical non-specificity and wed the contemporary to our ongoing present, the incompletion of the current era means that it precludes the “focal distance” that, as Amy Hungerford notes, underpins periodization and, indeed, historicism more broadly.2 How, then, are we to make sense of the contemporary—of the concept as a historical gauge and, more pressingly, of “our” contemporary?

Theodore Martin sets out to address this question in Contemporary Drift: Genre, Historicism, and the Problem of the Present. A compelling study that might be as notable for what it forgoes as for what it proposes, Contemporary Drift resists the temptation to coin a fancy new epochal designation for the present while also steering clear of the claim that the time we inhabit is distinctively contemporary.3 Effectively dodging the Scylla and Charybdis of critical writing on the “now,” Martin instead approaches the contemporary as “a conceptual problem,” pondering the ways in which critics might go about historicizing a temporal category that seems both incomprehensible in its immersive proximity and ungraspable in its transience (2).

The inventive, highly convincing methodology Contemporary Drift puts forward for the paradoxical task of historicizing the present centers on genre fiction. Martin opts for genre fiction not only because a number of esteemed contemporary authors and auteurs exhibit renewed verve for experimenting with traditionally “low” forms, but also because genres, as “reusable templates” that “remain identifiable” even as they morph over time, offer a historical yardstick against which the contemporary can be measured (7). As Martin’s clever axial metaphor has it: although the contemporary “drift[s]” through time, genre fiction, due to its “sedimentation of formal change over time,” provides a counteractive “drag” that can “make the process of becoming contemporary uniquely visible” (7). By tracking moments when contemporary iterations of genres modify or depart from their blueprints, Martin argues that we can espy both the “emergent and unfamiliar” aspects of our ever-evolving present and the strategies artists have implemented to carry out the politically freighted responsibility of adjudicating what does and does not belong in that time (7). Enabling a form of (albeit limited) historical vantage in lieu of the luxury of hindsight, Contemporary Drift positions genre fiction as the source of an “alternative,” immanent mode of historicism that can help give some temporary shape to the chaos of the contemporary (7).

Martin elaborates this historicism “by other means” through persuasive readings of five genre types: the novel of manners, film noir, detective fiction, the Western, and the post-apocalyptic narrative (197). Integral to the “means” Martin educes in his opening discussion of novels of manners by Brett Easton Ellis (American Psycho [1991] and Glamorama [1998]) and Zadie Smith (White Teeth [2000]) is the arbitrary interval of “the decade”—an expandable, provisional periodizing container that Ellis and Smith fill with extensive lists of “temporary norms and fleeting fashions” to create makeshift socio-cultural histories of the ’80s and ’90s (31). But things are not so straightforward: because the fads Ellis and Smith manically catalogue are products of an age of “advanced capitalism” and “full-blown consumer culture,” their historicizing tactics also gesture to “the crisis of imagining historical alternatives to the system of capitalism”—a defining feature of our contemporary that seems to negate periodization altogether by evoking premonitions of interminable historical sameness (31). Still, Martin maintains that the flawed mini-period of the decade could be salvaged and redeployed as a form of temporal opposition to capitalism’s supposed endlessness, for its boundaries promise change and difference. 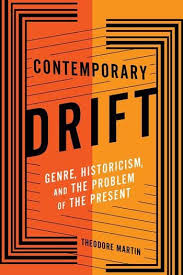 In Contemporary Drift’s succeeding chapter, the timelessness of capitalism gives way to the endless regenerations of film noir. Highlighting the difficulty of locating voice-overs as a recurrent topos of a genre that is itself hard to pin down historically due to its penchant for revival, Martin posits that noir both stages our “diminished ability to situate ourselves” within the technologically “complex,” “unimaginably vast” capitalist “world system” that arose in the postwar years and expands temporally narrow conceptions of the contemporary by inviting us to contemplate, via the genre’s historical mobility, how this sprawling “socioeconomic system holds together across time” (65, 89). Ever conscious of the meta-critical ramifications of his literary and filmic analyses, Martin contends that noir also undermines the tenets of historicist criticism, since the genre’s spatiotemporal itinerancy means that it eludes firm and precise contextualization. Pushing this idea further by reading the dubious presence of the “speaking dead” in films like Sin City (2005) alongside Stephen Greenblatt’s knowingly absurd wish to “speak to the dead” in Shakespearean Negotiations (1988), Martin goes on to argue that the dislocated phantoms haunting retro-noir and Greenblatt’s archetypal work of new historicism oblige us to rethink the reputedly concrete and empirical notion of a “specific historical situation” as an immaterial “critical abstraction” (77, Greenblatt quoted in Martin 89, 92). But for Martin the “speaking dead” do more than just denaturalize the grounds of a critical method that seems to proscribe studying the not-yet historical, contextually half-formed present: they also metaphorize the contradictorily spectral stance required of the contemporary critic in their role as a recorder of “living history”—a time that the critic occupies (speaking) yet must simultaneously extract themselves from (dead) if they are to gain some semblance of historical perspective (92).

Although what Martin refers to as the “liminal status of our contemporary situation” makes the “now” a time of ontological uncertainty, Contemporary Drift discerns a desire to withstand and manage some of the present’s irresolution in recent detective fiction (92). Amidst the tumult of a world that (per Ulrich Beck) seems “constantly yet invisibly at risk” and where (per Bruno Latour) climate change deniers and “post-truth” wing-nuts have weaponized the one-time radical indeterminacy that abounds in postmodern tales of detection, newer procedurals by Michael Chabon, Vikram Chandra, and China Miéville find a stabilizing element in the underappreciated temporality of the wait, which, despite its connotations of anxious expectation, can assuage fears by “reminding us that knowing takes time” (97, 98). In this chapter’s unavoidable encounter with “surface reading,” Martin is careful to clarify that while the principles behind that critical practice seem aligned with contemporary detective fiction’s refusal to valorize uncertainty, these works do not corroborate claims, made to justify surface reading, that our twenty-first century present is exceptionally knowable because “so much seems to be on the surface.” 4 Far from self-evident, recent detective narratives intimate that knowledge of the contemporary—especially of our geopolitically, economically, and ecologically precarious contemporary but also of this unfinished time in general—is subject to a process of gradual unfolding.

As the preceding paragraphs imply, a secondary issue to that of historicizing the present pervades Contemporary Drift’s chapters: the problem of contemporary capitalism, which the aesthetic mutations of genre fiction persistently spotlight as the problem of the present. This comes to the fore in Contemporary Drift’s penultimate chapter, where Martin reads the appearance of “unseasonable weather” in Westerns such as True Grit (2010), Sukiyaki Western Django (2008), and Meek’s Cutoff (2010) as a filmic barometer of “the long-term crisis of climate change,” which capitalism’s pursuit of profit at the cost of ecocide escalates exponentially (143). It is also prominent in Martin’s final chapter on end-of-the-world fictions: while older examples of survival narratives like Cormac McCarthy’s The Road (2006) imagine a return to modes of unalienated manual labor in the aftermath of apocalypse, Martin argues that Ben Marcus’s The Flame Alphabet (2012) and Colson Whitehead’s Zone One (2011)—both written after the worldwide economic meltdown of 2008—envisage the crushing continuation of patently alienated vocations and the preservation of capitalism’s basic social systems post-catastrophe. Rather than extreme alterity, the rote routines portrayed in these novels recall the numbing rhythms of the all-too-familiar genre of the “office novel” (e.g. Joshua Ferris’s Then We Came to the End [2007]), where even the changeless, mindless monotony of white-collar work seems more bearable than the terrifying prospect of joblessness that looms over life in an era of mass unemployment (187).

Though it might appear as if Martin’s insights here amount to little more than a recital of that overplayed “it is easier to imagine the end of the world than the end of capitalism” tune, this is not the case. When Martin arrives at this worn-out mantra, he takes it as an opportunity to pose some vital questions that connect three of his book’s primary concerns: genre, capitalism, and criticism. First: if genres are the artistic form of repetition par excellence, might we say that capitalism’s very capacity for “systemic perpetuation”—the quality this saying summarizes—makes it somewhat generic (184)? Second: despite functioning as critical seismographs for the problems of the present, are genre fictions hampered in their ability to think beyond capitalism by their formal affinities with it? And third: returning to that blunted, banal adage about capitalism’s inexorability, should we not view its descent into cliché as an important reminder that criticism has a propensity to become uncritically generic as well?

While Martin takes up the second question in his discussion of Whitehead’s Zone One, Contemporary Drift could pursue the implications of the other questions further. Yet merely by raising the idea that the recursive logic of genre permeates both the socioeconomic structures we live in and the critical lenses through which we read those structures—an idea that underscores genre’s centrality to all studies of the present—Martin’s book coaxes the contemporary critic to become vigilant of genre’s misuses as well as its historicizing uses, to be wary of slipping into lazy, mechanical modes of thinking whose circuitous patterns too closely resemble capitalism’s logic. Indeed, to keep the lively, ever-growing critical genre of studies of the contemporary from thought-paralysis, we would do well to learn from Martin’s illuminating examination of genre’s rejuvenations, honing our awareness of the “tensions between novelty and continuity” not only in the world and its art, but in our scholarly work, too (7). For it is, after all, by striking a balance between the old and the new, the conventional and the innovative, the known and the unknown that Contemporary Drift, like contemporary genre fiction, succeeds.

Patrick Anson is a PhD candidate in the Department of English and Comparative Literature at Columbia University, where he focuses on twentieth- and twenty-first century Anglophone literature, with specific interests in the novel, time studies, digital culture, media studies, and the visual arts.