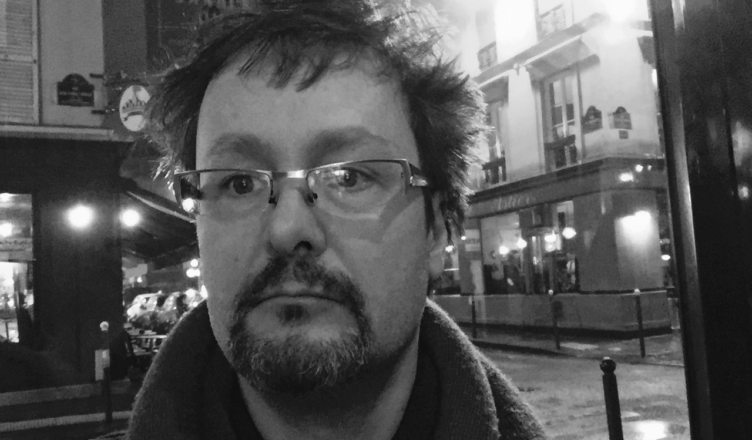 For the philosopher Frédéric Neyrat, existence begins with a motion towards the outside, theorized as the “trans-ject” instead of the subject. Forthcoming in English from Fordham University Press, Neyrat’s book Atopias: Manifesto for a Radical Existentialism brings radical new thinking into being even as it resonates deeply with current academic, philosophical, and political concerns and events. Reminding us of the necessity of theorizing difference, Neyrat characterizes translation as a “relation that maintains a form of incommensurability.” In the spirit of relation across incommensurabilities, we have asked Neyrat a few questions about his thought and work.

Atopias is a manifesto for philosophy that makes an explicitly contemporary intervention. We are forced to navigate political, financial, philosophical, and ecological conditions of “saturated immanence,” in which immunity for some is obtained by flattening difference and rejecting transcendence. We’re writing to you in late January of 2017—after Brexit and after Trump. How does the book help us to think about our global political situation now?

Immanence is saturated when there is no outside, no political horizon of emancipation, that is to say when everything, every subject and every collective, seems hardly capable of escaping its own limits. It’s certainly one of the reasons for which people voted for Trump or decided in the UK to leave the European Union: when there is no alternative—and you know that “there is no alternative” is a famous statement by Margaret Thatcher from the 1980’s—the remaining possibility is to destroy the “system,” whatever the sense is given to this word. Michael Moore put that very well: he said that voting for Trump was a sort of legal terrorist act. In my own words, I’d say that this vote was the desperate attempt to create an outside, an alternative reality. But it is destined to fail. First, because the attempt to destroy the system—the “elites,” the European “bureaucracy,” etc.—will in the end destroy those who wanted to destroy it, it will be a self-destructive action. Second, because Trump’s victory did not create any sort of outside, Trump himself being not someone external to the system. The rise of Trump is the result of a negative hallucination, also called scotomization, the fact of not seeing an existing thing: the refusal to admit that Trump Tower is the best illustration of the society that inflicts harm. Bret Easton Ellis already knew that when, in his 1991 novel American Psycho, he turned Trump into the model for Patrick Bateman, businessman by day and serial killer by night who murders the homeless and tortures women. Actually, the only alternative that Trump’s team is able to produce is the one of “alternative facts,” that is to say raw propaganda. So what we need now is to reopen ourselves to the outside, not a terrifying outside à la Lovecraft—a monster hidden in the ground and waiting to butcher us—but a beneficial outside, an encounter with an otherness able to regenerate our subjectivity and our confidence in justice.

The book ranges thrillingly across philosophical domains, including post-structuralism, object-oriented ontology, and classical philosophy. How would you describe your own formation as a philosopher? What is gained from traversing these strains of thought?

My first training was in political science, and then communication science, but these sciences deliver a kind of knowledge, kinds of explanations, that never satisfied my theoretical thirst. So I came to philosophy because of a dissatisfaction; I wanted to escape the cave, Plato’s cave. But after a while, I realized that the outside, the real outside, was not a place out of the cave, but the cave itself. I realized that the cave, that is to say for Plato the world, is the outside and I understood that to exist means to be outside. To exist means to be out of oneself, and in this regard every being, every thing, is out of itself. From this I try to interpret the whole theoretical field, from classical philosophy to new forms of thought like object-oriented philosophy or new materialisms. What we call post-structuralism was a sort of collective moment of doubt, a period during which classical philosophy was washed and wrung dry, dissected, pulverized into a multiplicity of language-games. Nowadays, theory is oriented by the idea that this limited game is over and that we need to go back to “reality” and “matter.” Alas, or rather fortunately, matter and reality have invented a game in which human thought is only one of the rules. Reza Negarestani’s Cyclonopedia is an amazing enactment of this new cosmic game. The task of the philosophy to come is to explore this new cosmos, our star-spangled cave.

There’s a beautiful polyphonic section in the book—on “coalitions”—that reminded us of Virginia Woolf’s The Waves. You also make reference to poetry: Jack Spicer, Peter Gizzi, Jacques Prévert, among others. Why does philosophy turn to the literary?

Philosophy is devoted to explications, and to make something ex-plicit literally means to un-fold knowledge, to open up the box in which the truth is contained. But the process through which a truth is obtained can lead to two diametrically opposite results. The first one is the flat world in which the light of the understanding has reduced everything to an essence, an identity, a cold definition for ideas in forms of cadavers; the second one is the confirmation that a thing is never only itself. So, either you believe that A=A, or you affirm that A≠A. The philosophical work I opted for affirms that A≠A; but I need the mediation of the understanding to prove it, I need the power of the principle of identity, that states and only states that A=A, to defeat this principle and to do justice to the irreconciliation that A≠A implies. Poetry does not need this mediation, poetry is the affirmation of the non-identity without mediation, at an infinite speed, while philosophy is always compelled to make a deal with finitude: to explain something, you need time, you need to slow down, to check each step, etc. But if I say with Rimbaud “I is an other,” “I is” and not “I am,” then I choose an expression that abolishes time in a grammatical error that invalidates without delay the barbaric belief in the principle of identity. So, in this sense, poetry is already where philosophy would like to be. Then what is the point of developing a philosophy? Precisely because A≠A, because we need an instrument that enables us to think the difference between finitude and the infinite, reduction in speed and acceleration, difference and identity, etc. To be outside also means to be outside of poetry. That’s exactly what every poet knows and it explains why Ben Lerner’s last book is entitled Hatred of Poetry: every poem must contest the identity in which poetry always risks betraying itself.

You’ve taught in French and US institutions. Jacques Derrida urges us, in Who’s Afraid of Philosophy, not to neglect thinking about the institutional contexts in which philosophical thinking and writing take place. How do you see your work with respect to these institutions?

Your question invites me to compare the French and the US context, but I’d prefer to displace the stakes a little bit. Actually, I began to write outside of any institution, then I met with people involved in an informal group of poets, philosopher’s apprentices, and future psychoanalysts. Later, but only later, I wrote a dissertation that concentrated my attention and my creative capacity. But my first experiences were decisive: writing is for me an autonomous activity that is not first ruled by any institution—except if you consider language as an institution. But that’s a contestable conception, since we can consider language first as a singular praxis that is only secondarily fixed in a certain number of rules that poetry, or more extensively literature, keeps subverting, showing that this subversion is the originary source of language. In this respect, to write is to question any context and any institutional frame. That being said, my goal is not to create a weak opposition between the institutional frame and a “freedom” of writing in which I don’t believe, but to produce a confidence in our capacity to exceed any context. To obtain this excess, it’s necessary as a scholar to produce a spacing between the institutional frame, the academic field, and something that exists below and above this frame. A spacing is not a gap: I know very well that a context always informs my writing, every scholar knows how the article she or he tries to write is preemptively informed by the peer review process, how a text can be turned into a mere system of defense, how a hypothesis can become a preemptive theory trying to anticipate the critics and including in advance what was assumed to be necessarily said. In fact, this kind of anticipation has a good side: it enables us to strengthen what we write because we include the opinions of other thinkers. This inclusion prevents our work from becoming insulated. But this inclusion can sometimes be a false opening that turns out to be a neutralization of thought, a paranoiac machine that gains its autonomy thanks to the avoidance of any risk. So what I try to do, wherever I am, is to experiment with the possibility of a spacing able to partially deactivate the institutional superego, the paranoiac machine. Inverting a famous statement by Freud, I would say that we should fail where the paranoiacs are successful: we should never fill the gap that is the source of our creativity with armored significations and preemptive protections; we should never saturate our psychic life.

What are you working on now?

I just finished a long text, that might be a short book, on horror. Basically, I say that horror is what repeats itself. If horror is the endless possibility of its repetition, then escaping horror requires the advent of an impossible interruption. In this text, I call this form of interruption a wonder. To escape from the horrible era of Trump, we will need such wondrous interruption. At the moment, I need to complete a book for Routledge on literature and materialism in which I use literature to analyze Marxist, feminist, and new materialisms.

Frédéric Neyrat is Assistant Professor in Comparative Literature at University of Wisconsin-Madison. He is the author of several books, including Le communisme existentiel de Jean-Luc Nancy (2013), Atopies (2014), and Homo Labyrinthus (2015), which traces the humanist roots of posthumanist theories. Published in 2016, La Part inconstructible de la Terre offers an analysis of dominant Anthropocene discourses. 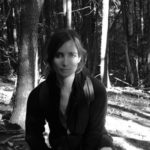 Lindsay Turner is a Ph.D. candidate in English at the University of Virginia and the author of Songs & Ballads, forthcoming from Prelude Books in 2018. Her translations include adagio ma non troppo, by Ryoko Sekiguchi (forthcoming, Les Figues Press) and The Next Loves, by Stéphane Bouquet (forthcoming, Nightboat Books), as well as a book of philosophy by Frédéric Neyrat, Atopias (co-translated with Walt Hunter and forthcoming, Fordham University Press). She is the recipient of a WPR Creative Grant from Harvard’s Woodberry Poetry Room for 2016-17.