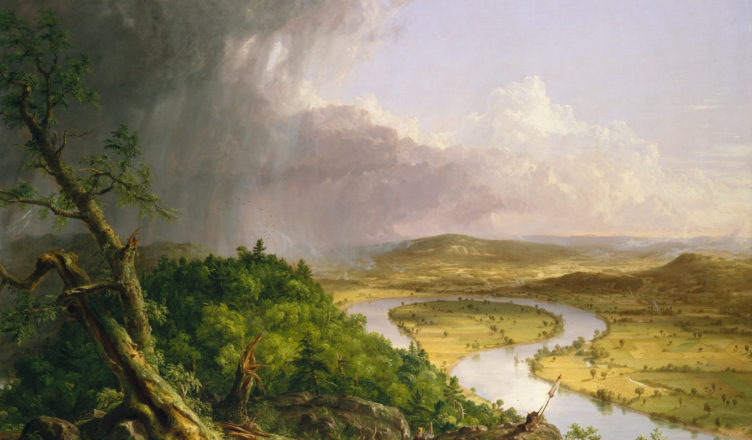 For Walt Hunter, poems are marked, and perhaps even scarred, by the inescapable “everywhere” of globalized capital. Reading poetry now demands new means of attending to what happens to language when it is tested by conditions that increasingly seem apocalyptic. Rejecting what he sees as the “formidable hermeticism” of too much poetry scholarship, Hunter’s new book turns to poetic forms without turning away from the world by which they are shaped. In so doing, it offers an urgent intervention into a field of scholarship that has only recently begun to include political, economic, and racial considerations in its purview. Not content simply to situate the contemporary poem in relationship to capital, Hunter makes an even more surprising claim, suggesting that poets show us the astonishing poetry inherent in certain predations of capital.

Forms of a World is surgical rather than polemical, and it deftly draws on recent work in the theory of lyric to respond to the genre’s latest transformations. With Fred Moten, Chris Nealon, Jonathan Culler, and Virginia Jackson, Hunter discovers a poetic line that embodies sound rather than merely overhearing it, a line that places itself among other registers of language in order to distill or dirty them. No longer the expression of a single speaking subject writing in end-stopped lines, lyric can be spoken communally and take various shapes on the page. Surveying these renovations, Hunter claims, “The lyric is present less as a genre than as a desire” (59). And in Forms of a World, what lyric desires is another world, even as it must bear witness to the end of this one.

Backing up his claim that Anglophone poetry is always already global, Hunter’s roster unites poets from different nations and especially amplifies the voices of women and people of color. His readings of Claudia Rankine, Kofi Awoonor, Anne Boyer, Maureen McLane, Myung Mi Kim, Natasha Trethewey, and Solmaz Sharif, among many others, reveal a world in crisis and harken to the voices of those most vulnerable to its upheavals. Hunter’s examination of work by J.H. Prynne is in some ways the exception that proves the rule: rather than champion the omniscience of the white male academic poet, Hunter suggests that Prynne’s poetics may be most telling for its very limitations, precisely what it cannot see or perceive due to the author’s privileged position. Thinking simultaneously of poets and scholars, Hunter asserts that “the concepts that we need to understand contemporary poetry simply cannot be found in traditions of thinking that reproduce discursively what poets are fighting with all their breath” (6), namely “dispossession, settler colonialism, and systemic racism” (6).

Hunter’s first chapter turns to the ode, and to the ways recent odes abandon the genre’s time-honored address to objects of beauty and security in the world so as to highlight migration, displacement, and dispossession. Irish poets anchor the chapter. Paula Meehan’s “Death of a Field” reveals land becoming commodity beneath the feet of those who depend on it for survival. Seamus Heaney’s ekphrastic sonnet “Banks of a Canal” may seem like a mere occasional poem, but Hunter finds it grappling with the way canals enabled European capitalism to grow and thrive at the expense of social progress. Reorienting contemporary criticism, Hunters shows that this Irish poetry eschews marketable nostalgia in exchange for voices that speak from “exilic, resistant, and socially marginal” positions (29). Hunter looks to American and Iraqi poets to round out a chapter that details the “unlikely urns” addressed by today’s odes (32). These include “a dying planet, precarious life and labor, [and] obsolete household objects”—so many “devastated landscapes for the ode to worship” (32). The new global ode, written by a cadre of global creators including the British poet Keston Sutherland and the Iraqi refugee Manal Al-Sheikh, uses the poetic ‘I’ precisely to articulate the present unavailability of “unfettered movement” (43) and “totalizing vantage points” (39). Hunter ushers out Keats’s “still unravished bride of quietness” and introduces us to a world formed in part by Sutherland’s “TL61P,” the ordering code for the door of a Hotpoint dryer. The commodity is truth, truth beauty—and yet also, in poem after poem, disfiguring ugliness. 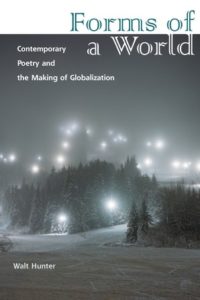 In chapter two, Hunter assesses capital and globalization’s assault on citizenship. He focuses on Claudia Rankine’s Citizen: An American Lyric (2014) as an exemplary case of a work that redefines lyric in order to contest the discourses and practices by which citizenship has always rested on the exclusion of black bodies. Drawing upon Lauren Berlant’s formulations on “everyday trauma,” Hunter suggests that Rankine’s prose poems leave lyric behind in order to invent new forms appropriate for depicting racism on the world stage.1 Hunter’s most compelling writing in the chapter is a close reading of Rankine’s “October 10, 2006/ World Cup,” one of a handful of poems that Rankine and her husband, John Lucas, turned into the experimental  works  they call “Situation videos.” The poem excerpts quotations on the inherent creativity and beauty of black anger in order to contextualize photographic stills of French soccer team captain Zinedine Zidane’s head-butt of Italian player Marco Materazzi, who used racial slurs to insult Zidane.  Reading Rankine alongside Frantz Fanon and James Baldwin, Hunter describes the creation of a poetry of rebuttal, a new “oppositional counter-discourse of the citizen in the era of institutionalized difference” (64). Working alongside rather than in competition with Anthony Reed and Evie Shockley’s readings of Rankine, Hunter models a form of collaborative scholarship—what Oren Izenberg has called “reading together”2 —that breaks the mold of the traditional monograph.

Consistent with this tactic, Hunter next looks to poets who seek out a globalized “we” with which to “call, invite, plead, and curse” in a world where sustaining collectivities have been threatened (65). Linking Sean Bonney, Myung Mi Kim, and Agha Shahid Ali through their pursuit of a poetic “commons,” Hunter traces contemporary exhortations back to a poetic question asked by Walt Whitman: “how can the singular pronoun ‘I’ of the poem contain both ‘One’s-Self’ and the ‘word of the modern, the word en-Masse?” (67-68). It’s a testament to Hunter’s encyclopedic grasp of recent literary history and powers of reading contemporary verse that he looks to John Ashbery’s late writing for a preliminary answer to this question, and finds there, in work that many critics find unreadable, an invitation to previously “invisible voices” to enter a poetic space normally reserved for the ‘I.’ Similarly, Hunter doesn’t shy away from Myung Mi Kim’s experimental, multilingual work to show that the fragments and assemblages of her Commons (2002) “prepare the ground for a ‘we’ by exposing the false universality and the politically produced coherence of existing discourses” (80). Once again, Hunter undertakes to show what Kim’s poetic language does, its active accusation of the social and political spheres from which it may seem, at first glance, to be severed.3

The closing chapter of Forms of a World makes the book’s most compelling argument: that poets have revitalized existing poetic forms to address a world that is no longer intelligible by other means. Arguing that the British prospect poem, in which a single speaker stands atop a hill to survey the terrain below, often in terms of ownership, has found new life in recent times, Hunter finds that “new figures are appearing on the top of the hill,” speakers who deny that sight is possible, or find vision newly precarious in response to crises, including climate change, that “may no longer be prevented or undone” (95). Reflecting on poetry’s complicity with the devastations of the anthropocene, Hunter refuses a rosy vision of poetic language. Atop the hill in this new prospect poem, poets “recognize the inextricability of human making from the devastated landscape” (96) and sense that when sovereign prospects are no longer available, poems offer possibilities and capacities through “flattened adjancency” and “laterality,” a kind of moving sideways through a damaged world (100, 97).

Forms of a World closes with an urgent plea. The global crises of capitalism that have remade poetry demand a new kind of criticism, since “the enduring notion that poetry is rarefied and exceptional speech, remote from the crisis of capital accumulation that defines the contemporary, helps to produce and to normalize the kinds of subjectivity that continue to prop up global capitalism” (126). Forms of a World is a notable first example of this kind of reading, and it serves as a model for what should become, for conscientious readers of contemporary poetry, a collective undertaking to remake the field.

John Steen is the author of Affect, Psychoanalysis, and American Poetry: This Feeling of Exaltation. He holds a Ph.D in comparative literature from Emory and has served as Visiting Assistant Professor of English at Oklahoma State University and East Carolina University. He is currently completing a Master's of Social Work at Columbia.