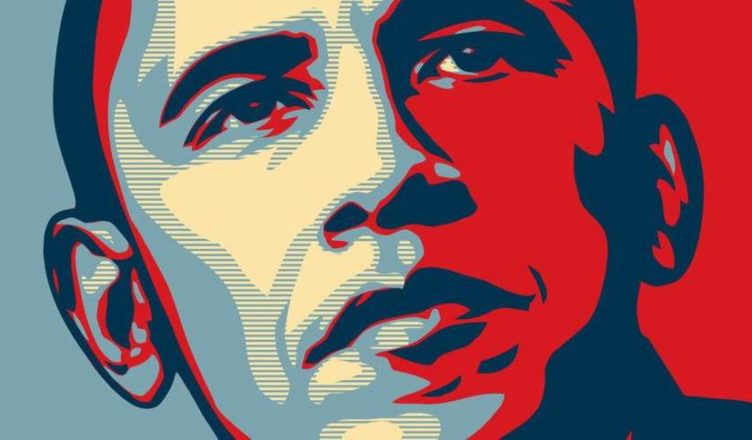 Hope has a bad rap. Time and time again it seems that hope set us up for a fall. And we fall for it repeatedly. Many of us voted for the “Man from Hope” in 1996 and the embodiment of “Hope” in 2008, only to find the word—and the concept—drained of its euphoria and allied with a neoliberal centrism in both presidential administrations. We have all been caught up by, and caught others in hope’s affective snare. It is easy to look at hope with disdain, to see it as ideology in its most naïve form.

Literary criticism and theory have historically dismissed hope as a site of complex inquiry, though several recent books—Lauren Berlant’s Cruel Optimism, Terry Eagleton’s Hope without Optimism and Christopher Castiglia’s The Practices of Hope—have worked to correct this trend. But the book that rejects criticism’s dismissal of hope most outright—as evidenced by its title—is Sean Austin Grattan’s Hope Isn’t Stupid.

Indeed, what Grattan provides is not merely a response to criticism’s disdain of hope, but also the articulation of a new trajectory for criticism that he calls the affirmative turn. This turn attends to negative affect but also understands its tautological power, and understands that to focus on negative affect can lead to “the rooting out and discovering of more sadness, more shame, and more horror” (123). In effect, an affirmative turn is not a merely optimistic; it also negotiates the contagiousness of negative affect in criticism. In performing an affirmative turn, Grattan suggests, we not only acknowledge the pessimism of the present moment, we do so while refusing to be led astray by negative affect such that any world other than the pessimistic one becomes invisible or impossible. 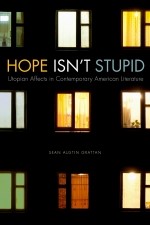 It is with this turn in mind that Grattan focuses on what some might argue is the most naïve of genres: utopian narratives. Hope Isn’t Stupid is devoted to reconceiving the utopian not as a site of solely positive affect, but instead as a set of moments of “small victory” which might provide the “methodological terrain” through which we navigate the “affective pain” of everyday life (2). In Grattan’s affirmative turn “there is a space for reading texts that describe worlds filled with horror, sadness, awkwardness, and shame that still intrinsically report on the state of utopia” (123). Grattan seeks to defamiliarize our sense of utopia by decoupling it from the literary traditions of science fiction and fantasy, and by insisting that utopia is not so much a unified theory of the world as it is an energy that drives us to envision a better life. Accordingly, Grattan reads utopia as “the oscillation between utopian desire and the actualization of that desire” (35). As he sees them, “Utopian narratives loiter around the limits and borders of our understanding, and it is the exploration of this dialectical negotiation that produces new modes of being” (52). For Grattan, utopia is pedagogical. It shows us alternatives that we otherwise would not see, alternatives that may never come to fruition.

At the same time, these narratives remind us that utopias do more than construct a perfect society. Grattan reads William S. Burroughs’s Cities of the Red Night as a retroactive utopia in which “freedom is only possible through a reconstruction of space.” In Burroughs’s novel, freedom is contingent upon open space: who defines it, who is able to occupy it, and who constitutes being free (44). Toni Morrison’s Paradise reveals utopia’s potential to be recognized at the level of the “everyday and the prosaic” work of those exiled from communities (30). In the works of Thomas Pynchon, Grattan finds the utopian in “an undercurrent of resistance” as his characters read their worlds in ways that motivate “further readings, actions, and refusals” (98). Grattan reads Colson Whitehead’s The Intuitionist as a work of “utopian promise…a reorganization of human relations to the world in terms where urbanization is not primarily degrading to the vast majority of the city’s denizens” (109). And in the last chapter, Grattan finds promise in the work of Dennis Cooper and John Darnielle, whose protagonists cope with social and familial abuse through the hope offered by music and who seek invigorating connections with others through music fandom. Their characters may be grappling with intimate relationships, but intimacy promises that even in the direst straits, utopia is possible.

From these texts, Grattan concludes that “hope is not paranoid, nor is it empty optimism; hope leaves tentative feelers out that scrabble and overreach; hope, finally, is consistently battered and blunted, but persists” (125). Hope’s persistence should make it a venerable subject of study and Grattan’s book highlights how much we need an affirmative turn in criticism. Our traditional reading of hope as naïve reveals that, without our knowing it, “the pervasive turn toward negative affects as the natural space for critique has, in part, worked to disarm leftist political thought” (1). What we can find through reading hope, Grattan suggests, is a more complex inventory of texts and a new set of ways to read those texts that replenishes the pessimism which continues to disarm us.

Hope is certainly not stupid. Throughout the book, Grattan demonstrates in lucid prose the profound intelligence of hope: its ability to read objects complexly, to negotiate time and space, to envision a world both radically different and just different enough to be better than the present. Hope provides a method through which we admit to the incommensurable situation of the present and through which we make art that explores its alternatives, large and small.

Hope Isn’t Stupid also reveals the intelligence of the affirmative turn, and Grattan’s readings of utopian narratives show us how to maneuver through a canon of criticism to produce new insight. On the one hand, Grattan suggests the affirmative turn will have to give sustained attention to neoliberal capitalism, which is its foil. On the other hand, it will need to persistently and patiently correct the practitioners of the hermeneutics of suspicion for indulging in the tautologies of negative affect. Ultimately, the turn affirms the possible in the arts of the present rather than expositing its faults and pessimistically dismissing its possibilities even before they begin to bear fruit. In doing such work, the affirmative turn promises to be both reparative and rehabilitative. After finishing Grattan’s book, I was all the more convinced that hope’s bad rap is not reflective of hope itself, but rather our criticism of it, which fundamentally misunderstands hope because it will not succumb to criticism’s penchant for negativity.

Nor should we. Those looking for a method through which they can perform innovative criticism in contemporary literature without relying on the tired tropes of critique will find one here.

Douglas Dowland is Associate Professor of English at Ohio Northern University. His book, Weak Nationalisms: Affect and Nonfiction in Postwar America, will be published by the University of Nebraska Press in 2019.