Fictions produced in and around the peripheries of the capitalist world-system necessarily arrive in the hands of readers in that system’s centers with ideological baggage in tow. Contemporary world literature asks us to confront the histories of land expropriation, labour exploitation, and cultural imperialism that have shaped the cultural contact zones of global literary space. Literary criticism has been largely able and willing to confront these histories. Yet, as Mrinalini Chakravorty demonstrates in her monograph In Stereotype: South Asia in the Global Literary Imaginary, global fictions also carry with them other types of unsavory and undesirable cargo which have not been subjected to the same kind of rigorous, sustained analysis. Stereotypes of poverty, violence, and political upheaval still permeate the fictions of South Asia, though their precise function and persistence have not been sufficiently explained. In Stereotype seeks to rectify this elision, to “show how stereotypes work, and what effects linger” (231).

In Stereotype (2014, released in paperback in 2017) begins at the Jaipur Literature Festival, which has generated debate over South Asia’s representation on a global stage since its first iteration in 2006. In her prologue, Chakravorty raises questions about authenticity, literary celebrity, and the commodification of postcolonialism in relation to the festival by describing a heated exchange between Scottish travel writer and festival organizer William Dalrymple and Indian journalist Hartosh Singh Bal. Between 2011 and 2012, Dalrymple and Bal took their fight over the festival’s status to the pages of international newspapers, each declaring that the other was unable—and perhaps unwilling—to accurately depict Indian culture. Bal took particular issue with what he perceived to be the festival’s excessive reliance on the use of tired colonial stereotypes to make India legible to an international audience. For Bal, the stereotype is a mechanism of subjugation, deployed as a means of extending the colonial era within today’s cultural sphere. But what Chakravorty seeks to demonstrate in her thorough and exhilarating study is that the stereotype in depictions of South Asia does much more than flatten culture; for Chakravorty, the stereotype remains pervasive in fictions from and about South Asia precisely because it generates rather than obstructs a proliferation of possible responses from readers.

The primary gesture of In Stereotype is to interrogate the stereotype—a concept or image we recognize as overly familiar—to reveal its composition, effect, and history. The book’s focus on the stereotype allows for a broad archival and thematic scope; In Stereotype begins with a chapter on hunger and nationalism and ends with a discussion of terror and outsourcing, making interventions in the stereotypes of filth, overcrowding, death, and migrant assimilation along the way. Chakravorty first asserts that “the ubiquity of stereotypes has strangely foreclosed their direct analysis” (17) and follows the trail of the stereotype through proto-canonical works of South Asian literature and film. In six densely woven chapters as well as a prologue and epilogue, Chakravorty meticulously dissembles the concept of the stereotype and its uses in contemporary fictions about South Asia.

It is to Chakravorty’s credit that widely circulated texts like Salman Rushdie’s Midnight’s Children (1981), Danny Boyle’s Slumdog Millionaire (2008), Aravind Adiga’s The White Tiger (2008), Michael Ondaatje’s Anil’s Ghost (2000), Monica Ali’s Brick Lane (2003), and Mohsin Hamid’s The Reluctant Fundamentalist (2007) here regain some of their initial novelty, as Chakravorty frames her texts innovatively. In producing her readings, she intersperses the work of major postcolonial theorists—from Homi Bhabba and Gayatri Spivak—with Eve Sedgwick’s queer reading methodologies (74) and Mary Louise Pratt’s concept of “the imperial gaze” (92), which enables a discussion of “global fictions … as the new frontier of the contact zone” (92). But Chakravorty is also willing to read against the grain, and exposes her primary material’s ambivalent engagement with the concept of the stereotype. Such is the case in her reading of Midnight’s Children, which she suggests is an example of both colonial and postcolonial stereotyping with regard to the representation of the multitude. Chakravorty argues that Rushdie’s novel is interested in dispelling the anticolonial stereotypes surrounding non-violence and hunger strikes even as it “reveals a profound and declarative misogyny that attempts to stereotype the postcolony as a singularly feminized and procreative multitude” (78).

Rather than insisting on a text’s capacity to resist or subvert commonplace stereotypes, Chakravorty explores the ways in which South Asian cultural production leverages the affective capacity of the stereotype to interrogate the responses of reader and consumer. In an analytic move clearly indebted to Edward Said’s Orientalism, Chakravorty argues that the stereotype points back at the reader, and that it says as much the reader who requires the translating device of the stereotype as it does about the entity which is stereotyped.1 Her gesture of turning an analytic impasse into a point of departure is therefore both argument and method; while Chakravorty locates stereotypes in the works of Salman Rushdie or Michael Ondaatje, she also suggests that the very presence of these stereotypes demands a critical reading practice that takes into account how the text utilizes the readers’ expectations and subsequent responses. In her third chapter, which addresses slum tours that became popular in the wake of Slumdog Millionaire’s success, Chakravorty asks whether the surveilling gaze of the colonial anthropologist might here be turned backwards on itself, writing that “that which the stereotype makes visible is also internalized as a form of self-surveillance” (92). 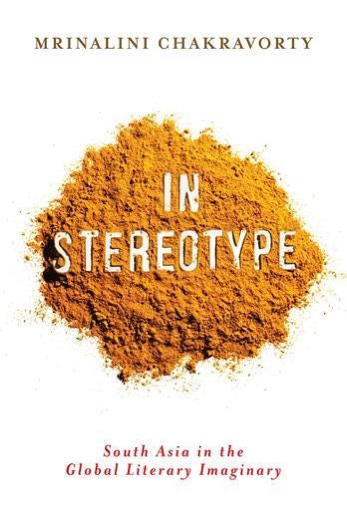 In Stereotype is most compelling when it investigates the ways in which stereotypes engage the readers of postcolonial texts. Issues of transformation and reader interpellation coalesce around Chakravorty’s discussion of the unsettling effect of mimicry. In the cases of Hamid’s Reluctant Fundamentalist and Chetan Bhagat’s One Night at the Call Centre (2005), Chakravorty argues that it is the self-consciousness and artifice of both impersonations and stereotypes that complicates any straightforward reader response to the depiction of terror and outsourcing in each fiction. Hamid’s protagonist Changez presents an ethical quandary as he contemplates his inability to feel honest grief in the wake of 9/11. Confronted with “the task of reading ethically” (30), readers of The Reluctant Fundamentalist cannot revert to a place of comfortable comprehension. In dislodging both mimesis and terror from their stereotypical associations, the novel asks what we are really encountering when we are confronted with a stereotype.

While each chapter makes a unique contribution to Chakravorty’s project of uncovering “the stereotype’s elasticity”(1), it is the discussion of Michael Ondaatje’s Anil’s Ghost in Chapter Four that best illustrates the stereotype’s ethical double-bind. Here, the stereotype of the postcolony as “an archive of death” (121) questions the attachment to individual responsibility in human rights activism. From Chakravorty’s vantage point, Anil’s Ghost looks less like a novel that subscribes to stereotypes of Sri Lankan violence and more like a demonstration of the inadequacies of theories of selfhood for describing social life in the postcolony; Chakravorty writes that “the idea that collective death in the postcolony can be conveyed only as a universal stereotype is vital to the novel’s critique of liberal, rights-based assumptions about global violence” (134). The fact that the route towards a collective ethical response to violence leads through stereotypes of mass death does not diminish the validity of the novel’s critical intervention. Chakravorty’s reading of Anil’s Ghost is exemplary in that it reveals the alternative capacities of a discursive device we have come to understand as a reductive tool.

When in her fifth chapter Chakravorty writes that her reading of Monica Ali’s Brick Lane is more interested in “how stereotypes are constituted with regard to migrant subjectivities” than “the question of whether the text ultimately upholds or critiques stereotypes” (155), she is not just circumventing the analytic route of reading for resistance, but demonstrating that this very approach might not be fit for purpose when it comes to the study of contemporary postcolonial literature. In Stereotype is therefore much more than the “postcolonial biography of stereotypes’” (30) that Chakravorty promises in the opening chapter. In her powerful interrogation of stereotypes, Chakravorty implicates the reader and critic of postcolonial literature, and in so doing, demonstrates just how often our unwillingness to confront the stereotype produces new forms of critical fixity. In Chakravorty’s hands, the archive of South Asian cultural production is both complicit and subversive; it is reliant on stereotypes to function, but equally unwilling to leave them uninterrogated.

Readers will find ample points for departure in Chakravorty’s work, especially in light of recent efforts to further integrate South Asia into global development projects. The proliferation of “Invest in a Girl”-style campaigns that leverage the stereotype of religious opposition to education in order to imagine the South Asian girl as the subject of neoliberal futurity seems like a natural addition to Chakravorty’s conceptual genealogy.2 Though the conclusions that In Stereotype draws are specifically built on an analysis of cultural production from and about South Asia, the book’s theoretical scaffolding could yield compelling arguments in relation to other geographies such as sub-Saharan Africa or the Middle East.  Outside of its immediate context, In Stereotype serves as a reminder of the terms that still govern literary interactions with postcolonial spaces and of the uneven terrain on which world literature meets its readers.

Christine Okoth is a Research Fellow at The University of Warwick where she is working on a monograph about extraction, race, and the contemporary African novel. She completed her PhD in English Literature at King’s College London in 2018.