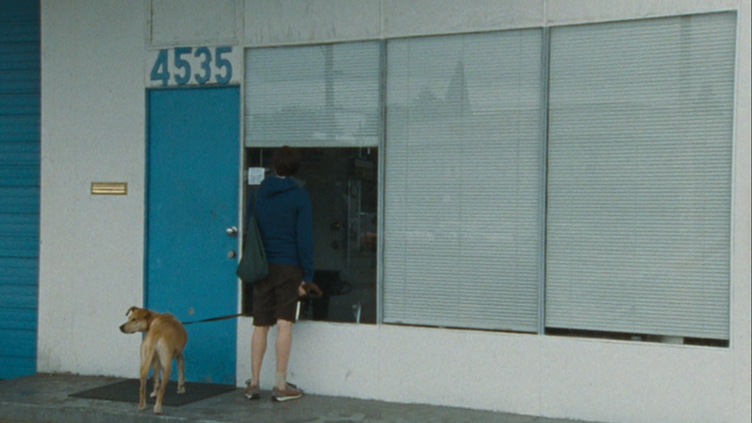 Film still from Wendy and Lucy (2008), directed by Kelly Reichardt

A quick perusal of the University of Illinois’s Contemporary Film Directors series, to which Katherine Fusco and Nicole Seymour’s Kelly Reichardt makes an important contribution, reveals less than a handful of women subjects. While the scope of the series is admirably global, the choice of subjects is reflective of director-centric approaches to film: it is always men that get the attention. While I am tempted to divert into quoting Pauline Kael’s infamous essay “Circles and Squares” from 1963, which takes male-dominated auteur theory to task, it would be a disservice to this timely study of Reichardt’s work. Fusco and Seymour’s excellent book connects the filmmaker’s signature formal concerns—long takes, diegetic sound emphasizing the environment, and the consistent foregrounding of quotidian actions—to what they argue are the critical concepts that inform her body of work: emergency and the everyday. For Fusco and Seymour, Reichardt’s use of realism shows “that emergency, rather than constituting a break from the everyday, might be a version thereof” (4, emphasis in original). The precariat class, environmental degradation, and economic decline all constitute emergencies for Reichardt, whose films depict these issues through small stories about people who are trapped, lost, or otherwise marginalized.

Each of the book’s chronological chapters examines a specific concept in relation to a single or pair of Reichardt’s films. These concepts—realism, precarity, duration, and environment—are echoed across the book as a whole, and anyone familiar with Reichardt’s work can easily see how these dominant themes resonate throughout her filmography. The chronological structure of the book allows the reader to trace not only the thematic and formal concerns of Reichardt’s work but also the way her career as an independent filmmaker has progressed. By considering her frequent collaborators, including Todd Haynes, Jonathan Raymond, Larry Fessenden, the book also discusses the wider context of independent filmmaking, and is careful not to treat the films strictly in terms of their content and style. That being said, this is one area of the book that could use further development, especially as issues of funding and development are irrevocably linked to independent filmmaking. 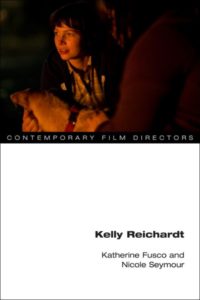 The first section of Kelly Reichardt examines the dramatic shift from Reichardt’s first feature, River of Grass (1994), to her second Old Joy (2006). While the films “could easily be mistaken as the works of two different directors,” this section argues that both films exhibit a “skepticism toward mainstream film practices” and reveal a key shift from psychological realism toward the “depersonalizing neo-neorealism” that informs a consistent critique of the neoliberal focus on individual choices rather than structural oppression and emergency (11-12). Moving to Wendy and Lucy (2008), the second section examines the film in relation to Hurricane Katrina and the road movie to show the impact of precarity, or “why interconnectivity and interdependence come to look like risks, threats, or burdens under such conditions, and how commitments to people, places, and animals come to be unsustainable” (36). Reichardt’s association with slow cinema informs the section on Meek’s Cutoff (2010) and duration, using westerns and the myth of American progress to argue that Reichardt’s films function as counternarratives through their emphasis on characters who are stuck or lost, left behind or pushed out of the “frenzy” of modernity (54). The authors again highlight genre in the section on Night Moves (2013), which considers how the thriller works in relation to Reichardt’s “class-conscious environmental commentary,” mapping “environmental change as a record of human intervention onto the thriller’s traditional focus on recording technologies” (73, 81). The final section reflects on Reichardt’s “aftermath cinema”—the way her films often begin in media res or deny the viewer climactic or key events that would be included in a classical narrative—in relation to the Anthropocene and the use of the nonhuman in her work as a whole.

One of the strengths of Kelly Reichardt is its accessibility; it draws on theoretical models ranging from realism to affect studies to ecocriticism and deploys close formal readings in support of its arguments. It is an excellent model for students of film, who often struggle with anchoring the theoretical or thematic to the audiovisual style of the film.  Considering the “neo-neorealism” of Old Joy, for example, Fusco and Seymour analyze the way the opening of the film uses cinematography and editing to give equal attention to the topography and the individual characters, connecting the conversation between the characters Mark and Kurt to their larger economic situation. The authors argue this sequence shows “a focus on the self and one’s feelings of righteousness [that] often prevents the emergency landscape that created the situation of personal crisis from coming into view” (27). This careful attention to the way the film connects characters to “structures they may not see” and critiques those structures through the sound and visual choices anchors the political and theoretical insights firmly within Reichardt’s spare, slow style.

One of the common critiques leveled at Reichardt’s work is that it is overwhelmingly focused on white subjects; this is often attributed to the filmmaker’s repeated use of the Pacific Northwest as a setting. Fusco and Seymour take care to address the whiteness of Reichardt’s work as “a fact of demography in all her films important for understanding her cinema as particular to contemporary economic and political contexts” (31). Their analysis begins with a reading of Old Joy as a critique of “leftist failures” and continues with Wendy and Lucy, which “reminds of us how the political right in the United Sates has managed to co-opt people like Wendy” (37). In the “contemporary states of emergency” in which Fusco and Seymour locate Reichardt’s work, characters “articulate discourses of progress, of certainty, though we see that their lives are in fact defined by diminishment, unpredictability. They insist that they are exceptional, when we know that they are just one of many on the economic brink” (38). Later, the book connects this to Reichardt’s position within ‘slow cinema’ to argue that “[by] decoupling temporal progress from ideas of success and productivity and instead connecting time’s passage to the slow unfolding of emergencies, Reichardt questions the teleological assumption that people in the United States are moving toward a better future” (56).  For Fusco and Seymour, the whiteness of Reichardt’s cinematic worlds furthers her political critiques by drawing attention to the myths of progress and success underlying the American Dream. Unfortunately, the timing of the book meant the authors were not able include a discussion of Reichardt’s most recent film Certain Women, which would have offered a chance to nuance these arguments even further.

The book concludes with a 2013 interview that the authors conducted with Reichardt in her New York home. While offering insight into Reichardt’s process, the discussion also takes some (often hilarious) turns into Teen Mom in relation to Wendy and Lucy and the difficulties of working with oxen while making Meek’s Cutoff. At one point, Fusco and Seymour ask Reichardt about being a working filmmaker—Reichardt is an Artist in Residence at Bard College—and she expresses relief that they didn’t ask her being a “woman filmmaker.” While Reichardt’s films (particularly Meek’s Cutoff) do draw attention for their feminist interventions, she (and the book) avoid making that a central point. Kelly Reichardt is a filmmaker, full stop, and Fusco and Seymour’s book offers a satisfyingly complex approach to the political import of her contributions to contemporary cinema.

Chelsea Wessels is Assistant Professor and Co-Director of the Film Studies minor at East Tennessee State University. She received her PhD from the University of St Andrews in Scotland, where her work focused on the emergence of the western as a political and popular genre in global cinema. Her research interests include local cinema history and archives, global film genres, and feminist filmmaking.