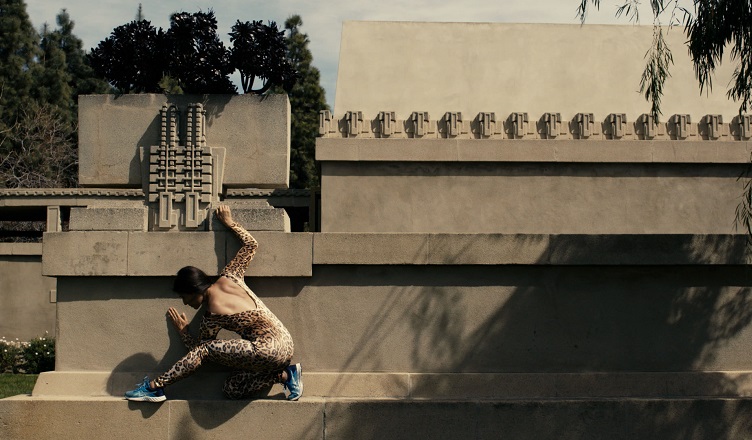 A trio of Quechua words announce the Whitney Museum’s first exhibition dedicated to Latinx artists. Spoken together, “pacha, llaqta, wasichay” invoke spaces of nature, community, and domesticity. They also form a sonorous sequence that brings resonances of the past to bear on the modern art museum, with Quechua words refiguring conceptions of space in the context of the contemporary art gallery. The words describe place as a concept with enormous reach: both far and wide, familiar and strange, spiritual and bureaucratic. Seven artists touch on these themes in works that conform to expectations of current art: they deploy installations, video, and performance to pose questions about cultural representation. By reframing these issues as Latinx and indigenous, however, they also upend them. They insist on the presence of indigenous space, thereby exposing tensions and shortcomings in contemporary art that other shows have avoided. Pacha, Llaqta, Wasichay not only shows us a superb group of Latinx artists making art about indigeneity and the built environment. It also argues that contemporary artists are doing the hard work of critiquing and resisting colonialism’s erasure of indigenous knowledge.

The artists in this show often use bodies and memories to traverse immense expanses of time and space. Like anthropologists or historians, they succeed because they are sensitive to their roles as interlocutors, translators, and educators. In some cases, critique of simulacra is the point. In Ch’u Mayaa (2017), Clarissa Tossin appropriates the appropriator, using the setting of Frank Lloyd Wright’s Maya-inspired Hollyhock House as the stage for a video in which a dancer attempts to dominate the structure with her body. In others, recovering familial knowledge is the goal. In their drawings and collages, both Guadalupe Maravilla and Ronny Quevedo pay homage to their fathers by using indigenous structures to conceptualize space: Maravilla maps his father’s immigration route in the style of a fifteenth-century Nahuatl codex and Quevedo reorganizes pictorial and physical space by mixing the plans of meso-American ball courts with contemporary playing fields.

Many artists show that mediation is not just unavoidable, but in fact essential to accessing indigenous knowledge that is often embedded in communal memory or improvisational circuits of culture. Drawing on collaborators, Jorge González constructs a space for displaying Taíno culture—a gallery within the gallery—in which he presents objects borrowed from museums, rubbings of Taíno rock carvings made by an anthropologist in the 1950s, and books. In a series that pays homage to the creativity of unnamed designers, Livia Corona Benjamín photographs grain elevators built by communities in rural Mexico. Both González and Benjamín use materials to bring to light how immediate connections with these remote subjects are manufactured. González evokes a Taíno space with the smell and texture of palms and Benjamín fashions herself as a documentarian by using black white photography and methodically presenting multiple images.

The conflicts between indigeneity and modernity at play in their work would be poorly served by a term like intersectionality, and the curators, much to their credit, do not use this or any other obfuscating language to describe the complex issues on display in their exhibition. Instead, they present manifold approaches to representing diverse strains of indigenous culture. The fact that the seven artists are shown in separate galleries as a series of sequential proposals that can be traversed in different sequences helps convey the complexity and diversity of their approaches. The generous pacing of the show allows us to compare individual approaches as impressions accumulate. Artists access indigenity with different degrees of proximity and distance and through a great variety of mediating devices, making vivid their distinct experiences of globalization and migration. The “spaces” they evoke also evoke these different experiences for the viewer. From one gallery to the next, the spaces transmit different charges: Tossin creates a highly staged theatrical space, Quevedo’s and Claudia Peña Salinas’s are delicate and airy, whereas González brings the landscape inside and both Maravilla and Benjamín diagram and map unofficial histories. On the exterior terrace, william cordova injects the steel and glass Manhattan skyline with the organic and improvisational qualities of his wooden scaffolding. In all cases, the artists play with modernist tropes, including the white cube, the grid, and the principle of truth-to-materials.

The show’s focus on artists of Latin American decent is worth belaboring. The curators’ use of Quechua connects their project to a history of fighting for Latinx representation in museums and speaks to the Whitney’s desire to revise how they represent American art. Indigenous languages were taken up in an earlier history of Latinx peoples in the United States, when Chicano and Boricua artists embraced labels chosen by civil rights and cultural activists and founded institutions like El Museo del Barrio and Galería de la Raza. The introduction of the term Latinx in the show’s introductory wall text and the inclusion of Spanish-language didactic text further signals the museum’s commitment to acknowledging Latinx, and educating non-Latinx, audiences.

There is also no doubt that the exhibition proves the importance of indigenous culture and art practices for contemporary art. But the concluding lines of the introductory text ask too much of the works on view by claiming that they can “transcend” a “Western concept of architecture.” While I appreciate the curators’ desire to avoid rehashing hybridity, the decolonial struggle this show presents is ongoing and unresolved. A definitive transcendence of a Western concept of architecture is most often impossible in this hemisphere, and certainly not in the artworks of artists trained in the West. Artists do carve out spaces of opposition. But even in these, the relationship between colonizer and colonized is close or even interdependent. This is made beautifully clear in many works in the show: when González stages a study room about the Taínos he must depend on the knowledge of books, or even on images collected by an English anthropologist. When Maravilla reimagines his father’s emigration as a Nahuatl codex, he must go to a French library to see the indigenous document. As such, these artists do not transcend Western concepts of architecture so much as they allow us to glimpse such concepts through indigenous conceptions of space and built environments—and, necessarily, the colonial, imperial, and indigenous histories that occupy them.

If Walter Mignolo’s call for decolonial action guided this curatorial project, Néstor García Canclini’s observation that contemporary art exhibitions are where civil discourse now survives serves as a rejoinder. This show’s accomplishment is that it poses productive questions without being able to resolve them. Civil and global in their importance and reach, the questions it generates relate to issues of inequality and who has the ability to speak. There is no question that colonialism is the “dark side” of modernity, as Mignolo would say. But art itself does not have the luxury of standing outside of either colonialism or modernity, for these processes are neither complete nor defeated.