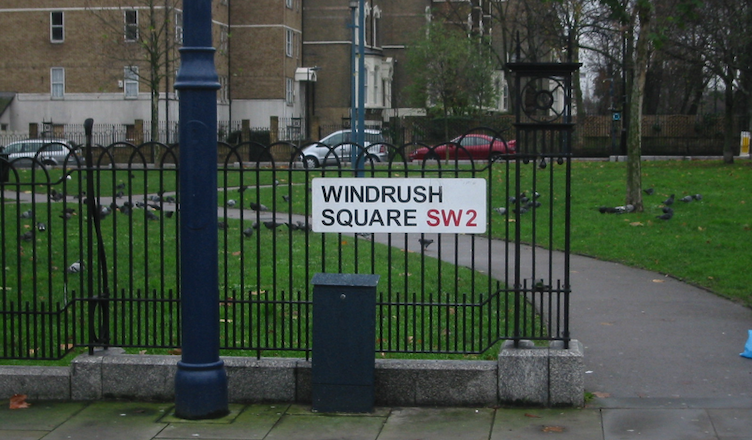 In 2019, the possibility of a “post-racial” world seems impossible; in an era of wall building, Brexit, and immigrant crises, race remains a defining political and social category. However, in  Rethinking Race and Identity in Contemporary British Fiction, Sara Upstone argues that contemporary British writers have been utilizing a form of “utopian realism” to gesture toward a possible post-racial future of a fundamentally different society (3). Realism and utopia may seem to be incompatible concepts; one gestures toward idealized possibilities and the other toward documenting actualities, but the two terms come together for Upstone in a project that “positions contemporary British fiction as a mode of writing that… is playing an active part not merely in mapping the role of race in contemporary British society, but also in vigorously engaging with the debate as to what that future society should—and could—look like” (3). For Upstone, contemporary British fiction documents the present while also gesturing toward a vision of the future.

In an introduction, seven chapters, and conclusion, Upstone reads the ways in which a wide-ranging cast of contemporary British authors over the last several decades have gestured toward a post-racial England, a “possible future and not a present reality” (4). For Upstone, offering a potential future as an idealized version of what “can be” only works if the future is identifiably possible. To this extent, realism for Upstone, “must be central to ethnic fictions if they are to posit political interventions” (8). Monica Ali’s Brick Lane (2003), serves as a primary example of Upstone’s argument. According to Upstone, the book doesn’t portray a fully realized present but rather speaks toward what a possible post-racial future may look like.

Upstone engages with a number of contemporary British novels to illustrate her claims. Each chapter examines a particular subset of approaches in contemporary British fiction that work toward the post-racial. The first chapter, “Utopian Histories: Retroactive Possibilities,” examines works of contemporary historical fiction such as Julian Barnes’s Arthur and George (2006) and Andrea Levy’s Small Island (2004) to argue that these authors have used historical fiction as a way of reimagining the past and “complicating the concept of a racially ‘pure’ Britain in order to re-vision contemporary emphasis on Britain’s changing racial demographic” (26).

The second chapter, “Utopian Destinies: Anti-biological Textualities,” discusses instances of contemporary British fiction in which authors challenge biologically determinist notions of race. Through analyses of texts such as Hari Kunzru’s The Impressionist (2002), Zadie Smith’s White Teeth (2000), Helen Oyeyemi’s The Icarus Girl (2005), and Ali Smith’s There but for the (2012), Upstone argues for “the possibility of recognizing biology as a limited factor in the construction of identity” (64). For Upstone, these novels open up the possibility of reimagining a social system that transcends race. 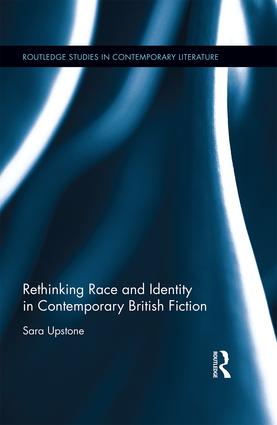 Upstone follow this chapter with a discussion of the relationship between the post-racial and the post-human. In “Utopian Ecologies: Post-human, Post-racial,” she reads texts that expand upon or move away from Paul Gilroy’s “planetary humanism.” She discusses the work of post-human scholars (including Rosi Braidotti, Donna Haraway, and Francois Laruelle) and examines novels such as Maggie Gee’s The Flood (2005), Neil Gaiman’s Anansi Boys (2006), and Kazuo Ishiguro’s Never Let Me Go (2005). Upstone once again offers an encyclopedic reading of contemporary British fiction, though this chapter is particularly strong for its engagement with scholars of the post-human.

The fourth chapter, “Utopian Bodies: Some Kind of Blackness” looks at positive depictions of race through what the author calls “not a matter of the post-racial, but rather the post-racist” (87) through readings of Diran Adebayo’s Some Kind of Black (1996), Courttia Newland’s The Gospel According to Cane (2013), and Diana Evans’s The Wonder (2009.  The book’s fifth chapter, “Utopian Difference: Making Love,” turn to Zadie Smith’s NW (2012), Kunzru’s The Impressionist (2002), Diana Evans’ 26a (2006), and Jackie Kay’s Trumpet (1999) for opportunities for desire and love to offer avenues to a post-racial future. Drawing on theorists including Alain Badiou, Giorgio Agamben, and Jean-Luc Nancy, Upstone argues that the utopian impulses of these texts are dependent on love, not simply desire. Love, for Upstone, allows for social transformation and genuinely “embracing diversity” (126).

Upstone’s most compelling chapter is “Utopian Failures: Pitfalls of the Post.” It opens with the author’s admission that we obviously aren’t able to assert that we live in “post-racial” world. Upstone admits that her chosen novels offer less an argument for a post-racial British society currently on display in parts of London and more a gesture toward different ways of seeing racial and future possibilities. Upstone looks back on the January 2015 Charlie Hebdo attacks in Paris and the 2015 Syrian refugee crisis in Europe as examples of the ways in which race remains a defining category throughout Europe. Through readings of Smith’s NW (2012), Nirpal Singh Dhaliwal’s Tourism (2006), John Lanchester’s Capital (2012), and Guatam Malkani’s Londonstani (2006), Upstone’s goal is “to examine some of the ways in which fiction has responded to this enduring problematic” by challenging what she identifies as the “otherness machine” (128).

Upstone’s reading of Malkani’s Londonstani serves as a segue to one of the more notorious “post-racial” controversies of the last decade: the 2015 discussion surrounding Rachel Dolezal and her identification as transracial. In Malkani’s novel, the character Jas serves as a catalyst for a discussion about the so-called “transracial” because “what makes him Asian is a set of behaviors and attitudes, and a physicality rooted in skin color, but rather in codes of behavior” (136). Speaking to the controversy over Dolezal, Upstone asserts “that Dolezal’s claims were largely rejected reveals that although Londonstani is deeply embedded in dialect and accurate geographical reference points that point to the representative, its racial politics is nevertheless profoundly utopian in spirit.” She claims that “Jas’s recognition as Asian represents an acceptance that one might be transracial that is not yet reality” (137). Malkani’s fiction contrasts reminds readers that the implications of a post-racial society are at their center still “utopian” and not actualized.

Upstone closes her book with the chapter “Utopian Realities: Practical Utopias,” which looks into small moments of utopian behaviors, such as those between friends, that offer “a kernel of tangible social relationships to inspire broader social vision” (146). The chapter reads novels such as Maggie Gee’s My Cleaner (2006), Patricia Duncker’s Miss Webster and Chérif (2006), and Caryl Phillips’s The Nature of Blood (1997) and examines the potential for post-racial connection. She concludes by optimistically contending that even though race continues to be a defining category “the utopia is closer to the real than it has been in any moment in the past” (167).

While Rethinking Race and Identity in Contemporary British Fiction engages with scholars of race such as bell hooks and Paul Gilroy, Upstone’s reading of the post-racial would benefit from a more thorough theorization of the global, especially as a number of her compelling examples (the Charlie Hebdo attacks, the Syrian migrant crisis, the Rachel Dolezal controversy) come from outside of England. There is much room for further development and application of her ideas in the work of contemporary American and continental European authors. That being said, readers will find that Rethinking Race and Identity in Contemporary British Fiction covers an impressive swath of contemporary novels and is a valuable text not only for scholars in the fields of literature, but also for interdisciplinary scholars of race, gender, and urban studies.

Adam R. McKee is an Assistant Professor of English and Interim Chair in the Department of Language, Literature, and Communication at Elizabeth City State University in North Carolina. He received his PhD from Florida State University where his work focused extensively on the intersection of transatlantic modernism and urban studies. His work has recently appeared in the Journal of Urban Cultural Studies and the William Carlos Williams Review.