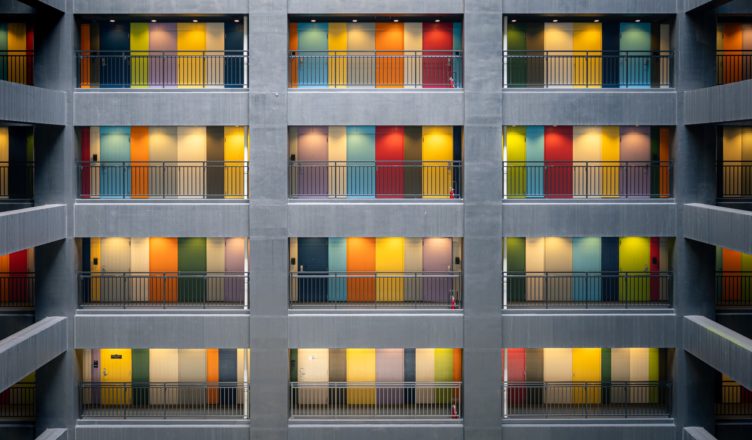 Thomas Pynchon has long been heralded as perhaps the quintessential American postmodern writer. But two valuable new collections published last year by Cambridge University Press challenge the idea that postmodernism is the only, or even the best, context in which to consider Pynchon’s vast body of work. Together, Inger Dalsgaard’s Thomas Pynchon in Context and Joanna Freer’s The New Pynchon Studies illustrate the diversity and breadth of Pynchon studies at the present moment, and encourage us to move beyond some of the rather stale and outdated concepts and approaches that have traditionally governed discussions of his work. As Freer argues in her introduction, “the ‘newness’ of Pynchon studies in the twenty-first century derives from its engagement with advances in critical and political theory, with developments in political activism, and also with the new analytical opportunities and material afforded by the advent of the digital age” (2). In other words, although post-structuralist and postmodernist approaches continue to be useful in reading Pynchon, his challenging, at times encyclopedic, works exceed those frames. The new vistas opened up by this critical shift—which Freer refers to as “the political turn” (10)—become apparent when one considers the wide range of readers, scholars, and critical approaches Dalsgaard and Freer have brought together in their collections. Each volume contains new work from long-established Pynchon scholars alongside insightful, emerging critics, scholarship from both inside and outside of academia, and essays informed by expected critical fields like Eco-Criticism and New Materialism, as well as by some less common approaches, like computational graphing.

Far from being simply a product of the 1960s and 1970s, Pynchon’s oeuvre remains one of the most vital bodies of work of the past half century because it anticipates and responds to the “myriad of exciting innovations in the postmillennial period, the so-called postcritical age” (Freer 2).1 This flexibility and broad scope can make it difficult to identify the value of Pynchon’s work in any generalized way, because critics informed by different critical fields inevitably define his contributions differently and sometimes at cross-purposes. However, these collections present some of the larger trends that have recently emerged in Pynchon studies, and together they neatly outline some of the key features of this “political turn.” For starters, Freer marks this shift by a recent “increased interest in Pynchon’s writing of history” (5). Dalsgaard concurs, and she devotes nearly the first third of her book to the most recent examinations of Pynchon’s historical imagination. With a career that spans roughly the last sixty years, Pynchon’s political thought has developed within the shifting American political landscape since the days of counterculture. His critics, thereby, insist that there is much in his work useful for understanding how we have gotten to where we are and where we might be headed.

Both collections also build on an earlier phase in Pynchon studies that emphasized a post-structural or deconstructive approach to reading his novels. The “primary concern” of that phase, according to Freer, was “with the way his writing calls into question the cultural, linguistic, and literary structures that produce and legitimize particular notions of truth” (Freer 3). This approach had its benefits—particularly, it helped to identify Pynchon’s opposition to any form of hierarchical, or vertical, organization—but, as Freer explains, the move away from “the deconstructive approach” has “led to the rise of the plurally constituted interconnected web or network as a dominant conceptual paradigm” (3–4).  Dalsgaard, in fact, structures her book according to this paradigm of a networked society, inviting us to read Pynchon as a “community,” and urging us to find “clusters [of essays] that may be read in combination, ideally enabling… a deeper understanding of connected themes or fruitful dialogue” (3).

This network model of reading Pynchon has also taken priority because it provides “an ethical basis for real-world political action” better than the poststructuralist and postmodernist approaches (Freer 4–5). Such a practical “treatment” of Pynchon’s work has long been missing, and as Michael O’Bryan argues in his chapter for The New Pynchon Studies, it may have been because “Pynchon’s identifiably anarchist politics often do not register as politics within a literary academy steeped in Marxian historiography” (141). The trend to read Pynchon as an anarchist continues to gain momentum in both collections, because it fits nicely with a horizontal, network model. However, it is important to note that the “political turn” in Pynchon studies does not remain limited to anarchism alone. As Freer explains, this new emphasis on “real-world political action” is “informed by recent advances in feminist and race theory”, “new forms of political and environmental engagement (digital ecologies and network anarchisms)”, and “twenty-first-century political events and discourses (9/11, ‘permanent crisis,’ the ‘postfactual’)” (4–5).

Dalsgaard’s Thomas Pynchon in Context offers a wonderful entrance into this new phase.  It consists of forty-four short, snapshot chapters, which together offer an almost comprehensive outline for some key sites of inquiry for contemporary Pynchon studies. The chapters grouped in “Time and Places”, the volume’s first section, primarily delve into “the temporal and geographical settings” of Pynchon’s novels and feature sharp discussions of the almost bewildering variety of locations and historical periods that comprise Pynchon’s fiction, while also tracing his ideas about mapping and “metahistory.” The second section, “Culture, Politics, and Society,” is the largest section in Dalsgaard’s collection, and these chapters identify twenty of the most common motifs, themes, and fields of study. For example, Ali Chetwynd and Georgios Maragos credit Pynchon with improving how he writes about women after his hiatus, recognizing his recent works as “plausibly responsive… to the wider culture, to his own personal circumstances, and to the limitations of his [male] peers” (124). However, they ultimately conclude that, though “[r]arely plain conservative, Pynchon is still conventional where we might expect transgression, essentialist where we expect fluidity” (128).2

Pynchon’s engagement with sex and gender form one of the many rich “clusters” of essays in this collection; other “clusters” form around the increasingly central role of family in his later novels, his criticisms of capitalism and class structures, his trademark obsession with conspiracy and paranoia, or his thoughts on anarchy and terrorism. These “clusters” share a sense of Pynchon’s undecidability and what that undecidability might say about the author’s politics. Generally, the collection presents Pynchon as against all systems of “closed determinism” and emphasizes how Pynchon’s experimentation aligns with “underground” modes of “resistance,” especially those that favor chaos, uncertainty, and free-flowing information as necessary and viable modes of political action (Dalsgaard 165).

To be sure, such extreme fluidity and ambiguity is one reason why Pynchon’s fiction is so challenging and endlessly debatable. While the chapters in the final section, “Approaches and Readings,” offer helpful and updated entry points from some of the long-standing names in Pynchon studies—such as Kathryn Hume, Hanjo Berressem, and Brian McHale—one of the unique features to this collection is its positive treatment of much of the “non-academic” material that Pynchon’s writing has inspired. Michel Ryckx and Tim Ware contribute a short essay on the number of internet resources that have sprung up around Pynchon’s works—some of which they developed themselves, such as vheissu.net and ThomasPynchon.com. Ware, in fact, still maintains the “Pynchon Wikis,” which freely allow all readers to update the pages with information they have tracked down. It acts, then, as an ever-refining, mutable resource, and confirms the sense that Pynchon’s works are best read communally. This is especially fitting, because such egalitarian accessibility, Thomas Pynchon in Context suggests, is one of the cornerstones of Pynchon’s political motives.

Compared to Dalsgaard’s extensive collection, the fourteen essays gathered in Freer’s latest book deliver a more selective and rigorous examination of Thomas Pynchon’s fiction. The New Pynchon Studies largely offers its illustrations of Pynchon’s oeuvre and politics by centralizing his more recent novels—generally, those novels published after the eighteen-year hiatus from novel writing that he took after publishing Gravity’s Rainbow in 1973—explicitly rebuffing the pejorative label of these later works as “Pynchon Lite”.3 Refreshing some of the most common topics in Pynchon studies, such as postmodernism, paranoia, ambiguity, anarchism, film/media, and redressing the charges that his writing is too unintelligible to be useful, the volume is divided into three major parts. The first section, “Theory,” traverses the intersection between Pynchon’s late fiction and more recent theoretical practices, “namely post-postmodernism, the ‘post-paranoid,’ new materialisms, and posthumanism” (2). The second section, “Politics,” foregrounds the issues of gender and race “fused” to the “central nervous system” of his novels (in contributor Sue J. Kim’s terms), as well as how these works might inform real-world political activism. And, the final section, “Analysis,” debates how technological advances affect our ability to read Pynchon’s notoriously difficult texts. Collectively, the essays here paint Pynchon’s overall body of work as dynamic and weigh the maturity of his later fiction by how it accords with historical and political changes.  In this way, The New Pynchon Studies helps to resuscitate Pynchon studies from a waning critical interest in his work that began in the late 90s.

Enquiries, such as these, into the “real world” political value of Pynchon’s work have been gathering steam since the early twenty-first century. Thomas Pynchon in Context and The New Pynchon Studies are not as much a distillation of this trend as they are an invitation to participate. Taken together, these collections suggest that this is a healthy, exciting time for Pynchon studies. By demonstrating how much can be gained by approaching Pynchon with new methods and critical frameworks, by reading his “post-hiatus” novels in greater depth, and by considering his work within fresh contexts, these volumes give us a better sense of Pynchon’s overall achievement and lasting significance, as well as his ongoing relevance to contemporary culture.

Thomas Tooley is a Visiting Assistant Professor at Florida State University. His research focuses on non-realist forms of narrative in twentieth and twenty-first century literature and film. His work will appear in the forthcoming Understanding Flusser, Understanding Modernism from Bloomsbury.