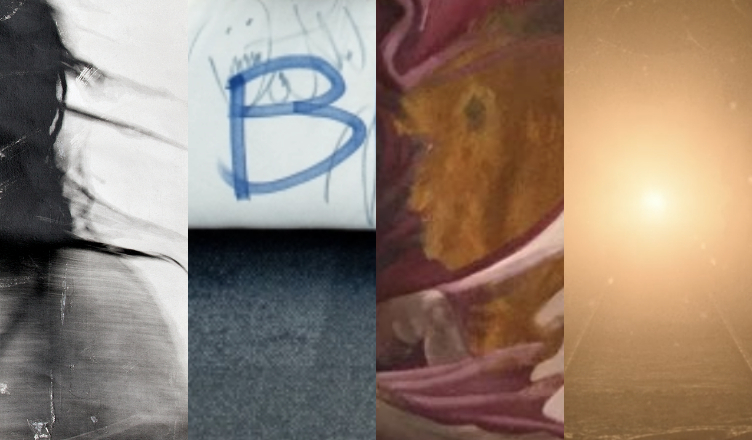 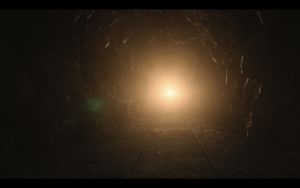 In The Underground Railroad, Colson Whitehead makes concrete (I am tempted to say “literally concrete”) the mythic image that many children imagine upon first learning there was such a thing as an “Underground Railroad”: an image of real Black people on a real railroad, escaping North, through the bowels of the earth. The image quivers with a sense of possibility, and impossibility—animated by the liberation and the constraints of the child-like mind. It is curious, then, that Whitehead gives the first utterance of the phrase “the Underground Railroad” to the story’s narrator. A Georgia slave catcher, we are told by the narrator, shared “rumors of a new branch of the underground railroad said to be operating in the southern part of the state, as impossible as it sounded.”1 The ambiguity in the line seems almost perfectly calibrated to stymie the reader’s curiosity: Is it the part of the state in question—“the southern part”—that makes the existence of an underground railroad “impossible”?

When Barry Jenkins adapts Whitehead’s novel for the screen, he makes a change that all but abolishes this ambiguity. In the first episode of The Underground Railroad (“Georgia”), he lodges the phrase “Underground Railroad” in the minds of two white characters; it is first mentioned in an exchange between the slave master Terrance Randall (Benjamin Walker) and the slave catcher Ridgeway (Joel Edgerton). Giving the Underground Railroad to characters to contemplate introduces a fresh dilemma: it foregrounds the problem of the railroad’s phenomenal presence and presents for our view minds groping irresolutely to either conceptualize or apprehend a sensuous object in the world. They never describe the actual underground railroad in their exchange, but they do say enough to render its phenomenal aspects. They appear to know that they are looking for a sense object (Have you seen it?), though neither knows exactly what they’re looking for; both are keeping their eyes peeled (When I see it I’ll believe it), and for a portal of some sort (It is as though a nigger escapes and slips through to a different world), but as for exactly what it looks like, neither can say. 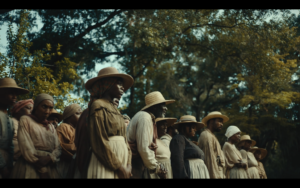 Viewers may also experience a sense of vestibularity (crossing over a threshold, passing through a portal) in another scene from this episode: a scene of antiblack violence that has become very much a part of Americans’ visual muscle memory. A slave by the name of Big Anthony, who has been returned to the plantation after attempting to escape, is whipped and burned by his master. It is a gruesome scene and, in many respects, essential to the entire series as it establishes the horror that Cora (Thuso Mbedu), the protagonist, will spend the rest of the series attempting to flee. But the scene has also been criticized as yet another image in the voluminous visual archive of antiblack violence that pours from our smartphones. According to this argument, viewers subjected to this horrific spectacle are conscripted into “bearing witness” to the violence; sutured into the traumatic history, ironically, by a film which intends to undo the trauma.2 Aware of this potential, Jenkins has underscored the lengths to which he went to distinguish “the scene I was actually making” from “the scene I wanted to make sure I wasn’t making.”3 Visually, he admits, “it was much more about the characters experiencing the trauma of having to witness these things than the gore of what was actually happening.”4 The mise-en-scene reflects these investments with several white guests of Terrance attending a garden party to one side of the horrific spectacle while the plantation’s slaves stand just to the other side of the spectacle, conscripted to witness the barbaric act of torture. Jenkins seems to acknowledge that to arrange the characters in this way might not prove adequate, and so for a brief moment he shifts the point of view. As Anthony hangs there very close to death, the scene shifts to his point of view. He looks back at his torturers and while the audience is locked into seeing things from Anthony’s perspective, he blinks.

The anthropologist Clifford Geertz, borrowing his example from the philosopher Gilbert Ryle, famously distinguishes between the blink, an involuntary twitch, and the wink, a special form of communication that is self-conscious, even conspiratorial; the former only requires a “thin description” of human behavior, while the latter must be interpreted through a “thick description” in order to yield an understanding of the culture as “seen through other people’s eyes.”5 It isn’t clear whether Big Anthony’s eye movement is best categorized as a blink or a wink, an involuntary twitch or an intentional suturing of the viewer into the gaze of racial terror. In fact, the ambiguity seems to place “the gaze” somewhat to the side of things.6 The ambiguity seems to lead us instead back to that phenomenological uncertainty, that uncanny object of an Underground Railroad—as threshold, portal, and vestibularity materialized.7 Slavery’s lacerations and woundings “in the flesh,” the literary critic Hortense Spillers famously observed, creates “the distance between. . . a cultural vestibularity and the culture.”8 In Anthony’s final moments, we are reminded that “precisely because black cultures arose in the world of normative violence. . . and the virtually absolute crush of the everyday struggle for existence, its subjects could imagine, could dare to imagine, a world beyond the coercive technologies of their daily bread.”9 “No more masters! No more slaves!” Anthony howls as he expires.

When I first learned of the Underground Railroad as a child, I pictured real Black people on a real railroad, escaping North, literally underground. But when recently I told a friend (who is white) that I was writing a piece on The Underground Railroad, he asked why Whitehead/Jenkins had to make it a literal railroad, so clearly he hadn’t. I cannot shake the sense that seeing potentials in the real world that feel impossible might offer evidence that you’ve already been touched by the horror, even if you don’t know it.

Stephen Best is Professor of English, Koshland Distinguished Professor in the Humanities, and director of the Townsend Center for the Humanities at UC Berkeley. A scholar of American and African American literature and culture, his books include None Like Us: Blackness, Belonging, Aesthetic Life (Duke University Press, 2018) and The Fugitive's Properties: Law and the Poetics of Possession (University of Chicago, 2004). He is currently working on two projects: a book on the problem of obviousness in Black art, and another on the phenomenology of style in James Baldwin.