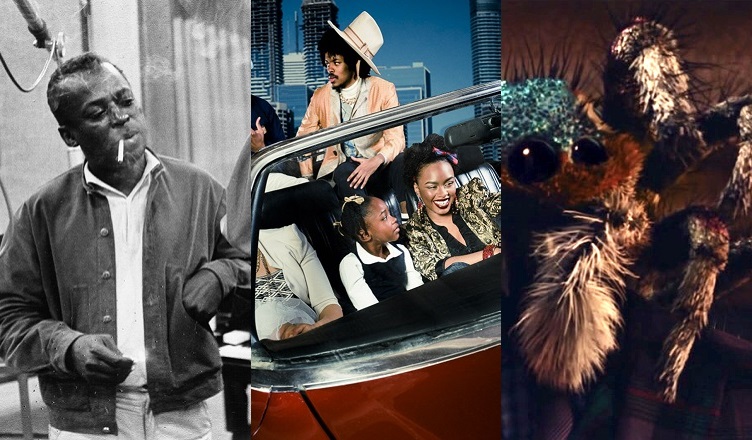 Positioned side by side, text and image are joined to tell us something about the limitations of the archive and the curvature of subjectivity. An eighteenth-century fugitive slave advertisement reads in part: “Run-Away from the subscribers, between the hours of seven and eight o’clock yesterday evening, a NEGRO WENCH named BETT.” We are told that “Bett” is “about eighteen years old,” and that she “speaks English, French and German.” The text is upside-down, highlighting the interplay of power and the permutations of failed logic that mark the history of enslavement. The ad goes on to say that Bett is “big with child,” and due to give birth in a few days. These are the sparse details provided the reader, but they are a way to enter a world made by slavery and unmade by its slippery contours. Beside the eighteenth-century fugitive slave advertisement we see a visual representation of Bett, rendered contemporary and signifying on this historical past.

The work is part of a recent series, Wanted (2015), in which Afro-Canadian photographer and video artist Camille Turner with textile artist Camal Pirbhai highlight the presence of black visuality that has sustained black Canadians and built present-day Canada. A collaboration, Pirbhai and Turner visualize the futurity of black Canadian subjectivity in defiance of the past. Using runaway slave advertisements from Canadian slaveholders during the eighteenth century, Wanted uses the sartorial descriptors from the notices to imagine a future beyond the yoke of enslavement.

Wanted juxtaposes the original advertisement with the description of the last-known clothing worn by the enslaved escapee. These details are reproduced by Pirbhai in a contemporary setting with subjects who are temporally beyond slavery but sartorially tethered to its memory.1 Turner and Pirbhai’s portraits ask us to imagine Canada’s black embodiment as a product of slavery’s residue, and part of the literal fabric of the nation’s past, present, and future. Steeped in what Tina Campt refers to as the visual “grammar of black futurity,” these portraits resist stasis in favor of a fluid economy of exchange: subject to viewer, that imagines the difficult work of freedom-making in the contemporary moment.2

Turner and Pirbhai create the glimmery subterfuge of embodied knowledge that permeates through Canada’s mythic narrative of freedom.3 Twenty-first century Bett is a striking black woman, with a dark complexion and long legs. She leans forward from the seat on what appears to be a chaise lounge. Though wearing sunglasses, her eyes can be seen returning the viewer’s gaze. Sporting a “blue Kersey jacket” and with a tiered tulle yellow and rose-colored petticoat, her stance is one of determination. She appears at once at ease and prepared to move at a moment’s notice. A gold ring, bangles, and large face watch adorn her hands, visually conveying the divergent (dollars, guineas, gold coins) iterations of monetary awards attending most fugitive slave advertisements.

Engaging in a purposeful alignment with fashion photography, the portraits in Wanted present the gloss of magazine layouts in large-format images that are all the more spectacular for their archival resonance. Duplicating the specificity of the advertisement’s “last seen wearing” detail on a glossy print also gives us a sense of sartorial subterfuge. What does an item of clothing, strategically worn, tell us about desire? Fashion photography offers a mood, an aura, and a sensation. Wanted does this as well, while also dictating the terms of black embodiment so that the beauty of the subject is made visible.

The final photograph of the series is the only one with more than a single “future” imagined. The notice mentions five runaways: Isaac, Ben, Flora, Nancy, and four-year-old Lidge. Turner’s image offers us the vision of a tomorrow that is ever moving, ever shifting. The passengers in the vehicle are moving in a direction that has no punctuation and no specific end point. They seem unable to be contained by the frame of the photograph. We know them by their sartorial descriptors — “short blue coat, round hat, and white trousers, Devonshire kersey jacket, lined with scotch plaid corduroy breeches and round hat, white cotton jacket and petticoat”—but this is not the end of their story.

The distance between evasion and capture that punctuates fugitive slave advertisements tells us something about what is and is not possible in the realm of the visual. As such, Wanted offers us documents that illustrate the extended durée of enslavement while also playing with the limitations of the archive. The series allows slavery’s meaning—the refracted vision of unfreedom that always engulfs its refusal in the futurity of progress. As Saidiya Hartman writes, “The agency or theft or the simple exercise of any claims to the self, however restricted, challenged the figuration of the black captive as devoid of will.”4 It is will that presents itself in the images for the series. Wanted operates as a refraction of the violent mechanisms of slavery that cannot be seen without effort, without desire. The visual dissonance encoded here, that the formerly enslaved have “wants” as well, is one way artists represent the vibrant humanity of their subjects. In Wanted there is the possibility of self-possession, of corporeal harmony. In this quest for harmony we might safely call these disparate fugitive subjects by name: Isaac, Ben, Flora, Nancy, Lidge, and Bett.

Kimberly Juanita Brown’s research engages the site of the visual as a way to negotiate the parameters of race, gender, and belonging. Her book, The Repeating Body: Slavery’s Visual Resonance in the Contemporary (Duke University Press) examines slavery’s profound ocular construction through the presence and absence of seeing in relation to the plantation space. She is currently at work on her second book, tentatively titled “Mortevivum: Photography and the Politics of the Visual.” This project examines images of the dead in The New York Times in 1994 from four geographies: South Africa, Rwanda, Sudan, and Haiti. Brown is the founder and convener of The Dark Room: Race and Visual Culture Studies Seminar. The Dark Room is a working group of scholars who are invested in examining the intersection of critical race theory and visual culture studies.