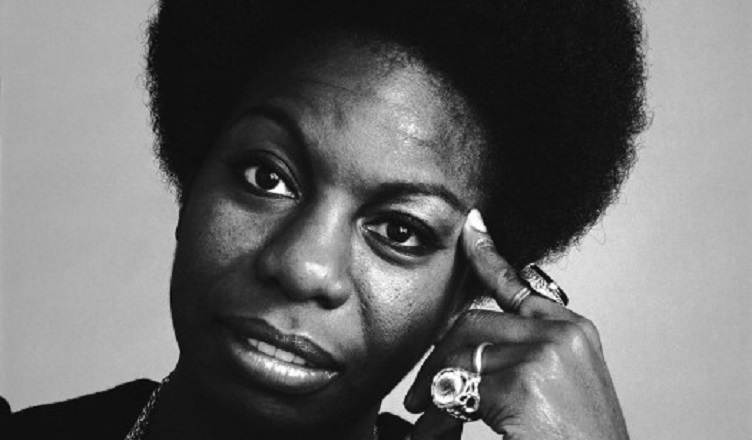 Nina Simone’s first recorded attempt to cover Judy Collins’ 1968 hit “My Father” is dated February 1971. It resembles a failed take, or perhaps a warmup, or rehearsal. Listed as “My Father/Dialog,” the recording was improperly logged and subsequently lost. That is, lost until it was one of four songs discovered in the RCA vaults during the preparation of a greatest hits package devoted to her tenure on the label. The recording was eventually released in 1998 on The Very Best of Nina Simone: Sugar in My Bowl (1967-1972).1 Simone’s RCA recordings exhibit the continued shifting of her star persona throughout the 1960s from concert pianist to Civil Rights singer and beyond.2  Unbothered by musical categories or any other terms of confinement, her work on the label featured more inclusion of soul, blues, and pop in her repertoire. During this period Simone was formulating a black liberation pop songbook.

A paternal tribute, Collins’ song features a woman musing on her blue-collar beginnings in Ohio. Once somebody’s daughter, the youngest sister and the last to leave home, the narrator thinks of her past life while now looking over the Parisian cityscape. The coal miner’s daughter remembers the promises made and dreams imparted by her father of better days to come. A little over a minute and a half, the recording of Simone’s cover opens with her solo at the piano and chatting with others in the studio. The echoed starkness of the production amplifies her enunciation of the song’s opening verses. Unlike the soprano intoning by Collins, Simone offers a grounding contralto in the place of soaring airiness. Settled into the melody, Simone delivers the first verse with an additional quip as an aside, “You know you don’t believe that.” The direct address to you targets the listener. Cheeky and seditious, the undercutting of the paternal pledge signals Simone’s infidelity to and ultimately her disinterest in the cover song shenanigans of simply inhabiting the place of the original protagonist.

The contour of her vocals reaches a crescendo before the piano and her singing abruptly stops at the close of the “He worked in the mines” lyric. While holding the final note her singing dissolves leaving no trace of effort or commitment. At that, she deadpans, “I don’t want to sing this song—it’s not me. My father always promised me that we would be free, but he did not promise me that we would live in France.” This “self-interruption” becomes punctuated by her deep laughter.5 The volume of her amusement shifts from loud to low with the movement of her body rocking to and from the microphone. Sonic motion capture. She struggles to quell her joyful burst in order to continue speaking, “They’re going to take you away again.” The recording engineer patches in a query over the monitors, “How about Brooklyn?” To this, Simone replies, “No, my father knew nothing about New York. He promised me that we would live in peace, and that, maybe I’ll still get. Okay we’ll have to skip that one.”

If a cover bears the expectation of a repetition accented by a nuance, then Simone falls short of this objective. When she says to “skip that one” the song becomes ‘that which shall not be named.’ She stops herself and completes an unraveling of the song’s conceit. Dismissed as too precious a fantasy for her, she casts it aside as impossible and breaks the hold of the fantasy necessary for the song. She’s not hating on the song, she’s hating a world that limits access to the possibility of experiencing and identifying with this song.6 With the halting of her performance, she renders the world of “My Father” strange and uncanny.7

Michael Awkward suggests that when musicians perform covers of popular songs a performative doubling occurs, “They utilize familiar songs as sonic and lyrical canvasses upon which they test, display, and promote their evolving notions of the connections between their musical and experiential selves.”8The conceptual connection in “My Father/Dialog” between Simone’s musical and experiential selves unequivocally demonstrates a difference surrounding the sentiment of nostalgia and paternal wishes. While Collins speaks to the dreams of our fathers, Simone steals away from the song’s intentional cast to speak of dreams deferred. She proffers profane rejection in the place of sacred submission to the Judy Collins original. Importantly, Simone’s acts of sonic dissent can never be strictly limited to her catalogue of protest songs alone. Her record of cover songs consistently entailed a covert transgression of genre and form. As Daphne Brooks crucially notes,

Repeatedly, Nina Simone staged a kind of performative sit-in that yielded what we might think of as a kind of socio-politicized musical crossover—one that was less about achieving conventional success on the pop charts and more concerned with barreling into putatively forbidden representational territories.9

Never just an attempt to mimic the feelings or fortune of another, Simone’s cover tendencies assigned new values by re-stipulating the terms of the popular.

Simone’s attempt to recast the song becomes mediated by her specificity, her contextual imbuing of another history and memory—her blackness.10 While she doesn’t want to sing the song (it’s not me) she nevertheless performs a desire and a possibility in the sense deduced by Josh Kun, “Music insists on the possibility of difference, even when that difference is something we have not yet learned how to listen to.”11 He promised me that we would live in peace, and that, maybe I’ll still get. While maybe attests to baited anticipation, the terms of peace are conditionally tied to her father’s hopes and also to a negative logic, something only recognizable as a coveted difference from the current state of things.12 They’re going to take you away again. You signals her abstracted self-awareness as she pronounces her sense of precarity. Are they those unnerved by her truth?

Her daddy may never have spoken of France, but many expatriates including Simone herself explored it as an option. An exact(ing) and exquisite read, Simone’s black performative dissent enacts a crucial and hostile witnessing. She does not simply lure the listener to feel and process a familiar melody, lyric, and rhythm newly minted by another’s tongue. Simone’s counterpose demonstrates an unwillingness to be convincing. Her black disobedience intones a double voicedness of a me and not me. I am still not free? With Nina Simone I hear fuck you and Claudia Rankine’s disquieting thoughts on going hungry and living through antiblackness, “Appetite won’t attach you to anything no matter how depleted you feel.”13 Undone by wanting on a steady diet of nothing, a performer chooses to stop.

Nina Simone’s first recorded attempt to cover Judy Collins’ 1968 hit “My Father” is dated February 1971. It resembles a failed take, or perhaps a warmup, or rehearsal. Though, she does not fail; she refuses.14

Thanks to Emily, Peter, and Amy for their work. Love, love, love.
Thanks so much to Abe Foley for all the ASAP/J goodness.

Next: Amy Herzog, Sylvester, “You Make Me Feel (Mighty Real)”