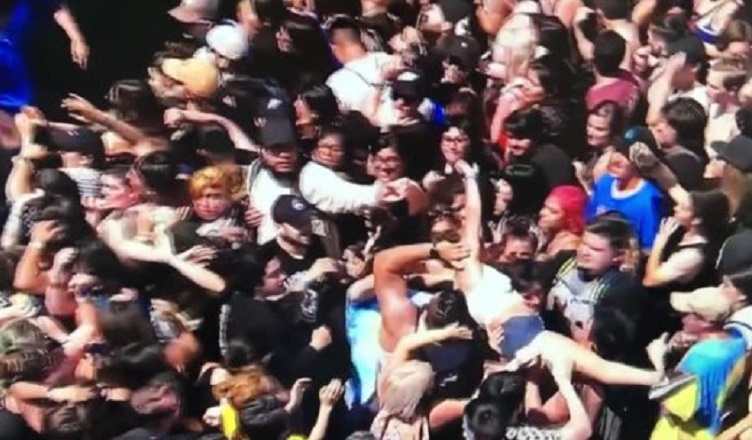 There is a haunting moment in the midst of Jennifer’s Doyle’s incendiary, indispensable book, Campus Sex Campus Security. In it, she’s working through some of the complications of the language of trauma as it operates in discourses about rape. “What would it mean,” she writes,

to detraumatize the discourse of rape? What would it mean to reconcile the language of trauma (as a “fate worse than death”) against the ordinariness of peoples’ experiences with sexual coercion?1

The problem with the language of trauma for Doyle is not that it is without purchase or use. It is rather to do with a kind of spectacularization of sexual coercion and, more generally, of what we might call eroticized gendered harm, such that the ordinariness of such harm – the grinding, exhausting, soul-dispiriting dailiness of it – gets harder to see, to name, to describe in all its rich and shitty and everyday detail.

Only one way to think about #MeToo – the hugely unfinished project that was commenced more than a decade ago by Tarana Burke and that continues to unfold around us – is as a decentered, collective, polyvocal effort to surface just that ordinariness and, in turn, to denaturalize it. It is a project that works to make legible this laborious daily management of the multiscalar sexual violences of patriarchy for those subject to it. I want to think about only two singers, from very different pop terrains – indie-folkie Phoebe Bridgers, and hiphop and neosoul phenom SZA – who give flesh to just this framing of #MeToo. What’s at stake in their songs isn’t trauma, exactly. It is, rather, a quotidian gendered awfulness – call it Disaster Heterosexuality – and the labor of getting into relation to it.

A few songs on Phoebe Bridgers’ debut record from 2017, Stranger in the Alps, take up, in the post-Joni Mitchell style, the after-effects of a bad breakup. These are less rancorous fuck-yous than they are mordant and rueful. But something else transpires as well. Take “Motion Sickness,” about the slickest pop production on the record, in which you can hear a Lilith-Fairish condensation of everyone from Sheryl Crow to Paula Cole to Shawn Colvin to Liz Phair. It begins:

Over the next few minutes, in shorter and longer circuits, the song plays out an alternation between an angered sense of having been harmed, even unto stunted insensibility, and something else: a niggling residual tenderness. The singer won’t give up on either – the hating or the missing – and that irresolution charges the song with its funny tensile energy.

But these genial notes, these friendly though barbed asides, corrode. For in the final verse the singer arrives at a different caliber of disquiet, repeating the line, “You said when you met me / you were bored.” There, in his willingness to say such a thing, out loud, is a swift little reminder that this person, whatever his attractions, was not the kind of man who held his lover’s fragilities especially tenderly in hand. He is, that is, an asshole, a person of haphazard cruelty. But then there’s the kicker: “And you,” she sings, giving up a bit on her own impulse to shield this ex- from a more punitive kind of scrutiny: “You were in a band when I was born.” Now, for all the delectable cutting meanness of that line, it’s not especially pleasant for the singer of this song, I don’t think, to realize she had been made so easily a part of someone else’s grotesquely familiar erotic trajectory. He’s the shitty older man preying on the vulnerable young women in the scene: a type if ever there was one. And there she is, locked into this familiar, dreary, diminishing drama, and trying to conjure for herself some viable flight away from it.2What emerges, in all, is a portrait of someone coming of age into the quotidian disaster of heterosexuality, such as it is lived out under the authorizing sign of patriarchy.

Almost concurrently, but from a different aesthetic precinct, there came the record of another young woman riding out the rough seas of contemporary femininity. This was SZA’s Control, which has aptly been described as paradigmatically Frank Oceanish in its wedding of hiphop beats and neo-soul progressions to an outrageous melodic fluency. Such fluency is anchored, above all, by the singer’s rangy, liquid, splendidly authoritative voice. SZA is that rare and wonderful thing: a belter with extraordinary delicacy. Here, too, is the record of a young woman not much interested in disavowing desire – in black respectability, say – but in working through its dense entanglements. “Love Galore” gets to this precisely.

It seems at first another song of post-breakup anatomization. “I said farewell / You took it well / Promise I won’t cry about spilt milk.” And there’s a he-said she-said quality to the track too, enhanced by Travis Scott’s answering rap, as well as by the boastful swagger that SZA’s voice, at first blush, can seem so perfectly suited to. (As when she exults, “You’ll do what I want / Get what I want / Get what I need.”) It’s a song, you could say, about desiring a man too much to let him go, and being sort of ok with that.

But not entirely. As it turns out, the song pivots on an invocation of violence – and not merely emotional violence – that it almost as rapidly drops. About that violence: this is not, say, a Whitney Houston song, where the context of inflicted pain is made legible most in its soaring virtuosic overcoming. There is virtuosity enough all over Control, to be sure, but “Love Galore” is nearer Edith Piaf, or Billie Holiday, where the interplay of virtuosity and of violence explicitly named, makes for much of the work’s distinctive aesthetic power. For what are we to make of the studious offhandedness with which the song offers up, among the other sorrows of entanglement with an unfaithful man, the line, “Why you hit me when you know you know better?” It’s a small sort of thunderclap in the song – an irruption, momentary and fleeting, of the unspectacular ordinariness of harm where patriarchal entitlement is the context for loves galore. Truly if you wanted to trace out the quotidian violence of men, you could do worse than pay attention to the timbre of SZA’s voice here, as that swift woundedness walks itself out, and uncoils toward the concluding line of the verse: “got me lookin’ forward / to weekends with you.” I could talk to you for an hour and not exhaust the microshifts of intention, mood, and misgiving that play themselves out in these seconds. Again, this is not a song that wants no part of heterosexuality, or that is interested in foreswearing desire. But it is a reckoning with the environing conditions of that desire.

These songs are not polemics. They are rather the vibrant accounts of two young woman working to get in relation to the ordinariness of patriarchal violence and coerciveness – and trying to do so in a way that neither naturalizes it nor renders invisible (or inaudible) the lived-out, self-sustaining resourcefulness of the women who have been and are its subjects. Not polemics, then: testaments.

Peter Coviello is the author of four books, the most recent of which are Make Yourselves Gods: Mormons and the Unfinished Business of American Secularism (Chicago, 2019) and Long Players: A Love Story in Eighteen Songs (Penguin, 2018), selected as one of ARTFORUM’s Ten Best Books of 2018. He is Professor of English at the University of Illinois-Chicago.