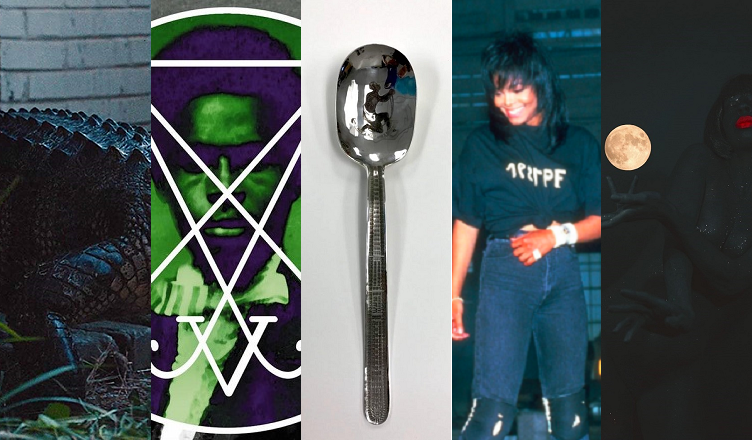 Consider an absurdist turn in an episode of Atlanta.

It’s under a minute. And yet, because it is rendered in slow motion, it feels much longer, even out of time. It is the exit of a large alligator out of a one-story house in a suburb of Atlanta, Georgia just at the moment when the police expect a black man to come out instead and face . . . well, the law, one could say—in the form of cuffs or gunshots, or death. The ‘gator is the man’s avatar and his exit is dilated swag. An extended close-up of the beast as it glides out, slick even in its low-laying heft, suggests smooth but deadly power. A pimp packing heat dressed to the hilt with the finest alligator shoes. And a lover to boot—the soundtrack is The Delfonics’ soulful “Hey! Love.”

The alligator belongs to Willy (Katt Williams), a has-been music manager who has been arguing with his young nephew “Earn” (Donald Glover) while the police pound at the door.1 Willy locks up his girlfriend Yvonne in a room after suspecting her of robbing him of fifty dollars. But she makes some phone calls out saying she has been kidnapped, which bring Earn and the police. In the carceral intensity of a house under siege Earn insists that Willy step out and face the charges. Willy threatens to send out his alligator instead.

Willy cannot afford to have police arrest him for kidnapping, or raid his house and find, among other things, a gun he gives to Earn (it is golden; phallic af and, in this context, glorious). Since Earn is on probation, he cannot be caught with a gun. Eventually Yvonne leaves. Earn leaves too and joins Willy’s neighbors, who have slowly gathered to watch the stand off. This is when the alligator, who is offhandedly referred to by his name, Coach, as if he were a domesticated pet, comes out in his full glory. Earn turns his head just as The Delfonics’ harmony starts: “Hey love . . . Turn your head around (turn your head around) / Take off that frown / You’re in love.”2 And he realizes that he is in love; we are in love—his face mirrors the viewers’ in its astonishment and delight. Coach is a thing of beauty. 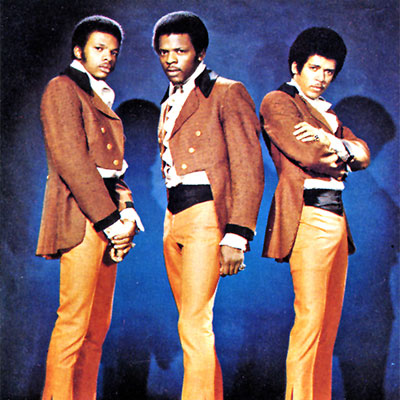 My thick description here is meant to dilate the moment he swaggers out even more than the slow motion of the camera does even though Glover’s Atlanta smartly cuts the moment short. Coach’s slow motion strut switches registers when the camera speed goes back to normal and the sound of The Delfonics is no longer attached to his gait but is shown to be coming from Willy’s house. The spell is broken. “Where is Willy?” one of the cops asks. But then the camera changes focus and we see Willy running down a seemingly endless street, wearing nothing but a robe and long, white socks. Coach was not only his avatar but also his decoy—the trickster has staged his escape. “Hey Love” returns as the soundtrack to the show.

If Atlanta invokes the spirit of the much-sentimentalized trickster, a figure so over-determined it signifies saccharine banality at worst, romance at best, it does so strategically.3 The show uses long standing tropes in the Black tradition in condensed fashion—compressed to better re-gather their potency and reclaim them from overuse. By compressing and dilating the trickster, the bad-ass pimp, the smooth crooner all into a moment that lasts under a minute, followed up by a fugitive running down a seemingly endless road, Atlanta returns us to the pleasure one might have felt when the trickster was the stuff of long tales told on the porch or the stoop. Through condensation and dilation, Glover gives us black swag in a brief jolt of life-affirming energy. The aesthetic strategy necessitates a critical response similar to the slow motion with which the camera captures Coach. I further dilate the scene the better not only to savor it but also to linger on its implications.

A strutting Coach embodies both Willy’s imprisoned masculine power and the vitality of black art. The substance of the cage that threatens or confines both is only hinted at in the episode, but what the show as a whole has to say about the music business gives us a greater sense of what comprises this cage: the constant threat of appropriation and of commercialization against which black art needs to guard; the threat of madness it presents to some (think of the Michael Jackson episode in the series); the violence of the music business (Willy gives Earn the gun because Earn is also a music manager); the structural brutality of necropolitics of which these conditions are part.4

If Atlanta presents black life and black art under threat, it simultaneously enacts the ever-transforming power of fugitivity that is endemic to both. That power is in the spell-like moment of the pure, strutting coolness of Coach’s exit, and in Willy’s run, both of which, in their respective briefness and speed, preempt any impulse to empty sentimentality or commodification. That power pushes against the tragic familiarity of the scene Willy and Earn enact in the house: two black men trying to live under the threat of police, of jail, of death. The jolt of life that Glover’s dilated swag offers insists that though the scene is black life in America, black life cannot be reduced, caged, or diminished to a narrative of destruction and death. “Kiss my black ass,” Willy says to the cops when they tell him to step out and “talk” to them.

Right on, Willy, right on.

Glenda R. Carpio is Professor of African and African American Studies and English at Harvard University. She is the author of Laughing Fit to Kill: Black Humor in the Fictions of Slavery (2008). She co-edited African American Literary Studies: New Texts, New Approaches, New Challenges (2011) with Professor Werner Sollors and is currently at work on a book tentatively titled Migrant Aesthetics, a study of contemporary immigrant fiction. She is also the editor of The Cambridge Companion to Richard Wright (forthcoming, winter 2018).