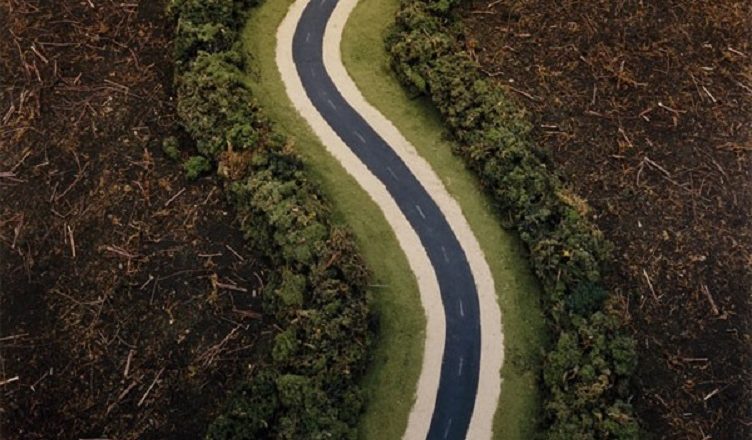 In Unthinking Mastery, Julietta Singh questions the necessity and usefulness of the concept of mastery, suggesting that it limits our potential ways of being, especially in postcolonial and anticolonial critical discourses. Instead of seeking mastery, Singh argues that we should adopt a stance of “dehumanism,” which she defines as “a practice of recuperation, of stripping away the violent foundations (always structural and ideological) of colonial and neocolonial mastery that continue to render some beings more human than others” (4). To accomplish this “stripping away,” Singh suggests that we turn to two posthumanist alterities of humanity: animality and new materialist ideologies. But to understand the impulse at the center of dehumanization, we must first acknowledge and reshape our concept of mastery, which Singh believes is the foundation of postcolonial studies.

One of the more contentious claims of Unthinking Mastery is that there is “an intimate link between the mastery enacted through colonization and other forms of mastery that we often believe today to be totally harmless, worthwhile, even virtuous” (9). This claim situates mastery of a craft or a particular discipline alongside more explicitly harmful forms. Singh refuses to define mastery, and instead examines the characteristics of mastery that she sees as enduring: “splitting,” “subordination,” and the “split and hierarchized relation extended in time” (11-14). In her final chapters, Singh defines mastery in specific situations but still resists defining it wholly. I would have found a more thorough discussion of the fluidity of “mastery” and its attendant characteristics useful in the introduction: Is mastery a feeling? An affect? An impulse? A structure? Singh sees mastery as something to resist, calling for “vital ambivalence” in its place, which is a way of “earthing” human subjectivity as a mess of contradictions and entanglements (27). In avoiding a definition of mastery, Singh enacts her very resistance to the term in her methodology.

The first two chapters define and position colonial mastery in the anticolonial conversations promoted by Franz Fanon and Mohandas Gandhi (2). Singh examines their attempts at decolonization, ultimately suggesting that their arguments unintentionally replicate the Western cultural logic of mastery because their theories of liberation both depend on mastery as a concept.  Particularly striking amid discussions of Fanon’s idea of “becoming sensitive” is Singh’s interest in the possibilities of sensitivity “especially within the discourses of liberation that are grounded in love and the pursuit of less violent human futures” (63). Singh’s interest in “less violent” forces of humanity suggest a grounding in the present realities of human experience. She points her readers to the possibility of less violent futures, but does not expect or suggest that violence could disappear completely.

In her second chapter, Singh challenges the language of mastery, showing how it is reinforced and replicated through our education systems, and suggests that a dehumanist education would consist of “education as ethics; education as a radically unmasterful act that requires that our ethical grounds are always aspiring, shifting, experimenting, failing—but striving, nevertheless, toward more ethical orientations” (68). This dehumanist learning starts with a reorientation to the ways in which the language of mastery is understood and used. To that end, Singh discusses the problematic use of language in decolonial and anticolonial discussions and literatures returning to Fanon and Gandhi, as well as to Césaire, Glissant, Achebe and Ngugi. By tracing these writers’ complex relationships with the languages in which they write, create, and debate, Singh ultimately suggests that “anticolonial thinkers tend to insist… on language mastery as a crucial practice aimed to undoing the force of colonial rule” while “postcolonial writers… share a desire for unmasterful ways of formulating the relation between language and the postcolonial imagination” (88). Here, Singh aligns herself with the oppositional and anticolonial writers Achebe and Ngugi, who suggest that we need to reimagine ways of resisting the language of mastery that permeates the work of writers such as Césaire and Glissant, even as they attempt to distance themselves from colonial entanglements. 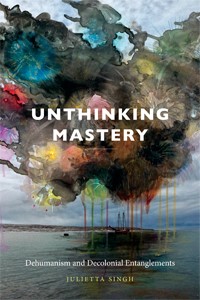 The last three chapters of Unthinking Mastery support the claims of the first two by close reading literary texts in three different genres: the novel, the short story, and the lecture-narrative. Singh suggests that works by J.M. Coetzee, Mahasweta Devi, and Indra Sinha show potential for dehumanization in posthuman encounters. Through a thorough examination of the “postcolonial subject,” Singh offers alternatives to mastery as a primary mode of human being and suggests that the literature she examines points toward other potentialities that resist restructuring material ways of being and knowing.

In her third chapter, Singh offers an alternative to reading for mastery: “vulnerable reading.” This chapter furthers Singh’s claims about mastery and her drive toward dehumanizing through “becoming vulnerable to the self-narrations of other subjects” (97). She reads Coetzee’s Life & Times of Michael K (1983) and Devi’s short story “Little Ones” (1998), both of which complicate the practice of humanitarian work. Singh calls these texts “posthumanitarian fictions” because they expose the fact that humanitarians “cannot be extracted from the unequal power relations they seek to redress” (98). Singh uses these texts to pressure readers into loosening the holds they maintain on humanitarian liberal subjectivity, inviting us to “inhabit ourselves differently” (101). The problem with the figure of the humanitarian, according to these texts, is that its “claims to goodness…. are ensnared in the production and enforcement of dehumanization” (108). Singh suggests that we must acknowledge our complicity within this system. Once we do so, it will be possible to understand the source of our complicity and the effects of noncompliance, as well as to re-vision humanitarian ideologies.

The fourth chapter deals with the human as animal, as well as with violence toward the animal in Sinha’s Animal’s People (2007) and Coetzee’s lecture The Lives of Animals (1999). Singh reads Animal, the main character of Sinha’s novel, as a dehumanized subject whose disfigured body opens up potential paths of relationality. One such relationship is the one between Animal and his canine companion, Jara, who is introduced in the novel as Animal’s “friend” (125). By the end of the novel, Animal embraces his animality and arrives at a humanimal ethics that allows him to live with Jara and create a space for another dehumanized person, Anjali, in queer solidarity (126). Singh uses The Lives of Animals and her own experiences with her cat, Cassie, to embrace a queer solidarity through “active, unmasterful forms of self-dispossession” (126). Her discussion of the ailing of Cassie and the weakening of the humanimal bond between author and cat situates the realities of “being with/as animals” (140), while her reading of Coetzee highlights the complexities of “sympathetic imagination” which extends itself to “that which thought cannot foreclose” (142). Key to this ability to imagine is the Halberstamian idea of failure. Failure is always a possibility in the humanimal relationship, as there is always a foundation of alterity in imagining the nonhuman. Humans should strive toward dispossession, a “humanimal ethics” that encourages a revisioning of the structures of subjectivity and offer “new ways of becoming the creatures we are” (146, 147). By examining the structures of our relationships to animals, and our own animality, Singh suggests that we can shift away from mastery into a queer relationality reliant on her idea of dehumanization.

In the final chapter, Singh brings her discussion to a close with the idea of discomfort, using Sara Ahmed’s work on the feeling as “generative” and “transformative” (151). She examines discomfort by reading Jamaica Kincaid’s reflections on her work in her garden, and the questions of mastery that her language replicates and reworks. Singh writes that Kincaid’s “garden writing emphasizes a subject whose position in relation to the ‘natural’ remains haunted by…. the force of Enlightenment thought” (161). However, Kincaid is able to vanish the specter of the Enlightenment during moments in which she engages in dehumanization by aligning herself with animals in her garden and acknowledging her complicity in the erasure of the Nepalese people in recounting her own travels (164, 168). By reading Kincaid’s work in the garden—her transplanting, flourishings, and failures—Singh ends this chapter, and the book, by returning to the idea of “vital ambivalence” as a way to uproot “masterful subjectivities” to create a better future.

Several questions remain for me after finishing Unthinking Mastery. If failure and vulnerability are the primary method of unthinking mastery, what might failure look like between vulnerable subjects? Where does failure fit in the matrix of queer subjectivity and decolonization?  Further, how do reconfigurations of “humanimal ethics” relate to failure and vulnerability? How does unlearning mastery contribute to these ethics? These questions, and many more that Singh raises, are ripe for further inquiry, especially by queer and feminist ecocritics. A deft intervention in several different fields, Unthinking Mastery powerfully examines the insidious ways that the legacies of colonialism have infiltrated critical conversations in affect, queer, and ecocritical studies.

Melinda Backer is a PhD candidate in English at the University of Tennessee. Her dissertation explores ecocritical perspectives on nonhuman agency and humanism in contemporary speculative fiction. She loves lounging with her beagle, Fred.