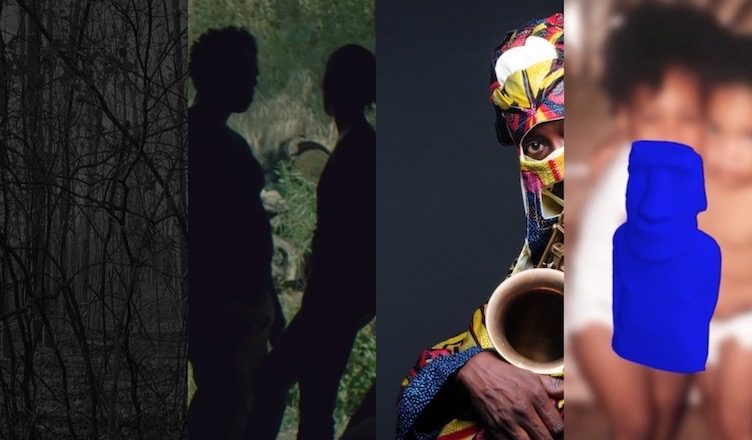 Following a series of domestic terror attacks, the C.I.A. enlists Alexa (Angela Lewis) as an assassin who jumps into the bodies of her targets’ closest loved ones. Her haunting refrain, “This is not my body,” echoes like a bewildered amalgam of warding spell, existential calamity, and confession of yearning. But what does she long for? On Day 1 of her new assignment, she asks her handler Marko (Mustafa Shakir) for reassurance: “Will I always be me?… And I’ll always be safe?” Her questions present variations on ones central to earlier Afrofuturists: “Will there be a future for Black people?” and “What is it that Black people have to do to secure a future where they are free citizens?”1 Let Them Die Like Lovers (Jesse Atlas, 2017) assumes black futurity and asks whether Black people might find a life beyond increasingly sophisticated upgrades to older mechanisms of subjugation.2 Yet Alexa’s blackness generates a “paradigmatic impossibility” of any such safety and implodes notions of a singular, unified subjectivity. Even as a servant of the state, she could never perform a humanity sufficient to render her and Marko safe.3 Something else is at stake here. What if what she truly seeks is not simply a familiar body that she owns and controls, but a way out of the body completely? What if she aims not for somatic dominion, but a passageway out of the possessive logics of captivity and proprietorial notions of selfhood that bond blackness to black corporeality?4 This sista is looking for a way out of the loop. 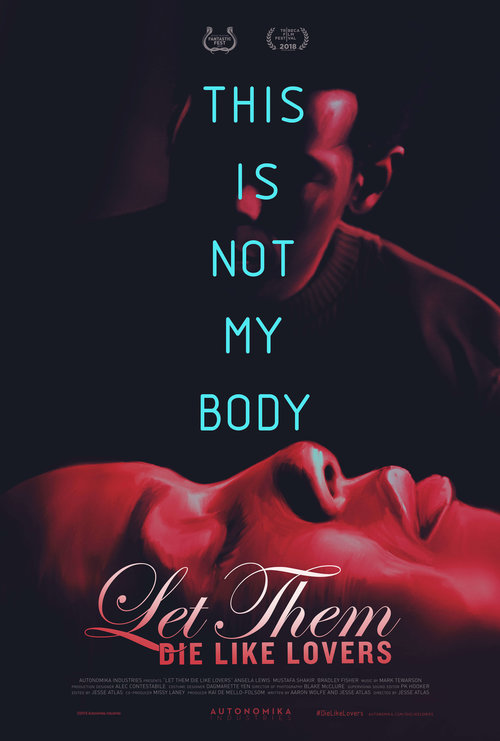 “This is not my body” cannot help but conjure a double meaning when uttered from Alexa’s lips, signifying, in this case, an attempt to disavow each new physical frame that she  occupies. It also hints at the historical precariousness (or outright impossibility) of the black body remaining sovereign. Alexa’s mantra serves as both an individuated declaration of self-making – definition by disassociation – and as a collective ancestral call to those still locked in the hold.5 Is this the predicament of blackness: always-already knowing that these are not our very own bodies to command or protect? And as Alexa realizes, even when they are, they ain’t. LTDLL troubles the familiar sci-fi trope of body jumping by framing the body itself as a mere temporary location in the matrix of space and time, a move contrary to the more familiar treatment of it as a sacred vessel which inextricably links being and mattering, as a technology of self-possession, or as a constellation of return. Alexa can never really go “home” again to her own body because home presumes a degree of sanctity and security. At the same time, the violence she performs on behalf of the state travels back with her, inscribing itself on her psyche and further fracturing her ontological stability. A transmutation begins. 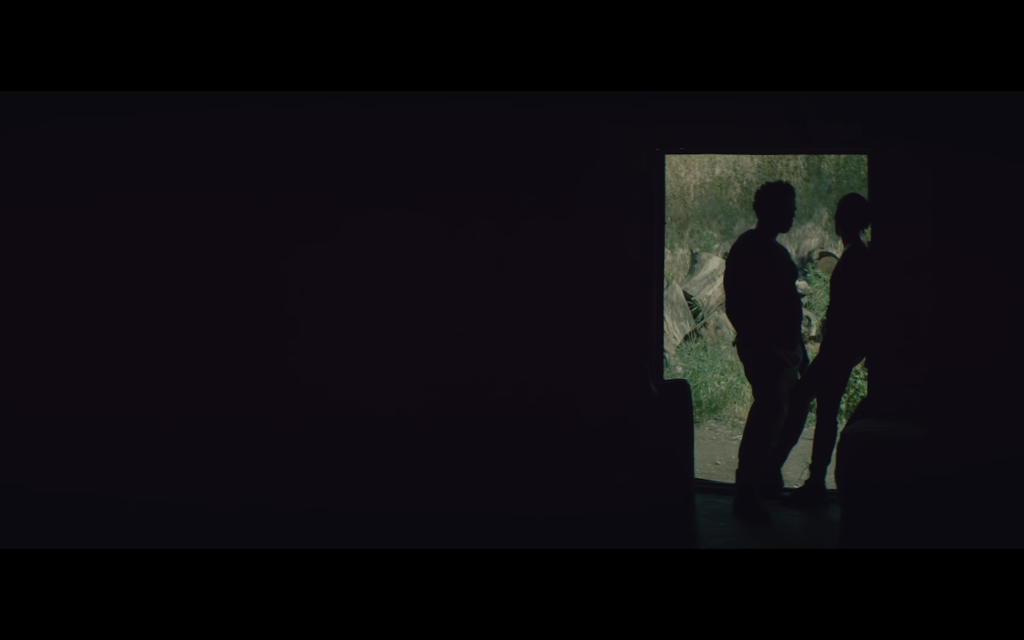 On “Day 64,” she prepares to go in after what we can assume have been many missions, each demanding that she act as both perpetrator and witness to deeply intimate occasions of betrayal, that is, to lovers killing their beloveds. Each mission exacts a toll and prompts slippages in which she loses a bit more of herself, such as when one of her targets’ tattoos materializes on her own hand, or when she awakens from a nightmare believing she has lost a baby despite never being pregnant. Although brief, these moments support reading LTDLL as a kind of neo-slave narrative in which the machinery of subjugation – the scenes of subjection – may have shifted, but Alexa and Marko are no less bound, bodily or psychologically, than their forebears. The temporary tattoo, for example, invokes a phantom slave brand while the imagined pain of a lost child that Alexa never knew recalls the site of violent family separation at the auction block. So long as the body persists, so does its history. And a body will always tell its story. In fact, a black body will probably tell it twice.

The final moments are the most arresting and potentially generative, proffering a notion of blackness beyond the borders of either body or flesh.6 Alexa enters to see herself seated in the transfer tub while still inhabiting the body of one of the older (white) hitmen sent to kill her. A slave’s refusal to serve must of course be swiftly addressed. It is only once she can truly look at herself from the outside though, that she revises her earlier stance: “Alexa’s just a body. I’ll always be somebody else.”7 After confirming that Marko knew her path would likely end this way, he apologizes, confessing that he thought she was “stronger.” Why did he and the agency believe that a Black woman could (and should) be able to bear so much more? Through what horrific paradox of fetishization and dehumanization could she be asked to do so? With a brief flash of Alexa, once again herself, she proclaims, “You were right. I am.” She then turns the gun on the version of herself that sits in the tub; the shot triggers a cut to black and perhaps, to a new blackness. 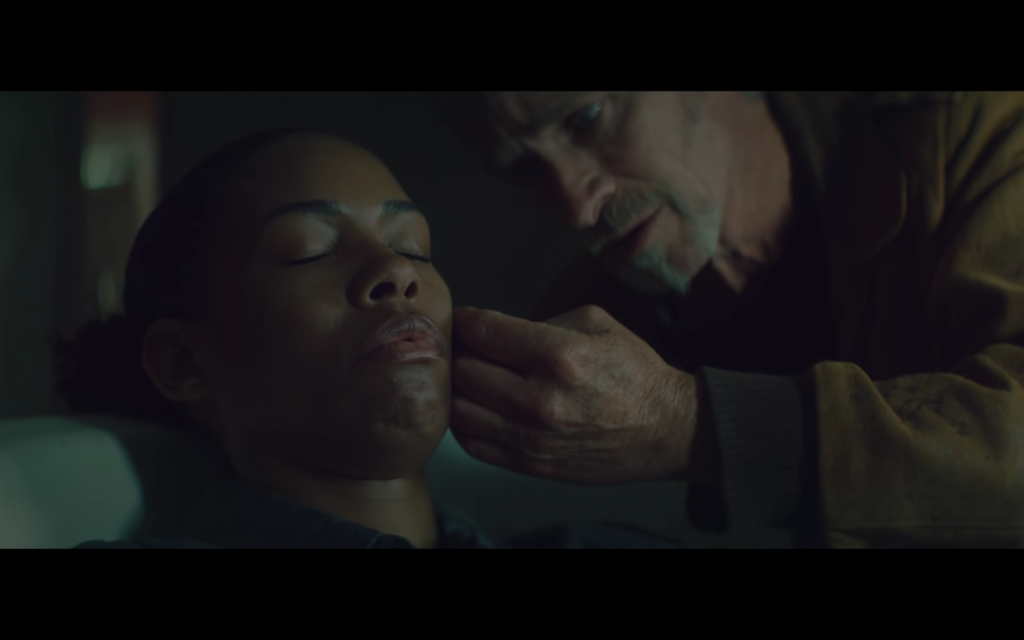 Alexa’s severing of the bond between body and consciousness does not represent the solidification of her “social death,”8 only the death of herself as captive, marking a transition toward an anti-form of blackness, multimodal and altogether outside the tangle of embodiment. Moving toward something like a “paraontology,” Alexa opts herself out of all predetermined circuits of meaning: Fuck this body. Fuck a body period.9 With her body no longer a rendezvous point for regeneration, she asserts through a voiceover-montage (which features those whose bodies she earlier possessed) that she is “everyone [she’s] ever been, everyone [she’s] ever hurt.” This positionality points not toward colonization, but at a deliberate casting of common lots. Even more defiantly, she asserts that she is “not coming back” and that anyone looking, will have to come find her in this new realm of blackness both omnipresent and continually being unmade.

Mikal J. Gaines, Ph.D is an Assistant Professor of English at Massachusetts College of Pharmacy and Health Sciences University in Boston, MA. He is the author of “Staying Woke in Sunken Place, or The Wages of Double Consciousness” featured in Get Out Political Horror (Ohio State Univ. Press, 2020), "They Are Still Here: Possession and Dispossession in the 21st Century Haunted House Film" in The Spaces and Places of Horror (Vernon, 2020), and “Strange Enjoyments: The Marketing and Reception of Horror in the Civil Rights Era Black Press” in Merchants of Menace: The Business of Horror Cinema (Bloomsbury Academic, 2014). His research areas include African American Literature, Film, and Popular Culture, Horror and Gothic Studies, and Critical Theory.