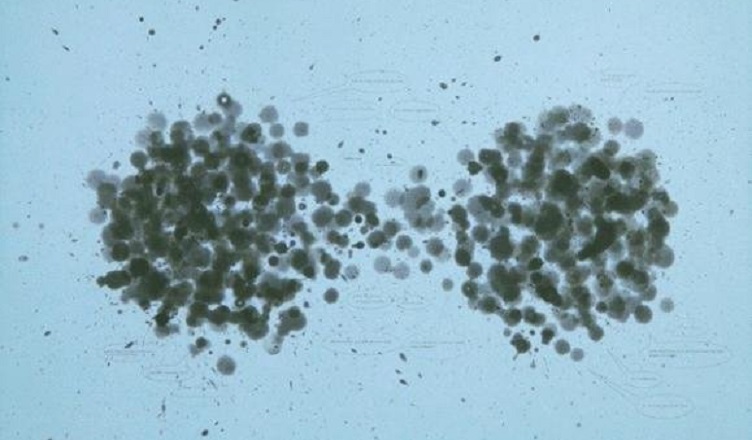 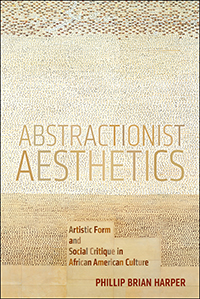 Phillip Brian Harper’s Abstractionist Aesthetics: Artistic Form and Social Critique in African American Culture, joins a burgeoning conversation among scholars such as Anthony Reed, Evie Shockley, GerShun Avilez, and others about African American literature, experimental form, and social or political critique. Harper argues that both critics and laypeople frequently expect African American culture to “represent the experiences of African American people while also illuminating and appraising the racial-political context in which those experiences occur.” This approach to African American culture “effectively compels polemic, in that it forces the perennially contestable question of how best to make a racial-political stand” (1). Harper does not shy away from polemic. Yet he builds his argument for socially engaged black art by way of addressing a growing chorus of opposing calls for black artists’ artistic freedom. Harper joins this chorus to illuminate the “hegemony of realism within African American aesthetics” and to insist on the socio-political power of experimental forms (13).1 Here he turns to Nathaniel Mackey, who maintains that experimental black art can push back against racialized expectations and literary-artistic conventions simultaneously.

In response to the representational burden frequently placed on black culture, Harper offers abstractionist art—art that draws our attention to its artificiality, its constructedness—as an effective vehicle for destabilizing “the ‘naturalness’ not only of aesthetic representation but also of the social facts to which it alludes” (3). This in turn opens up possibilities for revising our notions of representation. Here, his argument hinges on Bertolt Brecht’s and Viktor Shklovksy’s insistence on the potential of art that draws attention to its fictiveness—art that defamiliarizes and alienates us—to revise sociopolitical expectations and attitudes.

Harper departs from scholars like Shockley and Mackey in differentiating between the effectiveness of abstractionist aesthetics across media: visual art, music, and prose. To demonstrate that the social-revisionary potential of abstraction is most fully realized in prose literature, Harper must disentangle aesthetic forms from the reading practices audiences develop in order to navigate different artistic forms and disciplines. On the one hand, Abstractionist Aesthetics argues for a hierarchy of abstraction inherent to the materiality of different media. Following this logic, music is the most innately abstract artistic form. On the other hand, Harper asserts that it is the interaction of these forms with our own reading practices that determines if and how our practices and ideas about identity and representation will be unsettled. When Harper turns to African American music, he shows how form and racial-historical formations intersect, proclaiming that the cultural significance of black music is “the effect of specifically historical developments whose import is not necessarily explicit in the music itself” (112). In other words, the ways that abstractionist music comments on and revises our understandings of cultural history must be recounted through narrative: “the blackness of black music is itself a function of narrative, and . . . to understand any musical instance as ‘black’ is to apprehend it as a narrative element, rather than as music per se” (112).

Because of this intersection of reading practices and abstract forms, Harper argues that visual art is least able to resituate our sociopolitical expectations, “partly because the visual realm is a classic focus of worry over proper—and hence properly realist—black-racial representation, and partly because visual abstractionism is in any case especially susceptible to realist recuperation” (9-10).2 In other words, even when visual art uses non-realist strategies, readers often interpret and decode such art through the lens of realism. To illuminate this process, Harper turns to Fred Wilson and Kara Walker to argue that viewers continue to read abstract visual art for its representation of figures. This is why Kara Walker’s paper cutout pieces were criticized for their negative depictions of blackness; audiences continued to read these nonrealistic figures through realism and mimesis rather than understanding the figures as commenting on and critiquing historical caricatures and racist representations of blackness. On the other end of this spectrum is Vanessa Beecroft, who discusses her work in purely formal terms, occasionally glossing over the ways in which race is implicated in these aesthetic decisions and practices. For example, one installation performance piece, VB35, staged blonde, white, bikini-clad models in even rows. Some of these models eventually sat down or relaxed their rigidly upright posture to relieve the strain of the heels they wore. While, as Harper points out, this piece draws its “organizational logic” from fashion modeling, which often justifies its overwhelming whiteness through arguments about white models as “blank canvases” or identity-neutral hangers waiting to be draped with clothing, in simply re-staging this reality without commenting on it—and in framing all of her responses around purely formal decisions—Beecroft misses an opportunity to criticize the whiteness of the fashion industry. VB35 “also unavoidably participates in [this erasure of race], inasmuch as its primary medium itself bears a ready-made significatory import that exceeds the scope of the artist’s control” (53). Reading abstract black art in merely mimetic or realistic terms reduces the complexity of the work, while disinterested formalism sidesteps thinking about how history and race shape formal expectations, therefore risking becoming complicit in shoring up existing power relations and sociopolitical formations.

After dwelling on the limitations of visual art in the first chapter and music in the second, Harper provides us with an example of literary abstraction in his third chapter, where he prefaces his turn to John Keene’s Annotations (1995) with an account of the negative reception of Alice Walker’s and Ntozake Shange’s depictions of black men that parallels the introduction’s and first chapter’s accounts of Kara Walker’s work.3 Contrasting Keene’s work with these texts that invite more mimetic responses, Harper locates the social-critical effect of Annotations’s abstraction in its refusal to provide character development. Further, “Annotations posits racial blackness as a function not of personal attributes but of sociocultural interests . . . [I]t recruits readers to its ethical perspective, not by inviting them to identify with recognizably black characters but by soliciting their investment in those identifiably black interests” (152). Through its shifting form and refusal to focalize the narrative through a character’s development, Annotations demonstrates the “historical—or, in other words, the mutable—character of the structures and conditions” of racial, sexual, and gender identity. The result: a challenge to the perception of such identities as “intrinsic property of either individuals or groups” (154). Identity becomes “historical construction” in the narrative, accrued through the “repetition and refinement” (as well as rupture) to which the text formally draws our attention (156). Abstractionist black literature like Keene’s can therefore both enact social criticism and change our reading practices.

While Keene is in some ways the culmination of the book’s argument, this section takes up a mere twelve pages in the book. And because the argument depends upon developing a hierarchy of abstractionist art forms, with narrative fiction resting securely at the top in its ability to unsettle socio-political formations and reading habits, the book would have benefited from a more sustained engagement with abstractionist literature like Keene’s that successfully disrupts the way we read. Abstractionist Aesthetics is a valuable contribution to ongoing conversations about race, politics, and aesthetics, but one that occasionally feels more like the beginnings of a conversation about the abstractionist power of art forms rather than a definitive examination. In swinging back and forth between art forms’ inherent abstraction, on the one hand, and the socially learned reading practices audiences bring to those art forms on the other, Abstractionist Aesthetics raises important questions about the location or source of literature’s social and critical effects.

Susan Cooke Weeber is a Postdoctoral Teaching Fellow in English at Pennsylvania State University. She is the author of “Archival Impulses, Historical Anxieties: Preservation and Erasure in Philip K. Dick’s Martian Time-Slip” (Critique 57.5) and “An Interview with John Keene,” published in Contemporary Literature 57.1 (Spring 2016). Her dissertation, Poetics of Interruption: Media and Form in Twentieth-Century American Literature, investigates black radical literature’s engagement with other media.