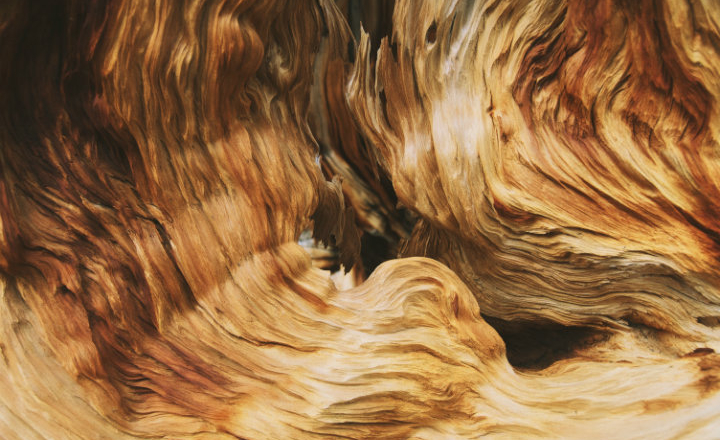 After the Party: A Manifesto for Queer of Color Life by Joshua Chambers-Letson. New York: New York University Press, 2018. 336pp.

Joshua Chambers-Letson opens After the Party: A Manifesto for Queer Life of Color with a note to Jose Esteban Muñoz, to whom the work is dedicated. The preface-qua-open-letter details his participation in gatherings that celebrated and mourned Muñoz after his death in 2013. Moving with that grief throughout After the Party, Chambers-Letson calls forward performances of brown queer futurities the late luminary imagined.

Engaging works in a wide range of media, After the Party “argues that performance is a vital means through which the minoritarian subject demands and produces freedom and More Life at the point of the body” (4). The book intervenes in the disciplinary trajectories of art history and performance studies, staging futures for both fields beyond ontological debates over repeatability and commodity. Recognizing its project through its life-sustaining functions for folx grieved, the book instantiates a collective call for More Life in the work of Nina Simone, Danh Vō, Felix Gonzalez-Torres, Eiko, and Tseng Kwong Chi, among others, attending to the ways that these artists resist “mundane” violence and death (xvi). Part-elegy and part-tactical manual, After the Party engages Jean-Luc Nancy’s notion of a singular plural to articulate a “communism of incommensurability,” wherein togetherness in difference bears More Life (5). 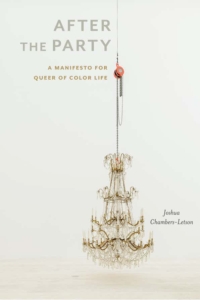 After the Party relishes in performance. Its provocations reply to several key concerns of performance studies, from reproducibility and ephemerality to the politics of spectatorship, but the work carries import for thinkers in an array of intellectual spaces outside the field. Chambers-Letson braids art history and performance studies, identifying solidarities between sculpture, dance, photography, and music as sites and modes of performance. He also performs the maxim of the personal-as-political in his prose, engaging the artists the book highlights on intimate, personal terms while elevating the macropolitical potentialities they stage.

Chambers-Letson also stages “a self-consciously heretical deployment of the tradition of Marxist aesthetic criticism, mobilizing Marxism in an uneasy alliance with critical race theory, feminist theory, queer theory, postcolonial theory, and minoritarian performance theory” (9). Readers of all stripes must attend to this call for a communism after Marx’s party: a communism that does not stop at the lens of class and capital, but rather embraces the incommensurate particularities of Black, brown, indigenous, femme, queer, and trans lives. Chambers-Letson’s great success in After the Party lies in this elegant augmentation of communist politics, wherein he reanimates the ethical bones of Marxism with the living, knowing flesh of bodies Marx failed to consider. The book is essential reading for anyone laboring to realize care and vitality as social commons.

Chambers-Letson organizes Chapter 1 as a Nina Simone mixtape, emphasizing Simone’s enactments of momentary liberation in improvisation, musical and social, as a model for Black and brown imagining beyond the confines of historical conceptions of freedom. Each section of the chapter is a track, reverberating the ways that “Simone put performance to work to effect an insurgent Black feminist disorganization and reorganization of the limits and conditions cast upon her body in order to conjure into being something else, something new” (39). Engaging with stories of Simone’s exploitation by the music industry and academy, he illustrates the ways in which Black and brown bodies often perform under economic and/or physical duress, discussing instances of Simone’s indifference (and occasional open antipathy) toward white audience members as resistant unpalatability. Chapter 2 examines work attributed to the visual and performing artist Danh Vō, meditating on mothers and their role in (re)producing social order. Of particular focus is the triple-bind of mothers of queer children of color, who bear “the burden of a child who is not supposed to exist,” facing culpability both for reproducing bodies of color and for their queer children’s misalignment with logics of reproduction (83). Vō alone is credited for I M U U R 2, an installation of the personal effects of late artist Martin Wong, but the work required the collaboration of Wong’s mother, Florence Wong Fie. Regarding Wong Fie’s uncredited work as an iteration of the reproductive labor extracted from mothers, he acknowledges that even as the work displaces the body of the mother, the curatorial reproduction of I M U U R 2 from Wong’s things might model a kind of queer aesthetic motherhood.

Chapter 3 considers a parallel queering of reproduction, articulating a latent communism in Felix Gonzalez-Torres’ aesthetic strategies that might well be the “last word” on the cheeky queer artist and his art-world celebrity. Gonzalez-Torres renders distribution and disappearance as (re)production in his work, Chambers-Letson argues, by adopting a queer communist valence in pieces like his paper stacks and candy spills. These works become themselves in disappearance that implicates the spectator, as gallerygoers take pieces of paper and candy away with them. Gonzalez-Torres was suspicious of the always-approaching and never-arriving concept of revolution; his skepticism mirrors Nina Simone’s sentiments toward freedom. Rather than staging revolution Gonzalez-Torres infiltrates the institutions that ‘own’ his works, as they are bound to perpetually replenish the materials his works distribute. This tactic short-circuits institutionalized logics of depletion and disposability that resign queers of color, like Gonzalez-Torres and Muñoz, to fixity in death. In Chapter 4, Chambers-Letson emphasizes the “fugitivity from capture” performers embody (166). He finds fugitivity in the slowness and duration of Eiko’s A Body in a Station—a work that happens in a train station, dis-placing the art institution, and deinstitutionalizing movement in its loose movement score and moments of improvisation. The audience is constituted of travelers who float in a shared locale (the station) without necessarily sharing anything else. Eiko’s movement with and through the audience, then, models the “incommensurable entanglement” that Chambers-Letson grounds in disparate particularities (185).

The incommensurable entanglements through the prism of institutions in the photography of Tseng Kwong Chi concerns the fifth and final chapter. Tseng’s images often feature white elites; Costumes at the Met features a panel of celebrities in costume who pose with Tseng, donning his favored Mao suit. He also includes an image with a uniformed museum guard, calling attention to the entanglement of disparate particularities demonstrated by museum guards that refracts across several chapters in After the Party. These anonymized and contingent laborers, often people of color, are always already spectators to cultural events, though less for their own edification than by economic necessity. Tseng’s Moral Majority series presents the smiling faces of a conservative power structure which condemned Tseng and scores of others to death during the AIDS crisis. In a poignant afterword, Chambers-Letson discusses the dance work of Muna Tseng, Kwong Chi’s sister, and how her dancing body archive moves beyond utopian rehearsals of freedom to sustain Tseng Kwong Chi and the minoritarian subject writ large. This realignment of memory and futurity at the medium of the body is a perfect note for the party to end on.

I receive After the Party as an invitation. Foregrounding bodies in labor and bodies of work to manifest More Life, the book catalyzes transdisciplinary conversations that might well inform the work of my entire generation of emerging cultural critics. So, too, the work instructs me to think with the capaciousness of my queerness while demanding that I scrutinize the institutional benefits of my cisgender whiteness. This party is not organized for me, but Chambers-Letson invites me all the same. I accept his invitation. I’m late, of course, but who’s watching the clock? The party is ongoing. Someone hands me a drink; we imbibe a “reparative” performance studies (236). I dance poorly, but never alone; people show off their moves and even teach me a few. We listen to the music, singing the parts we know. We commune in loving, touching, ranting, grieving difference. We live.

Jay Buchanan is an emerging theorist, historian, and poet and graduate student at Washington University in St. Louis. His scholarship emphasizes object performance, broadly conceived, exploring the applications of performance theory in modern and contemporary art histories. His poetry appears in Otoliths, Tesserae, and Rava vávara. He is also Managing Director of Idiosynchrony, a podcast qua collective sonic artwork.