By the mid-1970s, Amiri Baraka and his comrades had grown disillusioned with what they saw as cultural nationalism’s reactionary tendencies and lack of class analysis.1 They continued to view culture as a crucial tool in the overall struggle toward autonomy and self-determination for the Black majority. They sought a dynamic view of black culture where “the ultimate struggle for Black people in North America would be right here on the funky streets, to liberate us where we lived.”2 In 1976, Baraka formed a publishing imprint, Peoples War, to release a book of poetry, Hard Facts and to support his new funk band featuring Winston Sims and Jio Williams called The Advanced Workers and the Anti-Imperialist Singers. They released one 45r.p.m. record. On Side A was “You Was Dancin Need To Be Marchin So You Can Dance Some More Later On” and on Side B “Better Red Let Others Be Dead.”3

“You Was Dancin” makes funky people the vanguard of a multi-racial revolution. Its groove counterposes an ascending scalar horn line and an insistent, chromatically descending bassline. The Anti-Imperialist Singers’ chant-song describes the sound of the self-directed multitude taking it to the streets. In jubilant antiphony they declare “Rockefeller dead / crushed beneath our feet.” Ricky Vincent argues that The Funk was “generated primarily by outcast musicians from the black underclass in America,” a “funky people” still seeking “their place in history.”4 The poet who had warned against the “sinister vapidity of mainline American culture” heard in funk’s assault on pseudo-emotions and in its grooves the inchoate upswell of revolutionary ideals.5 If, according to Lenin, “Advanced Workers” are a vanguard of workers who have high levels of political consciousness and organization, what could be more organized than a groove led, as Baraka intones when he adds his voice to the ensemble, “by the science of revolution,” or a “party” that is also “an antirevisionist communist party”? Antirevisionism posits the necessity of revolution to bring about change, and on this song the groove is invitation and catalyst to larger movement. The formation of the party will enable a different party and different pleasure principles carried out among unruly, sexualized bodies moving with and against the groove while pressed against other bodies. 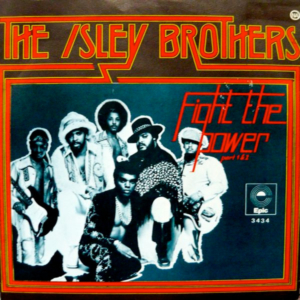 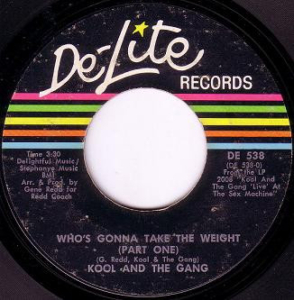 Like Kool and the Gang’s 1971 “Whose Gonna Take the Weight” (explicitly answered by the Anti-Imperialist singers who urge, “let the bourgeois take the weight”) or the Isley Brothers’ “Fight the Power” (1975), it’s a strange dance song. Danceable groove here seems at odds with lyrical content. Who will take the weight? What will be left after we’ve defeated “all this bullshit going down”? “Dancin” is premised on not-yet-imagined pleasures of and in the groove that will increase after the revolution. The song’s syncopated, descending bassline creates depth, resonant sonic space, which is eventually joined by the horns playing the descending tag in unison. Here, the groove is not the sum of rational calculations of syncopated and straight beats, notes and silences quickening in space. It implicates listeners in the embodied social relations that make and sustain it.

In the Advanced Workers’ music those social relations remain at once present but unheard, necessary but unthinkable. To hear “Dancin” as encoding an inchoate social theory, as I do, requires attention to the present state of things, and the fact that the people in the band made their living as musicians. The Advanced Workers, after all, were workers; session musicians whose labor produced the funk within the terms of their union-negotiated contracts. Critics tend to oppose funk’s rawness to disco’s plasticized grooves, mechanical movements, and illusory release from workday discipline. With its revolutionary groove, funk opened the way for true freedom and forms of pleasure beyond the counterfeit forms currently available.6 Yet, from a labor perspective, funk’s distinction from disco is less clear.7 As the one record released on Peoples War, it credits no musicians, producers, or engineers, apart from Baraka, Sims, and Jio Williams. That omission raises questions about those structurally silenced in the production of the musical object. That structural silencing undermines explicit and implicit claims to worker solidarity.

From a different perspective, does the ensemble’s anonymity suggest a displacement of identity in the interest of revolution, their voices blending into one voice, as horns blend with the bassline? Might we also hear the problem of a groove abstracted from the labor—including unrecorded domestic labor—that produces it?8 Highlighting the musicians leaves room for considering the similarly anonymous listeners who bought this album, who loved or hated their jobs, who believed or didn’t believe they could get ahead through hard work, who played this at their rent parties alongside James Brown or P-Funk records. The Singers’ demand of “march now, dance later” only works if listeners believe that the music’s insistence on other planes of the here and now constitutes a promise.

Maybe it’s enough to say someone listened, which more than anything is what this record demands. Listening is an embodied social relation, connecting sender to receiver, here to there, now to then, in an insistent circuit. Approaching the song’s climax, the Anti-Imperialist Singers begin a chant of “Marxism-Leninism-Mao-Tse-Tung Thought” that segues into a saxophone solo. The party continues until it fades out, suggesting it’s up to listeners to continue it in the street. The groove might not become a revolutionary march in the street, but there’s no revolution that doesn’t leave room for dance’s improvisatory steps and adjustment. Done right, black music is a site where liberation still awaits its birth. Let’s groove tonight.

Anthony Reed is Professor of English at Vanderbilt University. He is author of Freedom Time: The Poetics and Politics of Black Experimental Writing (2014) and Soundworks: Race, Sound, and Poetry in Production (2021). He is currently writing a book using dub as a technique of sound and thinking in the African diaspora since 1980.