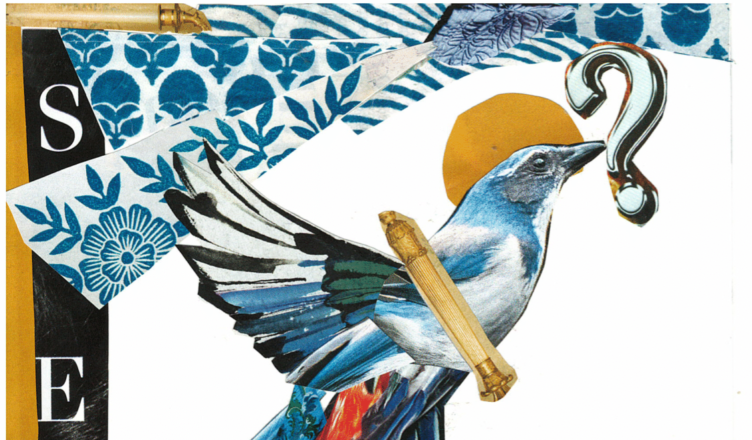 Sanaa has received three letters of concern since starting the program… Sanaa has struggled the past two years in the program, for a variety of reasons, including health.
(from Graduate Student Evaluation, Spring 2020)

In the fall, I’ll have regular meetings with [X] for professional development, with [Y] for academic probation, with [Z]  as a student with disabilities, with [A] as an employee with disabilities, with [B]  as a psychiatric patient, and with [C] for therapy. They are all supposed to “keep me on track.” A whole roster of professionals, twelve hours of additional, mandatory meetings a month, in an attempt to shape me into something capable of the mechanical reproductions of university life. When am I supposed to do research while attending all these meetings?
(from personal journal entry, August 19, 2019)

On the one hand, I know that my brain, my body, me won’t let me “stay on track” for long-term. On the other hand, I want to believe in the gently sympathetic faces who spin a tale of only having to do x, y, z and it’ll all be fixed. On the third hand, I don’t have a choice but to go along with it all—better to be chastened from the disciplinary procedures (framed so carefully and caringly as “letters of concern”) and to follow along, than to point out I’ve been managing my bipolar for more than a decade with my own strategies that do not include endless plumbing of university bureaucracy. That would get me labeled as being deliberately difficult rather than incidentally so. Difficult girls get expelled, they get put away or tossed aside. Girls who try their best and follow along with what they’re told, well, they get to stay in doctoral programs and get pity readerships.
(from personal journal entry, September 20, 2020)

I guess I wouldn’t mind all the meetings if they weren’t so twee. It’s bad enough that I’m in trouble/am trouble/fail to meet whatever standards are applied to me. These standards may be unfair, sure, but I also did not meet them. I have to agree with this assessment of my wrong-doing: I failed one class, then another. I don’t understand how that adds up to three disciplinary hearings, but somehow it does. So we meet again to discipline me. But there is something uncanny, alienating about being in a disciplinary hearing and listening to words I learned from organizing, from other contexts and disciplines divorced from their context and used awkwardly, clunky here: when Audre Lorde was used and discarded by academia, did she know the same university system would use her words about self-care like this? Lorde was talking about self-care as a method of resistance, centering herself and her systems of care stemming from her cancer diagnosis when the university made her more and more ill. I learned about self-care in the context of radical resistance movements, that caring for myself is about fighting for the people whose struggle I share.

I am embarrassed for them. The women in these meetings mean well (and of course it is women in this work), are widely-read and highly-educated, and it is humiliating for them to have to use the clunky script the university offers in its diversity trainings to keep me in line.
(from personal journal entry,  July 14, 2019)

I would be happy to chat, discuss, or debrief more via a zoom if you would like.  But I think that working with — will better prepare you for the cultural and disciplinary norms common to the education discipline—and support your success as a scholar.
(from email correspondence with mentor, August 2020)

This kind of undisciplining is sanctioned. Power disciplines and undisciplines, takes and reforms itself. The university creates its disciplines, enforces those borders and then redraws them to suit itself. A norm isn’t a norm if it is enforced by committee and regulation.

Decades of feminist theory formed from the lives of Black lesbian women has culminated in my employer telling me to do a self-care. In twenty years, they’ll absorb and reform some other liberatory concept, and I’ll have to deal with that co-optation too. Working across disciplines is the only thing that makes sense to me, a pre-emptive strike against the constantly expanding and ordering universe of the university. It is a counter against compartmentalization, organization and neatness. The object of a PhD, I’ve been told by many academics, is about becoming a specialist in a narrow topic. That narrowing means pushing aside everything else that doesn’t fall within scope, centering one’s gaze on one concept, one locus, one method. But I don’t believe that people, phenomena, or problems can be isolated that way. What other way is there for me to include all my relations in my work, other than working across and through disciplines? 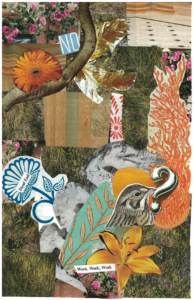 The culture asking such questions assumes in advance that we all agree: able-bodied identities, able-bodied perspectives are preferable and what we all, collectively, are aiming for. A system of compulsory able-bodiedness repeatedly demands that people with disabilities embody for others an affirmative answer to the unspoken question, Yes, but in the end, wouldn’t you rather be more like me?
xxxxx(from “Compulsory able-bodiedness and queer/disabled existence” by Robert McRuer, 2016)

I am only ever four Oreos’ distance from a complete break from daily life: fear and distrust of authority, pleasure in loneliness, lack of financial stability, manic episodes that seem to others high-achieving productivity, occasionally even brilliance, followed by days in which the lines of my body melt into the borders of my bed, the traces of my thoughts dissolving into bright summer air. More clearly than any other future, more clearly than I can see myself a tenured professor in a sunlit office, I see years of side effects from a roster of pills piling up—hair falling and the monthly snaking of shower drains that follows, teeth grinding and then the expense of dentists and mouthguards, dry mouth and the compulsive turn to popping breath mints—a team of medical professionals with wide veneer smiles urging me to try yoga (which I do), to shape this congealed mess-of-Sanaa into something capable of the mechanical productions of 9-5 middle class life. Academia is making me crazy, or crazier. For two years I woke at dawn, commuted an hour (if the buses were on time) to a Title IX school, taught a full day’s worth and then commuted another hour to night classes for my credential. I was away from every family member, nearly every friend. In every aspect, this job and routine were demanding, exhausting. And yet somehow being a graduate student is worse.
(from personal journal entry, January 2019)

The body bleeding past its skin, sticking to sheets, unable to rise, ordered to rise, becoming part of the bed it sinks into, the clammy skin oozing humidity, rank—or sweat—or fever, deadly? The maenads tearing limb from limb, in joyous ululations, dancing, celebrating and destroying in ecstasy,
Hands cramped in claws from clutching, grasping, gripping phones and eyes red from bleary screens
Thumbs out of joint, or growing an extra joint—the weight of my head feels wrong, wrong wrong but no, I would not rather be more like you. 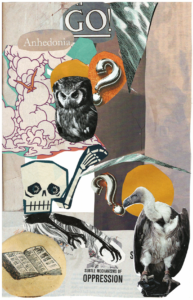 What if higher education isn’t creating knowledge and ability but instead is systematically disabling?
(from Academic Ableism: Disability and Higher Education by Jay Dolmage, 2017, in a pdf accessed
xxxxxSeptember 2020, this section underlined and annotated with “OH GOD”)

Sanaa: Lol i feel like I’ve gotten a hundred times crazier and sicker since I started grad school
K: That lol is doing alot of work there
(from personal correspondence with a friend, February 2019)

Disparate times call for disparate methods.
(from Molecular Red: Theory for the Anthropocene by Mackenzie Wark, 2015)

One benevolent institution is my employer, my healthcare provider, my insurer, my landlord. One entity can wield so much power over my life that one act of discipline can ruin me entirely. In the face of such monolithic power, I choose un-discipline to survive. That means working beyond methods, that means dreaming of something better until I can work to make it alive here on campus. It feels like fracturing, like collage-work. Picking up and taking what I can from one place, putting it aside until I need it, connecting it back to what seems distant. Collage as a disparate method: repurposing what came before and exists on its own, then creating something new from it. Something that is visibly mine, and yet visibly not-mine, where each image within the image hinting at its own past, history and context.