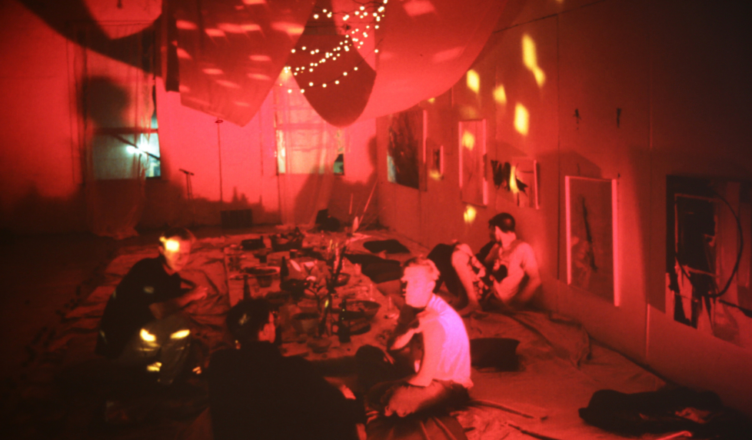 Between the lines? Outside the lines? In charting interstitial spaces, gathering stories and lightly holding twining threads I hope to be always out of bounds.

Being undisciplined invites a lateral engagement with the world, a renewed encountering, darting between the depths and the edges to ensure a perspective that is not drowned by immersion.

I’m engaged in a project of mapping place with personal and collective memoir. It’s a creative and scholarly undertaking, mingling interviews, stories and photographic environmental portraits, with research into history and social, political and cultural influences. In drawing these aspects together I’m interested, not in offering an encapsulated account with all seams neatly stitched, no threads trailing, but rather in plotting points to encourage dialogue. Poet and scholar Lorri Neilsen maintains that “impact…can be achieved with resonance as much as with report.”2 In this multimodal project I invite the reader to participate in an experience, with the aim of kindling attentive and caring personal connections with place. 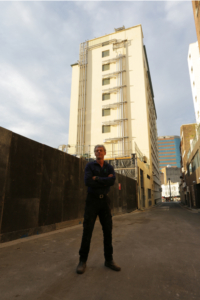 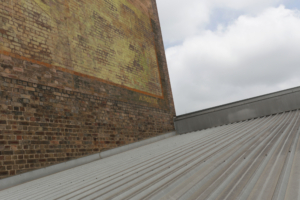 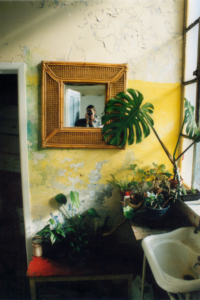 My project is about loophole spaces—urban industrial buildings which, over time, become permeable to uses which reinterpret, reconfigure and redefine them. Two of my favorites are in Sydney’s Surry Hills. Navigating layers of history, material and memory, I am experimenting with form in order to render this landscape and its stories in a way that teases apart one-dimensional or familiar interpretations and opens a space for different understandings.

I’ve been visiting this urbanwild to document the impending demolition of the small and scruffy warehouse at 7 Randle Street, my home during four memorable years, 1999–2003. Two floors up, windows facing the back lane and looking over Central station, it was here that I quietly crossed the threshold between millennia; from here that I set out to walk across the Sydney Harbour Bridge with 250,000 others, to call for reconciliation with Australia’s First Nations Peoples; and where I witnessed the World Trade Center reduced to rubble and dust. 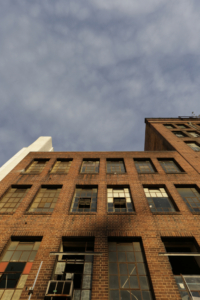 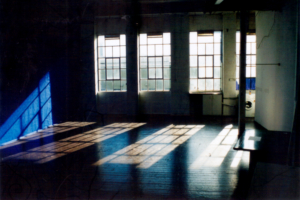 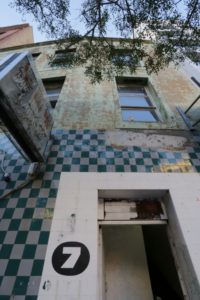 This afternoon, walking slowly, camera slung, I encounter three people in the lane behind the building. The moment opens for us to pause and talk. The emptiness of the building and its inevitable destruction has dissolved its borders somewhat, inviting us to peer through windows and grills. It stirs reflection on the upheaval of construction in this pocket of the city, and the sharing of memories. One of these people is a maker—he installed, on the tall wall of the dental hospital opposite, the gleaming pipework that I’ve watched reflect countless sunsets. Meeting him is serendipity, I tell him how I photographed those pipes so many times from my windows and the rooftop, their ordinary beauty an anchor point in years of rapid change.

Multistranded stories center on, connect with and spring from this little warehouse across its 112-year history—it’s a site of displacement, politics, religion, ambition, reinvention, learning, art and ordinary life. Three storeys of brown brick warming on a golden afternoon. How to hold all these aspects, seen and unseen, personal and webbed? How to present an arabesque, the whole in a tiny part? And how to draw on, as Neilsen puts it, the “power of the particular to invoke the universal”3 as a way of making change? 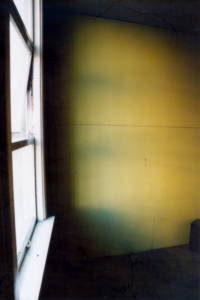 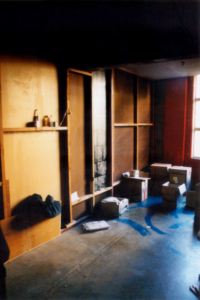 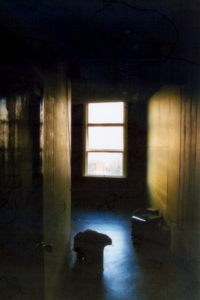 Of course there is a vast scholarship of “place,” territory already claimed. I’m exhausted with the call to build upon this weighty dragnet, to sift through it, to know it, to advance it in increments when the ubiquity of canonical ideas sometimes risks impeding, rather than facilitating, direct and specific engagement with our own quotidian contexts. Being undisciplined is being brave enough to make space for new inquiry, to amplify alternative perspectives and to insist on the legitimacy of diverse ways of knowing and exploring. In being undisciplined I am seeking an approach that is grounded yet unfettered by familiar ideas.

Architect Kevin O’Brien, a descendent of the Kaurareg and Meriam people of north-eastern Australia, offers a contribution to such an approach. Getting to the heart of place in Australia, he urges “a new paradigm that argues for Country as the beginning of City, thereby countering the current condition of the City as the end of Country.”4 This way of seeing place surfaces the abiding reality of an already storied landscape as the foundation for the built environment, instead of having been erased by it. Rather than offering ideas about place, O’Brien grounds us in its earthy materiality, its gravity, as we traverse the city. Encountering Country directly and through our senses, yours and mine, yields personal understandings. Allowing undisciplined approaches such as O’Brien’s to inform and affect us, invites us to see, experience and share place in new ways. 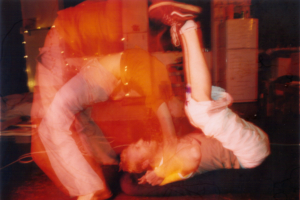 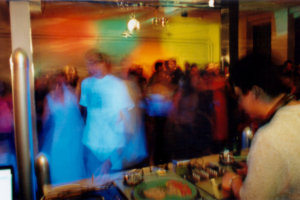 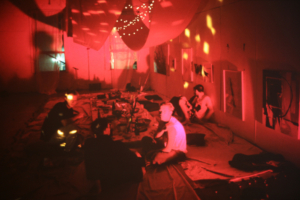 Seeing anew can be a radical act. In their groundbreaking storytelling collaboration about the Roebuck Plains area of Western Australia, “Reading the country: introduction to nomadology,” artist Krim Benterrak, scholar Stephen Muecke and Paddy Roe OAM, a Goolarabooloo Elder and Law man from Broome, invite us to consider that “seeing the ‘already-there’ in a quite different way”5 is one way to develop an ecological sensitivity necessary for planetary care. In reaching beyond taken-for-granted understandings, we create the conditions for change. Philosopher Val Plumwood highlights the role of love in this process: “Love can develop capacities for perception and sensitivity that might otherwise be stunted, and can provide a basis to spread its virtues of attention, compassion and care to a wider field.”6 These storytellers gently impel a new and personal engagement with place as a catalyst for caring and action.

As a documentary, undertaken collaboratively and incorporating creative practice as a mode of inquiry, my loophole project is undisciplined. In mapping history, rendering experiences and plotting the points towards wider conversations, I aim to share not only a specific material place, but also to call for new ways of relating to, attending to, and caring for place and all that it means. This call is an urgent one as we see, worldwide, the deleterious effects of the careless commodification of earthly resources, life forms and human needs.

To be undisciplined is to be out of bounds yet connected, exploring with direction and purpose yet open to the unexpected, and co-creating an accessible and participatory scholarship that can live in the world and be transformed by this living. And to do this joyfully and with resonance—bounding, from Latin’s bombus, humming.

alessandra lives and works on unceded Gundungurra and Dharug Country. She is interested in loophole spaces – urban industrial buildings which, over time, become permeable to uses which reinterpret, reconfigure and redefine them. alessandra uses a creative practice-based approach to map the particular intermingling of people and place that activates a loophole space and to materialise the effects of their mutual influence. She explores the unique potential of loophole spaces as quotidian learning environments which facilitate immersive, ongoing collaborative experimentation, as well as their ability to highlight connections between people and place and so kindle new relationships of imaginative companionship.