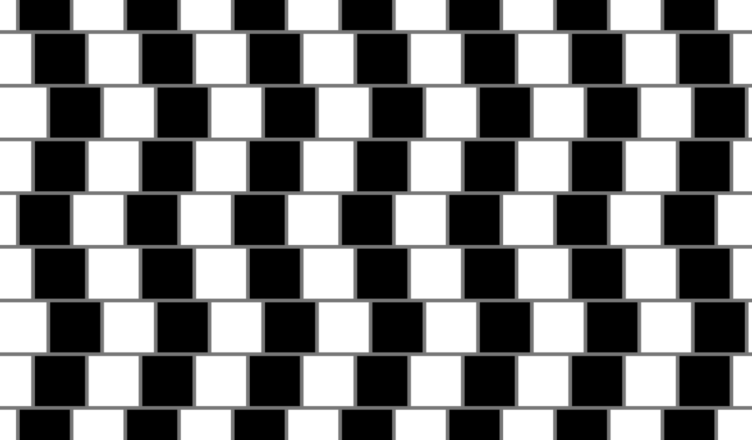 I’m not unaccustomed to long silences, as a librarian who makes frequent guest appearances in classes and tries with varying success to engage her audience while discoursing on search terms and databases, and I don’t take them personally. However, I didn’t expect so many when speaking on a Common Reads panel for Tara Westover’s Educated, a memoir about departing a violently religious upbringing. A smattering of hands drifted upward when the organizer finally asked who’d actually read it. Many seemed to have attended out of a vague sense of obligation (or strong sense of extra credit).

These silences are related, both endemic to the rigid disciplinarity of higher education and symptomatic of inconsistent, often unintegrated approaches to both information literacy and Common Reads. I believe deeply in both and am attacking neither—but rather envisioning, to imagine approaches that might more effectively achieve their ends by surfacing the common language, practices, and assumptions that reflect and construct disciplines and the ways we move (or don’t) within and among them. I hope, that is, to propose these sites as communal channels for educators to undiscipline ourselves from our rhythms and to enable larger undisciplining processes by exposing some of the mechanisms through which we organize knowledge.

Spurred in part by the explosion of “fake news” discourse around the 2016 presidential election, information literacy instruction has become the bread and butter of many academic librarians. Its aims include teaching students to discern credible from unreliable sources, identify bias, and find contextually appropriate evidence to support claims. Barbara Fister has argued that the evolution of its pedagogy through the millennium reflects the increasingly neoliberal environments in which knowledge is produced and disseminated. In these environments, Fister writes, students are regarded as “naïve information consumers” whose edification boils down to instruction in making “sophisticated shopping choices about what information they can use for a task.”2 This assertion stung me before I recognized its truth, and even more after.

Students learn haphazardly, if at all, about the mechanisms by which disciplines and study therein operate—how databases get from the keywords to results, how library organizing schemas reflect and perpetuate sociopolitical hierarchies, how, as Melissa Adler writes, “the categories that designate what library books are about actively produce, reproduce, and privilege certain subjects and disciplinary norms.”3 In Foucauldian terms, disciplines result from the accretion of chunks of knowledge and lines of inquiry into a legible scholarly field. So, asking what makes our fields of study discernible and what norms and inequities those organizing systems perpetuate should be a crucial component of information literacy. When information literacy instruction is reduced to best practices in information consumption, it’s no more potentially revolutionary than “buying smart.”

I can’t fault librarians or instructors for this development. Both do amazing, creative things with limited means, from precarious positions. We’re obliged to work in ways that are legibly substantive to administrators and performance evaluation systems—often as information literacy “one-shots” that reach large swaths of students with relative ease. Intense demands on instructor and librarian time minimize wherewithal to develop more integrative, sustained materials or formats, so we keep doing what we’ve done. The one-shot format is important in its way, but often narrow in application: training students to find three peer-reviewed articles on Jane Austen, five quantitative studies on mesothelioma, Reconstruction-era broadsides.

Fister’s characterization of information literacy in its predominant incarnation as “everyone’s job, but nobody’s responsibility”4 resonates with my experience of Common Reads. In many ways, Common Reads are the unfunded mandates of the undergraduate experience: well-intended propositions with incredible potential that become mostly symbolic in the absence of adequate structural support. Indeed, only 28% of institutions surveyed rated their CR programs as “largely successful.”5 While some institutions embed them into coursework and/or orientation activities6, others’ approaches are less systematic: scattered events and a handful of instructors incorporating the book into a class.

Many CR programs purport to transcend discipline and “enable discussion of U.S. and global diversity”.7 Books reflecting contested political issues have become popular selections: Mohsin Hamid’s Exit West, Angie Thomas’s The Hate U Give, Chanel Miller’s Know My Name.8 Issues of race, class, gender, and ability inarguably transcend discipline, but could we approach them more generatively and sustainably by studying systems that themselves constitute disciplines—how everyday organizing structures beget and enable inequities—rather than imposing this extractive representational burden9 on a single text each year?

We might break these weighty silences by asking students to read just one page of a book, any book. This page would be the seldom-read clutter of “fine print” comprising some of the book’s metadata, or information about information: publisher, edition, ISBN, etc., and a series of Library of Congress Subject Headings—predefined terms assigned by catalogers to turn up relevant items in searches. Instead of assigning a Common Reads book, I want to suggest, we can ask students to examine through different texts the common language through which we classify knowledge and by which we distribute and discover information everywhere from libraries to bookstores to Amazon.

What questions might Educated have generated with this framing? Westover’s prefatory note proclaims that Educated is “not about Mormonism. Neither is it about any other form of religious belief.” What does it mean for a book to be organized against the author’s very own protestations? Who ultimately determines what a text is or isn’t about? Why might it matter if Educated is shelved in the Christian biography section versus another section? Does authorial intent matter, and should we trust Westover’s claim?

Many students arrive (and leave) not knowing the word metadata, much less its function, yet they will daily navigate digital information systems in college and beyond. Besides library catalogs and databases, every Internet search is enabled through metadata. It’s also what makes humans machine-readable: age, gender, race, SSN, residency status—anything through which we can be quantified and organized, for better or worse. We need its classification schemas to make books discoverable but must also beware that they can imperil as much as facilitate.

Questions to pose around this seemingly tiny cluster of information are boundless and illuminatory. Are Harry Potter and the Sorcerer’s Stone and Harry Potter and the Philosopher’s Stone the same book, for example? What’s the difference between university and commercial presses? What images are classified as “protests” vs. “demonstrations” vs. “riots”? How did “closeted gays” become an LCSH, and why is it applied to Cole Porter biopic De-Lovely but not Eve Kosofsky Sedgwick’s Epistemology of the Closet, a book that theorizes the very phenomenon? Discoverability and surveillability are often commensurate, and these forms of classification themselves enforce “common” understandings of given texts.

This alliance between information literacy and Common Reads would, I hope, encourage and equip students to make connections between the content and infrastructure of their disciplined education; think about relationships among language, technology, and politics; and ask critical questions of the systems they interact with daily.

Lynne Stahl is the Humanities Librarian at West Virginia University. Her research focuses on film, gender studies, and critical information studies, and her research interests span film, gender theory, popular culture, and critical information studies. She is currently working on a manuscript on tomboy films that explores cultural conceptions of gender, sexuality, and emotion and the ways they structure and are in turn structured by film narrative.