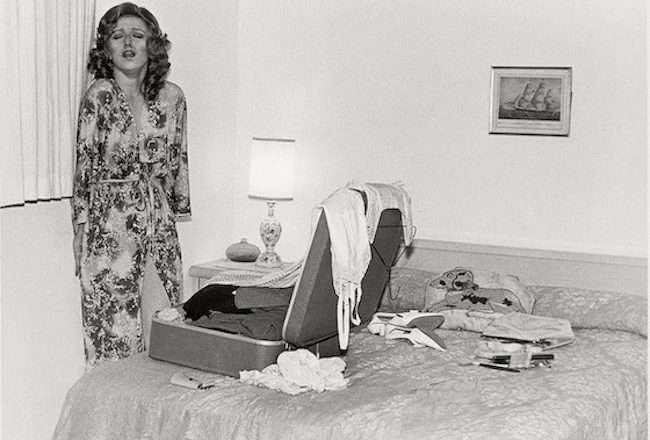 “The unfortunate reality of art schools, and academia as a whole, is that it is not a place that is teaming with actualized, loving human beings” (177). This bleak appraisal, offered by Jen Delos Reyes, a contributor to Beyond Critique: Contemporary Art in Theory, Practice, and Instruction, is indicative of another unfavorable finding on the health of the humanities; namely, that contemporary criticism, intent on exposing fault, has become lifeless and mean. The cause of criticism’s malaise has been, with increasing insistence, attributed to the influence of monoglottal critique as the method of interpretation in the humanities today, and—in the words of Rita Felski, the preeminent commentator on critique as a charismatic cultural actor—its “reliance on the language of guilt and complicity.”1 Pamela Fraser and Roger Rothman, the anthology’s editors, have assembled sixteen essays that look to expand the “post-critical” discussions instigated by literary theorists – most notably by Felski, Lisa Ruddick, and Amanda Anderson – into the field of contemporary art. It is no coincidence that some of the most important developments in the discipline of art history from the past forty years owe a debt to literary theory and now, it seems, a reckoning is due.

The book is divided into three sections: “History and Theory,” “Practice,” and “Instruction.” The first is dominated by the question of how to measure the critical efficacy of an art work, and opens with a reprint of David Joselit’s “An Allegory of Criticism.” First published in 2003, Joselit’s essay affirms the necessity of a “prescriptive” criticism, one that takes an active role in shaping its object of criticism, rather than simply catering to those that come “readymade” (15), a model of art criticism given currency by October (Joselit is an editor of the journal). Specifically, Joselit posits Michael Shamberg as the “protagonist” of his allegorical account, since Shamberg’s career trajectory from video activist to Hollywood producer – “from political documentary to palliative entertainment” (19) – demonstrates that effective criticism, which he frames as inherently vulnerable to “the twin dangers of incorporation or irrelevance” (20), can only ever be transient. Rather than post-critical, Joselit’s essay speaks the language of postmodernist critique, that is to say, criticality.

Rothman attempts an historical rehabilitation in his contribution “Fluxus and the Art of Affirmation,” which begins by reviewing postmodernism’s avant-garde inheritance and the primacy afforded to ideology critique in late twentieth-century debates about its critical relevance. In an effort to carve out a space for “post-critical” criticism capable of “positive affirmation,” as opposed to “negative critique” (26), Rothman develops an account of Fluxus as, unusually, an avant-garde art movement with an “almost near-total absence of negativity” (27). Nevertheless, the attempt to find aesthetic equivalents to political positions, ongoing since the time of the historic avant-garde, continues to typify accounts of post-war art, and Rothman’s efforts to find an alternative “mode of oppositional practice” remain at home in a broadly “critical” paradigm (32). 2

Similar to Rothman’s attempt to look beyond the avant-garde’s association with aggression, criticality is “empowered” (35) rather than jettisoned in AnnMarie Perl’s chapter, which sets out to define criticality as an historical object of the 1970s and 1980s. The work of theorist Donald Kuspit, the first to wield the term criticality in relation to visual art when looking for a way to reintroduce Marxist theory into art history, is central to Perl’s account. Also important to the story of criticality are the Pictures Generation, a loose affiliation of American artists known for their analysis of media culture, whose work galvanized the architects of a newly sophisticated theory of postmodernism. The familiar combination of Frankfurt School philosophy and post-war French theory that came to be associated with October, and educational art institutions like the Whitney Independent Studies Program, ushered in a new critical paradigm whereby, “in the name of criticality,” criticism became “more important than art itself” (45).

It is not surprising then that “prescriptive” criticality was contested by the artists themselves. Anthony E. Grudin’s quotation of Cindy Sherman – “I wanted to make something which people could relate to without having to read about it first” – in the fourth chapter is especially pointed given the hyper-literacy demanded by criticality-as-discourse (58). Grudin’s essay attempts to unseat criticality from his account of Picture’s “political efficacy” (55) by using the ideas of Jacques Rancière, a well-known critic of postmodernism’s championing of art works that “presuppose the imbecility of the viewer” [Rancière] (56), to argue that artists like Sherman, who do not condescend to their audience, in fact achieved something akin to the radical egalitarianism of Rancière’s “politics of aesthetics.”

In the “Practice” section Adrian Anagnost puts forward “parasitism” as a post-critical tactic that looks beyond art’s frame toward the network of global capital. Performed by Robin Hood-style “cultural creators”, parasitic practices are those that marshal the resources of wealthy institutions and foundations in order to “enrich socially marginal figures” (83). However, while critique has been dismissed for being all bark and no bite, Anagnost’s advocation of art as social provision arguably skirts the issue of how parasitic practices succeed “as art” while simultaneously refusing, in the words of Claire Bishop, any “comparison with comparable projects in the social domain.”3 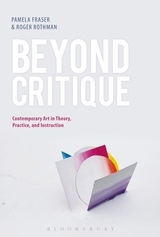 The most interesting contributions to the anthology grapple precisely with this problem of how to write about art with critical ambitions without simply lauding the work’s good intentions. For instance, Grant Kester’s essay, “Time, Autonomy, and Criticality in Socially Engaged Art,” provides an in-depth discussion of how the criterion of criticality depends on a series of explicitly ethical arguments about art’s relationship to power. Returning to the story of aesthetic autonomy and “the aura of autonomous criticality” (99) initiated by Kant, Kester characterizes the discourse of criticality as one of permanently delayed praxis, whereby concrete political change is simply the corollary to “the real, creative work of social transformation,” which takes place in the minds of individual subjects (98). The kinds of “symbolic enactment” (100) performed by “critical” artists like Thomas Hirschhorn, therefore, can only be read as self-consciously aesthetic gestures intended for an audience of art insiders.

An attempt to spell out a more positive, proximal engagement with painting, unburdened by the demands of “critical painting,” is made by Andreas Fischer in “Post-Critical Painting” (113), a manifesto of sorts that borrows its terminology from the discourse that accompanied art’s “social turn” in the 1990s. Indeed, Fischer identifies painters Nicole Eisenman and Merlin James as post-critical owing to the evidence of “orientational relationships” (122) he identifies in their work, while arguing, more broadly, for painting able to “foster ongoing proximities and encourage growing awareness of the ever-evolving negotiations required to navigate our changing contexts” (127). Significantly, Fischer is himself an artist, and it is worth reflecting on how it is artist-critics become fluent in contemporary art’s highly codified language games if we are serious about moving beyond the paradigm of criticality. In this we are aided by the book’s final section, “Instruction,” where the business of art schools is laid bare.

In her essay artist and educator Billie Lee argues for art as knowledge production as part of a passionate recommendation that students-cum-critical-artists cultivate “discourses of opposition” that directly link to grassroots political movements (150). Ultimately, however, Lee fails to articulate why art school is the best place to engage in such “righteous work” (159). The latter phrase is used by Karen Schiff, who links the “corrosiveness” (153) of the art school crit with the bellicose performance of political position-taking that occurs in classrooms across the humanities.

Although literary theorists, most notably Ruddick, have noted how an unwavering commitment to critique can be paralyzing for some students, it may be in art school where the emotional toll of “smart” critique – “Stop criticizing me!” – is most clearly felt (154-55).4 As such, Schiff emphasizes the importance of developing new pedagogical strategies that can avoid the choking off of “creativity” at its source (154): “Better to take a fresh start with a new word, and a new paradigm” (157). Schiff’s preferred term to mark such a shift is consideration, framed as “more broadly inclusive, opening a perspective as wide as the sky,” and achieved through careful attention to the “constellation/artwork” (158). (What does this tell us about the state of criticism today when the cosmos presents a more relational proposition than does the defining sensibility of the humanities?)

Another clarion call for close reading appears in Judith Leemann’s essay, which seeks to see off that familiar phrase, “It reminds me of…” , which can reduce the art work to an arrow or satellite for a pre-prepared argument (185). Against a critique that refuses the object at hand in favour of an incorporeal intellect, Leemann recommends that we instead “settle the eye and mind and to humbly begin to name what is there” (186); to approach each artwork on its own terms by using new terms of debate – contact, contingency, caution, curiosity – in order to restore “a sense of wonder” (165).

This final section comes closest to articulating what the post-critical might look like. Taken as a whole, however, the anthology suffers from its exclusion of discussions about art criticism that are taking place outside the academy: for example, those started by British art critics Zarina Muhammad and Gabrielle de la Puente, known collectively as The White Pube, who write tender led-by-the-gut “embodied criticism” for an audience of over 18k on Instagram. 5

The book began life as a panel discussion titled “Critiquing Criticality” at the 2013 College Art Association conference and is less influenced by Felski’s desire to unseat the dominance of “the hermeneutics of suspicion” than an attempt to deal with the legacy of criticality that continues to dominate contemporary art history, a discursive arena where art’s avant-garde legacy is to be critiqued and interrogated, but never simply put to one side. Beyond Critique was never intended to challenge the original instincts and ambitions of Critical Theory, but rather to consider their ability to be effective today, and many of its contributors remain wedded to the October playbook, using the language of criticality – as well as a critique of its converse, complicity­­­ – in order to get “beyond critique.” If, in the spirit of the post-critical, I regard myself as a material object, I can acknowledge how exhausting it is to engage with this cyclical formula over and over again. The anthology is most valuable, therefore, as a taking stock of the waning appeal of “autonomous criticality” as a criterion of value, and, as such, offers a tentative first step in the circumvention of cul-de-sac critique.

Rebecca Sykes recently completed her doctoral thesis on the artist Andrea Fraser at Birkbeck College, University of London, where she is an Associate Tutor in the History of Art. Her research is concerned with the aesthetic and ethico-political registers of institutional critique (with a special emphasis on art discourse); she has a developing research interest in ‘post-critical’ writing methodologies. She was winner of the Art & Culture Art Criticism Prize Volume VIII and her writing has appeared in The Burlington Magazine, Photomonitor, and The Arts Desk. Between 2015 and 2017, she was General Editor of Dandelion Journal. She also works in museum education.