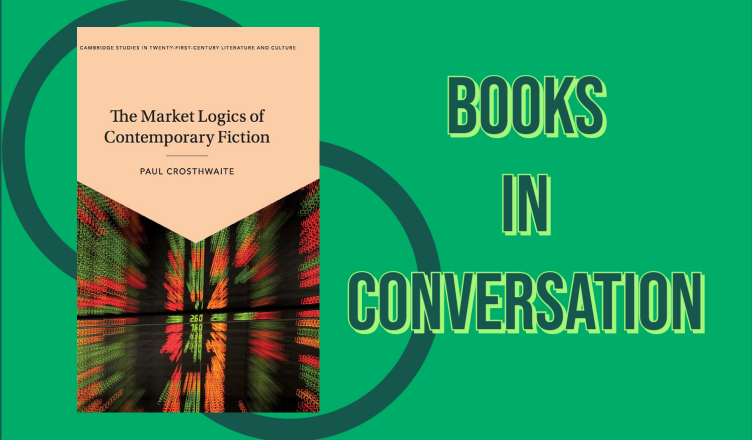 A conversation between Paul Crosthwaite, author of The Market Logics of Contemporary Fiction (Cambridge University Press, 2019), and Nicky Marsh

Nicky Marsh (NM): Paul, I’m very pleased to have the opportunity to talk to you about your new book, The Market Logics of Contemporary Fiction, which I greatly enjoyed reading. First of all, can you summarize what the book is about for those who haven’t yet read it?

Paul Crosthwaithe (PC): Many thanks Nicky. I guess, at the most basic level, the book asks this question: what happens to literary culture when the production of fiction is driven by the demands of the stock market? To put it like that is to simplify a highly complex situation, of course, but it gets at the core of what the book is trying to understand. The publishers that dominate the literary field today are under ever greater pressure from their parent companies to show results that will appease shareholders. And that pressure is passed on to authors themselves as a demand that they maximize the marketability of their writing. I argue that this situation—where the share price of a multimedia conglomerate on the New York or London Stock Exchange—hangs over how writers of fiction go about their craft has two key consequences. The first is that contemporary novelists are acutely attuned to the trends and preferences of the literary marketplace, and the extent to which they can or can’t be resisted. And the second is that many of these authors view the market for fiction, where they ply their own trade, through the prism of the financial markets, which influence literary culture so profoundly. So one form of market is figured in much contemporary fiction as a kind of model for the other.

NM: As you’ve said, one of the book’s most compelling arguments is that these conditions make authors increasingly self-conscious about how their writing is positioned in the marketplace. You use the term “market metafiction” to describe this kind of reflexivity. It’s an immediate and very useful concept—can you explain further what you mean by it?

PC: I’m referring to how authors foreground their struggles with the demands of marketability, on the one hand, and autonomy or artistic nonconformity, on the other, within their novels themselves. So this is a quintessentially metafictional strategy, whereby fiction reflects on its own procedures. But whereas we tend to think of such gestures as highlighting the artifice or fictionality of the text, here it’s more specifically about signaling how that artifice solicits or spurns the approval of the market. Many readers will be familiar with these kinds of moments in a novel like Ben Lerner’s 10:04, where we learn about how various commercial concerns have shaped the book we’re reading. But I argue that this mode extends much more widely across contemporary North American fiction (in particular), encompassing writers like Chris Kraus, Percival Everett, Tao Lin, Nell Zink, Teju Cole, Sheila Heti, Joshua Cohen, and Barbara Browning, to name just some of the clearest examples. The term “autofiction” is often applied to this group of writers, but I suggest that what they have in common is an intense concern not simply with the relationship between fiction and life, but between fiction and making a living. How the book will sell becomes in many ways the book’s key subject matter: hence market metafiction.

NM: So you see this mode as defining authors and novels that are very contemporary, very much at the forefront of what’s happening in fiction now. But you also argue that this tendency for novelists to internalize anxieties about the market in their texts goes back much further.

PC: Yes. The book offers an alternate genealogy of the Anglo-American postmodernist novel. I look at the “high” metafictionalists of the 1960s and ’70s, like B. S. Johnson or Gilbert Sorrentino; the “Avant Pop” genre/pomo exponents who broke through in the 1980s and ’90s, such as Kathy Acker, Bret Easton Ellis, and Iain Sinclair; the “New Sincerity” generation of David Foster Wallace and Dave Eggers, which emerged around the turn of the millennium; and the “genre turn” taken by ambitious fiction in the decade or so since the global financial crisis, as exemplified by a figure like Colson Whitehead. I argue that, during each of these overlapping phases, we can see major authors reflecting in their novels on how the finance-led transformation of the publishing industry is reshaping the production of advanced or experimental fiction. Market metafiction is the means by which writers have wrestled with the central postmodernist dilemma, which is how to deal with the contraction of the spaces of “semi-autonomy” that defined the culture of modernism and the historical avant-gardes.

NM: You also discuss how the American “encyclopedic” or “systems” novel has been shaped by an idea of the market as all-knowing or all-seeing. Can you say something about that?

PC: What fascinated me here was how the sprawling, dizzyingly ambitious novels that are such landmarks of recent literary history, especially in the US—Pynchon, Gaddis, DeLillo, Powers, Franzen, Wallace; more recently Garth Risk Hallberg or Hari Kunzru—are informed by economists’ claims for the financial markets’ omniscience. This is the “efficient market hypothesis” or EMH—the idea that financial prices reflect all of the world’s information. The EMH’s emergence and development are exactly contemporaneous with the “big” American novel of the kind I’m looking at, and I argue that the theory both attracts and repels such authors, promising a knowledge of the totality that is at the same time incipiently totalitarian. There’s a crucially gendered dimension to this: these male writers frequently position female characters as figures of non- or anti-knowledge, sites of resistance to the market’s aggressive will to knowledge that simultaneously re-inscribe age-old stereotypes of feminine inscrutability or irrationality.

NM: As I say, I loved reading this book: it is scholarly, innovative, and also a witty and engaging read. How would you describe the book’s most significant implications for the field of contemporary literary studies? What does it have to say to the field in general?

PC: Thanks! I suppose what the book is ultimately aiming to do is to centralize an understanding of financialization and its relation to the book trade in how we think about contemporary fiction. Brilliant studies by Leigh Claire La Berge, Annie McClanahan, Alison Shonkwiler, and Arne De Boever have examined how the financial system is represented in recent fiction. My starting point was the very practical and material implications that financialization has for any contemporary author in the Anglo-American context, in light of the growing dominance of the financial markets over the publishing industry and the literary marketplace. I try to show how finance is imaginatively and formally mediated in all kinds of complex and sophisticated ways in a wide variety of contemporary novels. But I also want to insist on the resolutely (perhaps—dare I say—even vulgarly!) materialist point that finance increasingly shapes the field of literary production as a whole through urgent and palpable pressures and demands. In other words, the question of markets—financial markets, literary markets, and their interrelation—is, I’d argue, an utterly central and unavoidable one for the study of contemporary literature. 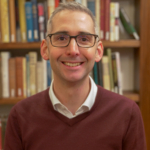 Paul Crosthwaite is a Senior Lecturer in the Department of English Literature at the University of Edinburgh.

Nicky Marsh is a Professor of English and Associate Dean in the Faculty of Arts and Humanities at the University of Southampton. She is the author of Credit Culture: The Politics of Money in the American Novel of the 1970s (Cambridge University Press, 2020).