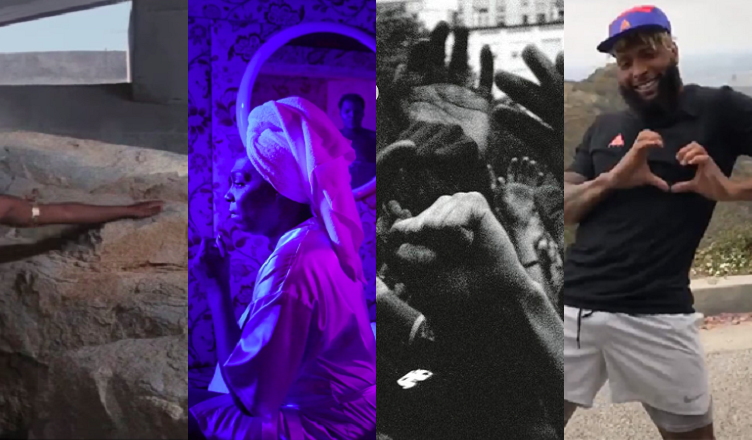 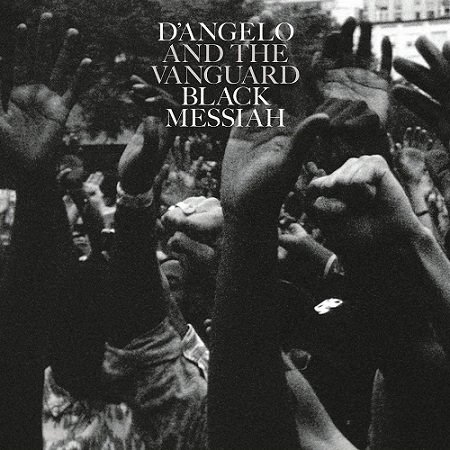 In December 2014, D’Angelo rush-released his third album, Black Messiah, in response to extrajudicial police killings of unarmed black men and women. A black-and-white image featuring a crowd of raised palms and fists comprises the album’s face and channels both U.S. civil rights protest imagery and “Hands Up, Don’t Shoot,” a phrase inextricably linked to the #BlackLivesMatter movement. Because of this urgent engagement with anti-black violence in the past and present, some saw Black Messiah as a form of restorative justice in “a media landscape in which [black] humanity is regularly assaulted,” as popular music scholar Mark Anthony Neal puts it.1

D’Angelo first rose to fame with his debut album, Brown Sugar (1995), and Voodoo (2000) solidified the singer-songwriter’s mainstream popularity. To his discontent, the video for “Untitled (How Does It Feel?),” the Grammy-award winning single from Voodoo, turned the crooner into a sex symbol and he ceased touring and releasing music for fourteen years.2 This hiatus makes the word play in Black Messiah all the more poignant. The redemptive overtones of the album’s title and cover art foreshadow salvation as well as the promise of one’s freedom vis-à-vis superior leadership and collective protest. But the melancholic lyrics, distorted bass lines, droning organ chords, and dense clusters of sound that rise and fall between frenetic guitar riffs and smooth, albeit strange, harmonies eschew the album’s reparative, liberatory ethos. In so doing, Black Messiah departs from the neo-soul contours of D’Angelo’s early years to offer a non-conforming sonic vision of black life.3 Notably, fans demanded refunds because of the album’s apparent sonic incoherence.4

Indeed, the songs on Black Messiah are discordant and dark. Even the most palatable songs, such as “Back to the Future (Part 1)” and “Another Life,” which follow a verse-refrain structure, defy aesthetic norms.5 “Back to the Future (Part 1),” according to Craig Jenkins, “looks for solace in memories ostensibly because the present is discouraging,” and the song’s title and melody seem to cue a wistful affection for the past.6 For Mark Anthony Neal, “Another Life” and Black Messiah more broadly evince an “unconditional,” “ethical” practice of “Loving Black.” D’Angelo’s soulful sounds, he describes, are “open arms,” “sweet nothin’s in our collective ears” that entreat us to “come a little closer” (emphasis in original).7 From this perspective, D’Angelo’s art functions as an alternative mode of “corporate media production” “as only Black can love itself, in a world where Black is so often perceived as absence, deficit and pathology.”8

D’Angelo’s sonic and visual world, however, does not express the hope of deliverance from racial terror, ruin, or loss; it is full of impossibilities and unrealized desires. Richmond, Virginia, the artist’s birthplace, “ain’t changed a bit,” he sings in “Back to the Future (Part 1).” Despite “traveling at the speed of light,” the singer remains “in the same spot.” Stagnation supersedes movement and change; acrimony and hopelessness succeed transcendence and redemption. In fact, “seasons may come and your luck just may run out.” Sentimentalizing the past, or “reminiscing over what you’ve been missing,” is therefore forbidden and futile, “taboo” as he puts it. Consequently, “Back to the Future” runs closer to a rejection or a refusal, a turning of one’s back to the future that is analogous to when a person shuns something or someone out of disappointment or despair.

“Another Life” is a similar tale of missed opportunities and dreams deferred that ultimately rejects the promise of heteronormative coupling:

It’s another reason for the season
I don’t wanna break your heart
Oh, in another life, I bet you were my girl, Oh!

The singer laments his present and imagines an alternate lifetime when he and his beloved might end up together. But there is little room for hope here. No intimate exchange occurs, and the singer refuses his imagined lover, driving them farther apart by retreating to solitude. His repulsion flouts the expectations of (black) social relations to avoid inflicting the harm—the heartache—he sees as inevitable.

This refusal, to use Leo Bersani’s words, “takes on the value of a break or seismic shift in a culture’s episteme: the injunction to find ourselves, and each other, in [the social and] the sexual is silenced” (emphasis in original).9 Pairing “Back to the Future” with “Another Life” in this way, then, presents another scenario. Instead of open arms, or a welcome embrace of community, coupling, and love, D’Angelo performs a deliberate betrayal of social norms spurred by disenchantment with how places of origin, the entertainment industry, and the sexualized body can overdetermine black being. Unlike the reparative triumph prefigured by the album’s eponymous messiah, the atypical harmonies, low tonal registers, and woeful words of “Back to the Future” and “Another Life” turn away from the value of sublimating suffering and forging ahead, of procreation, of futurity. The model of salvation put forth in “Another Life” especially refuses respectable instantiations of togetherness—sexual, racial, or otherwise. Sociality in this context derives not from mutual benefit and belonging, but from an anti-relational way of being (black) in the world. That is, the singer pursues isolation and self-exile in order to be alone, thereby declining to participate in the determined mechanisms of cooperative blackness. He is left only with his imagination of the impossible.

This queer figuration approximates the gay outlaw who, in Bersani’s words, turns “away from the entire theater of good,” a form of trespassing that, in its violation, occurs in excess of “the field of transgressive possibility itself.”10 The figure of the gay outlaw resonates with the self-exiled black social outlaw in that they both, in their abjection, reject the telos of heterosexual coupling as constituitive of the collective good. This disruption undercuts the domesticating plots of normative social arrangements and underscores the structural logic of queerness already at play in sonic and visual constructions of blackness.11 By placing refusal and racial otherness at the center of antiblackness’s composition, Black Messiah incites a disaffection all the more necessary in times of social and political upheaval.

Tiffany E. Barber is a scholar, curator, and writer of twentieth and twenty-first century visual art, new media, and performance. Her work focuses on artists of the black diaspora working in the United States and the broader Atlantic world. She is Assistant Professor of Africana Studies at the University of Delaware.