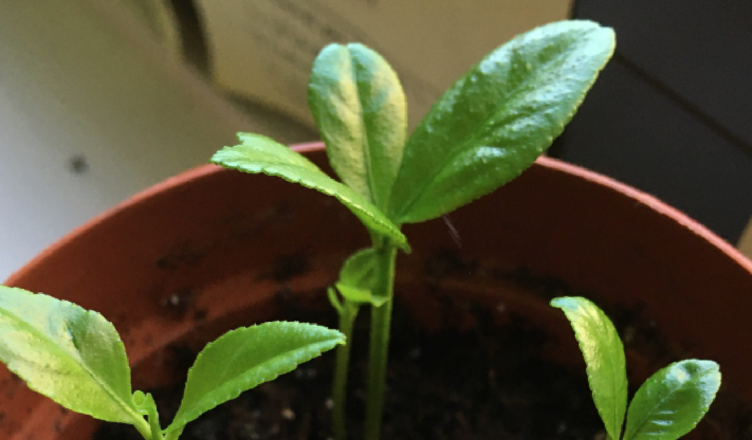 On days when their chests were tight and it was hard to breathe, what secrets did the enslaved confess to the unfurling plants around them? What truths did they find as their fingers traced the curve of a leaf or a blooming flower, as their hands embraced the wide, rugged trunk of a familiar tree? What kinds of exchange were possible? In reflecting on gardening, Jamaica Kincaid asks us to consider the power struggle that overdetermined the land: “what is the relationship between gardening and conquest?” she ponders. “Is the conqueror a gardener and the conquered the person who works in the field?”1 From her questions, more questions emerge. Could the small plot subvert the binary logic of the plantation and conquest? What alternative modes of being did enslaved people generate through the act of planting seeds for their own consumption? What solidarities were woven in knowing themselves both to be the consumed? These questions blending phenomenology, ecology and anticolonial discourse constitute their own territory within Caribbean thought. Writing about the enslaved in Saint-Domingue at the time of the Haitian Revolution, Michel-Rolph Trouillot asserted that:

At numerous times after the initial rebellion of 1791, rebelling slaves did not ask for an end to slavery, but merely for additional days to cultivate their plots. That the Haitian peasant has used every means to cling to a bit of family land should not, therefore, occasion surprise [….] the acquisition of family land and the laborer’s right to the product of the labor on such land were the terms under which freedom was first formulated in the history of the nation.2

The practice of tending to one’s garden, of developing economies separate from the plantation provided a new yet familiar terrain for experimenting with agency and autonomy beyond conquest. On the largest scale, this praxis constributed to sustained armed resistance against enslavement and colonialism, it led to a historical affirmation of Black power and dignity and to new formations of freedom, sovereignty, and independence. Another world was not only possible, it was crawling and growing and blooming out of the very soil that enslaved people toiled during moments stolen for self-preservation and survival. On the smallest scale, the garden offered and continues to offer a language and a grammar for healing, thriving, surviving, slowing down, and belonging.

The plot and the plantation also constitute spaces where Black subjects encounter fungibility. In fact, when illustrating the concept Saidiya Hartman developed, Syrus Marcus Ware offered a parallel that demonstrated how seeds and Black people both become disposable under capitalism. He explained: “When I grow tomatoes, I don’t care if every seed from my packet survives, pokes its way out of the soil and grows into a robust plant. If just three or four seeds make a tomato plant out of my seed packet, that is still more tomatoes then I’ll ever need: they are fungible.” This tomato seed provides one of many openings to reconfigure Black being beyond the opposition between the body and its environment, beyond the opposition between the garden and the heart. Black subjects in community with plant life have transmitted modes of belonging, desiring and being that can run counter to fungibility and challenge capitalist modes of production, reproduction, and extraction. For Tiffany Lethabo King, fungibility signifies at once premature death and the transformation of these conditions into something generative and life-giving. Fungibility can represent porosity, “an alternative orientation and relation to objects, plants, human and non-human elements in the world.”3. Whether in gardens, yards, plots of land, balconies, rooftops, alleys, fire escapes or windowsills, plants and seeds create an elementary dialectic through which laboring on ourselves can mean laboring on each other and vice versa. Community with plant life can then yield different modes of collective care, repair, and power.

This sense of interconnectedness and interdependence namely has roots in Haitian spirituality and vodou. Haitian artist Mafalda Mondestin has created a painting series that features nude figures rendered in solid black, often with breasts and rounded hips, always with a bald head. The figures in her “Marasa” series are engaged in subtle yet powerful acts of intimacy, set against a backdrop of leaves or trees. In Sens dessus dessous dans le frangipanier (Topsy turvy in the frangipani), two figures lie side by side on their backs. Their heads are pointing in opposite directions, and they are almost holding hands, their fingers lightly touching. Their legs and arms are parted slightly and their eyes are closed, indicating rest. The mention of “sens dessus dessous” in the title indicates a kind of chaos and disorder that stands in contrast with the stillness of the rested figures. Beneath them, the leaves are painted white, green, and at other times just their outline is traced in a light gray color.

Marasa means twins in Haitian Creole, and each painting in the series features two Black figures. The term holds deep significance within vodou. It denotes unpredictability and the resolution of seemingly irresolvable tensions. Vèvè A. Clark, who developed the notion of “marasa consciousness,” explains that:

Marasa states the oppositions and invites participation in the formulation of another principle entirely. […] Marasa consciousness invites us to imagine beyond the binary. The ability to do so depends largely on our capacities to read the sign as a cyclical, spiral relationship. […] Marasa denotes movement and change and may serve as a metaphor representing the profound differences in environment, social organization, and language encountered by slaves in the Americas.4

In Mondestin’s “Marasa” series, the leaves and trees in the paintings’ backdrops create another opposition, between human and nature, or between Black women and nature, that the artist asks us to resolve and reimagine beyond the binary. From this perspective, the gardener toils the fields, but is neither conqueror nor conquered. Similarly, Audre Lorde writes about the work of tending to each others’ gardens in a poem titled “Coping.” The poem reads: “It has rained for five days / running / the world is / a round puddle / of sunless water / where small islands / are only beginning / to cope / a young boy / in my garden / is bailing out water / from his flower patch / when I ask him why / he tells me / young seeds that have not seen sun / forget / and drown easily.”5 Here, the boy seems to have his own flower patch in the speaker’s garden. The poem disrupts the logics of ownership but most importantly presents the garden as a space to transform labor into care, into a life-giving and life-sustaining practice that blurs the boundaries between self and other, between human and non-human.

In the garden lie queer organisms in symbiotic relationship with each other that provide both remedies and lessons for the anxious heart to heal, to breathe, to grieve, and to fight. It is in the garden that we learn that agency is as much about self-determination, negotiation, and collaboration as it is about surrender. Plants offer a praxis rooted in movement, growth, adaptability, multiplicity, and an ethics of intentional porosity between self and other that can be expanded to the scale of the small island and anywhere where the self meets the other. Survival and peace for the Black heart might grow out of queer, anticapitalist practices of mutual aid such as the konbit, a cooperative labor exchange, that challenge fungibility. It might also stem from embracing the sacredness of each seed, each leaf, each flower, each fruit. The erotics and poetics of flora offer a blueprint to refuse conquest and build power horizontally, to re-encounter touch and relinquish borders, to invest in care and to return to love.

Nathalie Batraville is an Assistant Professor at Concordia University's Simone de Beauvoir Institute, where she teaches and conducts research in the areas of Black feminist, decolonial, and queer theory, with a particular focus on prison abolition and cultural productions of the Black Atlantic. Her scholarship examines the sexual politics of race in the wake of the transatlantic slave trade. In so doing, she works to generate and illuminate frameworks that unsettle hierarchies of difference and challenge violence at the level of the state and interpersonal relationships.