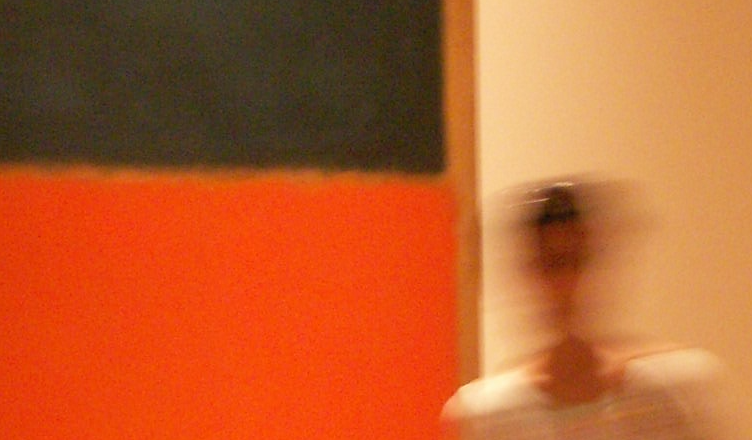 If there’s one thing queer theory claims to know especially well it’s how scary sex can be. As theorists of both psychoanalytic and Foucauldian proclivities such as Lauren Berlant, Tim Dean, Lee Edelman, and Lynne Huffer have convincingly argued,1 sex brings us into a frightening proximity with our own subjective disorganization, an argument best emblematized by Leo Bersani’s claim that being penetrated “has the terrifying appeal of a loss of the ego.”2 Sex, to riff on Fredric Jameson, is what scares. And yet, the appealing terror of desubjectivation that sex has been taken to stage has largely been articulated in the vocabulary of the sexual event, the representable occasion in which sex disrupts its participants—an incident to be avoided, embraced, or otherwise managed. Two new monographs—Gila Ashtor’s Homo Psyche: On Queer Theory and Erotophobia and Michael D. Snediker’s Contingent Figure: Chronic Pain and Queer Embodiment—interrupt this understanding by providing what Ashtor would call an “enlargement” of sexuality and in turn expanding the event to something more akin to the chronicity of Snediker’s pain. Ashtor does so through a sustained engagement with the psychoanalyst Jean Laplanche, while Snediker undertakes this intervention through a beautifully chimeric meditation on chronic pain in an archive of U.S. visual art and literature from the 19th century onwards. Taken in tandem, both books work to revalue and resituate the sexual by prying it from the event’s monopoly, instead outlining its chronic condition.

As an argument of Berlant’s summarizes well, against rampant sex negativity that refuses to see sex “basically as a good,” queer theory, by contrast, is thought to reconsider sex’s scariness as “a good that can reveal your incoherence.”3 Calling queer theory’s bluff, Homo Psyche alleges that—rather than invested in the valuably “terrifying” effects of sex suggested by Bersani—the field remains puzzlingly erotophobic. The “erotophobia” against which Ashtor aims is distinctively psychological: defined as “the denial of ‘enlarged’ sexuality that leads to and enforces the belief in psychic self-begetting” (19). Contra the perturbing sexuality which queer theory delineates to its event, “enlarged” sexuality—as Ashtor adopts the term from Laplanche—is situated “in the context of biopsychical development and relationality, it leads us away from the familiar illusions about our own independence and toward the discovery of the other-in-us” (18). Devoting each chapter to one of queer theory’s genealogical goliaths (Eve Sedgwick, Bersani, Jane Gallop, Edelman, Judith Butler, and Berlant, respectively), Homo Psyche offers a corresponding concept from the metapsychology of Laplanche that seeks to renounce such “psychic self-begetting.”4 Notwithstanding Ashtor’s construction of the book’s Laplanchean scaffolding in early chapters that survey queer theory’s longue durée—a survey that, I suspect, will nevertheless be invaluable for uninitiated readers and instructors—Ashtor’s polemic brilliantly dazzles in the following five chapters that aim to emphasize sexuality’s chronic intrusion. In the book’s second chapter, for instance, Ashtor turns to Laplanche’s “new foundations” of psychoanalysis that imbed the psyche in relation to others in order to contend with Bersani’s suggestion of sex as “self-shattering,” with the “ability to set affect free from psychic organization.”5 Criticizing Bersani’s subordination of Laplanche’s earlier work to his later,6 Ashtor illuminates Bersani’s “self-shattering”—despite its promise of “a loss of the ego”—as reaffirming a commitment to the ego as the very locus from which the subject’s sexuality emerges. “[I]f sex is the repetition of the original experience of trauma-as-pleasure,” Ashtor observes, “then the ego is no different than a heroin addict whose first high turned him into a junkie for life” (72).

This analogy (as unsavory as it is) mimics not only Bersanian self-shattering, but also the field’s more general theorizing of penetrative otherness as an iterative encounter. Contrary to Bersani’s apparent recasting of sexuality as the subject’s masochistic collision with alterity that, in its collisional wake, loosens us from our more solipsistic selves,7 Ashtor’s perceptive reading reveals self-shattering to, rather than facilitate its loss, revitalize the ego in its capacity to be shattered again and again. “Bersani’s call to embrace our fundamental ‘nonrelatedness,’” Ashtor writes “is premised all along on the security of the ego at the center of sexuality and sexuality as the repetition of achievable pleasure” (84). With each repetition of self-shattering, “His Majesty the Ego” is exalted once more to repeat the encounter as the “self” sees fit. Queer theory’s intrusive sex, then, announces its “terrifying appeal” as “the ego is dead, long live the ego.” Turning from this proclamation of sexuality’s egotism is the vital departure Homo Psyche makes, thereby initiating a turn from a model of the self which is only, under certain conditions, penetrated by otherness, opting instead for a model more resembling constitutional intrusion. The possibilities for Homo Psyche’s reception, like Laplanche’s own relationship to psychoanalysis, is a foundational overhaul of sexuality, “enlarging” it beyond the self.

The constitution of such a self in Ashtor’s polemic finds resonance with Snediker’s emphasizing of its felt reality in Contingent Figure. Understanding a form of intrusiveness that is not the same as the sex act itself per se, but nonetheless re-centers a kind of enduring penetrative eroticism that transforms how we think about sexual doxa à la Bersani’s “terrifying” event, the book directs the intensity of close reading inwards as much as out, attempting to consider “chronic pain apart from the mutual cottoning of narrativity and mimesis” (xvi).  In its endeavor to wrest the account of chronic pain from representational coherence, Contingent Figure conceptualizes chronic pain through a register of “figuration.” Not figuration as a metaphorization of chronic pain but rather as the phenomenological experience between being’s literal and abstract formalism, wherein “figuration isn’t external to the variable experience of lived embodiment: it is lived embodiment” (32). In astute, patient readings of Herman Melville, Emily Dickinson, Henry James, Bersani, and Sedgwick, Snediker makes a case for an understanding of chronic pain as eschewing any disjunction between somatic distress and psychic disruption. In lieu of that disjunction, Snediker maintains, chronic pain’s figurative embodiment “moves between the residuum” of the two (4). Chronic pain, by being that which occupies the interstice between inside and out, blurs both.

It makes sense, then, why Snediker turns to Dickinson in the book’s third chapter. Reading “The Outer – from the Inner,” Snediker dispenses with the titular subjects’ apparent distinction, observing, instead, the poem’s “quiet radicalism” that opposes the production of “outside” and “inside” as anything more than provisionally disparate (105). This reading only comes into paradoxical focus, however, through Snediker’s correlation of the poem’s figurative blurriness with Dickinson’s extended experience of eye pain, the “specifically figurative moorings that neither Dickinson criticism nor disability theory has yet quite to articulate” (90). Opposed to the transparent eye of Emerson by which the viewer disappears into the viewed environment, Dickinson’s eye forecloses its disappearance.8 Or, as Snediker puts it, the eye’s chronic pain “renders vision and pain coincident… Dickinson’s ocular impingements intimate an erethism toward the body’s vulnerability to the world the eye lets in” (89). The poem’s work of stitching together the discontinuous Outer/Inner of its contemplation introduces the felt, figurative—not quite concrete, not exactly immaterial—reality of chronic pain as the vulnerable “middle distance within or along the spectrum of physical embodiment and imaginative abstraction” (107).

In such a reading of chronic pain, Contingent Figure draws our attention to something like the quotidian of being penetrated from the outside, a penetration which the category of “chronic pain” serves as only a single referent. That is, like the Dickinsonian eye that doesn’t disappear in but is vulnerable to the world, Snediker’s version of penetration is rethought outside of the lexicon of its event. One doesn’t expect the eye to become, from moment to moment, any less vulnerable. Nor, recalling Ashtor, could what we refer to as sexuality ever be considered outside of the penetrative relationality which incites it. Yet, crucially, Snediker’s survey of chronic pain does not conflate chronic pain with sex.9 Rather, the two share logics that illuminate one another. What Snediker shares with Ashtor is a rejection of alterity’s intrusion as an event, a rejection that Snediker’s language of chronicity contributes to a theory of sexuality more generally. So, too, if allegorizing sex is an attempt at, as Jean-Luc Nancy puts it, a “figuration of the unfigurable,”10 then Snediker’s “figurative” pain is similar to the “unfigurabilty” of sexuality, in that it too troubles a “trust in the visible world’s epistemological sufficiency” in favor of an “inner life of the imperceptible” (10). Ultimately, both the unfigurable interior of sexuality and the figurative “Inner” of chronic pain are feats of our being chronically situated in relation to otherness. The erotic life that is inimical to our singular possession and the painful reminder of our vulnerability to the world to which we belong—this is the penetrative relation that cannot be pinned down to any representational literalism that sex’s “event” claims to signify.

Together, these two recent releases suggest an ongoing reassessment of queer theory’s central commitments to alterity, coaxing us toward an acknowledgement that, contra the calcified presumptions of psychic independence which animate not only our understandings of sexuality but of relational life tout court, we are from the beginning already constituted from the outside. What Ashtor and Snediker enjoin us to grapple with is what is really scary about sex (and thus worth attending to): not that sex, on occasion, impedes our subjectivity, but that its very possibility evidences that subjectivity’s chronic entanglement with otherness.

Austin Svedjan is a doctoral student in the Department of English at Louisiana State University, studying and teaching queer theory and 20/21st century literature. Austin’s writing appears or is forthcoming in South Atlantic Review, The Southern Quarterly, and Barthes Studies, and is the co-editor (with fahima ife) of the ASAP/J cluster “Restless Flying: fragments.”