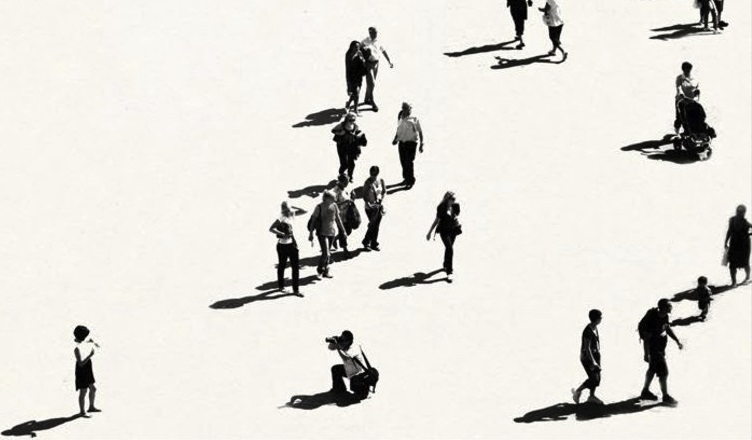 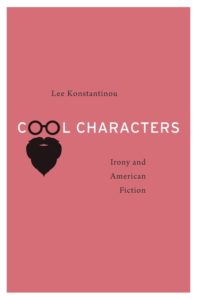 Postmodernism has been dead for quite some time now, and scholars still contest the name of the contemporary literary era. Terms such as cosmodernism and post-postmodernism attempt to define the newest wave of literature, and postirony is another term to include in the ever-growing list scholars can use to define—if not ever fully pin down—the contemporary literary moment. Published in 2016, Lee Konstantinou’s Cool Characters examines the roles of character and irony in postwar American fiction while also tracking the shift from irony to postirony. Konstantinou’s book is also a study of contemporary American fiction’s inherent ties to politics following World War II, with Konstantinou arguing convincingly that characters—specifically ironic characters—bridge the gap between fiction and politics during the period. The result is a characterological study in relation to irony and postirony that aims to “shed light on this larger project of naming the present” (38). The structure of Cool Characters follows its characters’ leads: each chapter focuses on a specific character type, beginning with the postwar hipster, then the punk, the believer, the coolhunter, and concluding with the occupier. Prior to explicating the character type as it works in contemporary American fiction, Konstantinou provides extensive historical and political background for each type.

Konstantinou begins his book with an introduction about irony and postirony and their positions within postmodern and post-postmodern literary movements. He outlines three models of political irony (“the cognitive, the antifoundational, and the historicist”) before defining the fourth, the characterological, the model around which the book centers (10). An explication of the first three types of political irony diverts from the focus of this review, but Konstantinou’s definitions helpfully contextualize his methodology in approaching characterological political irony. Irony, he argues, is an ethos and an askesis; that is, irony builds credibility and the individual’s relationship to “some cosmic order with which she is not properly aligned” (20). This misalignment is best expressed through American cultural politics. Konstantinou uses much of his introduction to explain the American cool—Bohemia—in which “American writers found the resources to criticize and live the life of irony” (23). In other words, bohemia finds its power in irony. Beginning in the late nineteenth century and continuing through the modernist era, Konstantinou chronicles how irony became a political tool at the eve of World War I and through the reception of Nietzsche’s antidemocratic thought. This brief explication of early twentieth century ideas surrounding the politics of irony provides a solid footing for Konstantinou’s focus on postwar irony and the subsequent postirony movement in literature. Additionally, this historical grounding shows how differently irony works following WWII. The postwar ironist, Konstantinou explains, has the profound ability to unveil the logical holes in “hegemonic conceptions that pass themselves off as common sense” (31), and the figures of irony in each chapter reveal such gaps during the decades that follow WWII.

Konstantinou uses the cosmic misalignment at the heart of irony to define the hipster in his first chapter. For his argument, Konstantinou effectively analyzes two black characters: B. P. Rinehart in Ralph Ellison’s Invisible Man (1952) and McClintic Sphere in Thomas Pynchon’s V (1963). To highlight Rinehart’s irony, Konstantinou employs Kenneth Burke’s theory of symbolic action, positing that Rinehart’s purpose, passion, and perception figure him to be what the narrator—the invisible man—strives to be. The invisible man’s goal of emulating Rinehart illuminates the latter’s irony; though he is a black man on the periphery of society, Rinehart’s awareness of his social status as a black man is “at least at first [grounded] upon a belief on the part of critics and intellectuals” that approaches “the very definition of freedom” (76). The second half of the first chapter begins with a detailed history of the publication of Thomas Pynchon’s short story “Entropy” in The Kenyon Review in 1960. Konstantinou states that the publication arrives at an important moment in Pynchon’s career and at a pivotal moment in literary history. New Criticism, the dominant school of interpretation following WWII, was waning, and burgeoning literary figures and major literary magazines were at the crossroads of “New Criticism and countercultural sensibility” (83). The blossoming awareness of counterculture’s reliance on irony and its hip, no care attitude towards criticism not only threatened the New Criticism movement but ushered in a new type of postmodern literature that Pynchon’s V, according to Konstantinou, embodies. Konstantinou’s analysis of Pynchon’s V centers on Sphere’s ethos; Pynchon’s characterization of Sphere models the character as ethically responsible. Ultimately, through his study of the hipster as an ironic figure in V, Konstantinou declares that aspiring hipsters—those who subvert social and political norms—should pursue information. For in this information lies the power to ironize.

The second chapter evaluates the punk, a figure who is “the child of . . . low growth, high inflation,” or stagflation (105). For Konstantinou, the punk is radical by virtue of the economic situation of the 1970s and depends less on knowledge, thus establishing a fundamental difference between the punk and the hipster. Konstantinou compellingly illustrates his argument through William S. Burroughs’s The Wild Boys: A Book of the Dead (1971) and Kathy Acker’s Pussy, King of the Pirates (1996). Burroughs, the Godfather of Punk, was not a punk; rather, his literary style encouraged a punk attitude (ethos) that equates power with a control of language. Burroughs’s famous declaration “BUGGER THE QUEEN” in response to the Sex Pistols’ song “God Save the Queen” emblematizes for Konstantinou the political and linguistic subversion of the punk. In The Wild Boys, a book that David Bowie stated inspired his alter-ego Ziggy Stardust, the coterie of boys exploits images and language to incite revolution. The community the wild boys form exemplifies Konstantinou’s idea of a positive dystopia; in dismantling liberal programs, the punk cultivates an ethos of DIY. Kathy Acker exacerbates this ethos of do-it-yourself individuality in her book Pussy. Konstantinou notes how punk influenced Acker’s belief in art as social resistance, stating that she “describes punk as a solution to a problem arising from a broken relationship between artists and their imagined or actual audiences” (138). In Pussy, Acker’s punk characters undo norms and, along with the slut characters, create the pirate. Moreover, Acker ironizes the typical meanings of punk and slut to aggrandize her point about the state of capitalism and neoliberal ideologies in the late twentieth century. Konstantinou concludes the second chapter with a catalog of characteristics regarding positive dystopias. Both a political ideal and a narrative genre, the positive dystopia destroys identity categories, allowing for “a space of infinite play” and “spiritual connection outside of categorization” (153).

Chapter three—“How to be a Believer”— begins part two of the book: Postirony. Here, Konstantinou interrogates the metafictional qualities of David Foster Wallace’s short stories, essays, and Infinite Jest and Dave Eggers’s memoir A Heartbreaking Work of Staggering Genius and his publishing house McSweeney’s. Tied to both authors and their works is “the consumerist end of history” and a narrative imaginary that creates “a characterological countertype to the incredulous ironist”—the believer (169). Konstantinou uses the apocalyptic, Christian series Left Behind by Tim LaHaye and Jerry B. Jenkins as a foil to Wallace’s work, which cannot accept a religious answer to an apocalyptic world. This inability translates to Wallace’s refusal to return to irony. Through his extensive study of Wallace’s works, Konstantinou argues that Wallace uses postirony to write characters who dedicate themselves to belief rather than challenging or usurping power. The study of A Heartbreaking Work of Staggering Genius focuses on Eggers’s metacommentary and the quirkiness of McSweeney’s, both of which underscore Eggers’s desire for an alternative publishing institution. Konstantinou states that the metacommentary throughout Eggers’s oeuvre creates a quirky tone; furthermore, the “greatest threat” to quirkiness is “disbelief, snark, ingratitude, or disenchantment” (210). Essentially, this third chapter insists that works that deploy metafictional, postironic elements attempt to defeat institutions that generate incredulity, or perhaps even conspiracy, making this a fascinating chapter to read amidst ongoing attacks on American institutions.

Chapter four introduces the coolhunter. The coohunter basically finds the coolest and most exciting products for capitalist ventures. Konstantinou’s examination of the coolhunter is the most ambitious of the entire book, for it covers three science fiction novels: The Savage Girl (2001) by Alex Shakar, Pattern Recognition (2003) by William Gibson, and A Visit from the Goon Squad (2010) by Jennifer Egan. The coolhunters in these novels reckon with the tension between individuality against the market and the market as a way to commodify individuality. Konstantinou zooms in on the relationship between postirony and the marketplace in his analysis of these three novels. In The Savage Girl, Ursula’s marketing campaign aims to resist consumer, capitalist culture; Gibson inundates Pattern Recognition with logos that underline the global market’s connectivity; finally, A Visit from the Goon Squad examines literary self-branding and its correlation to the capitalist market. Konstantinou’s composite argument emphasizes that the coolhunter emerges from a culture under neoliberalism and global distributions of labor.

The conclusion of Cool Characters presents the occupier as a postironic figure. Here, Konstantinou introduces the postironic Bildungsroman, which signals the end of “either individual or collective political maturation” (275). He studies the Occupy Movements as depicted in Rachel Kushner’s The Flamethrowers (2013) and Jonathan Lethem’s Dissident Gardens (2013). He convincingly argues that an occupier must begin the journey of political understanding at naivety, and through cynicism and postmodern irony, the occupier reaches “a state of postironic political commitment” (275). Konstantinou argues that the occupier and, subsequently, the reader join a collective “final state of postironic political commitment” (275). His reading of The Flamethrowers concentrates on the occupier community and how the novel revamps the metahistorical romance, a postmodern genre theorized by Amy Elias. This updated genre in tandem with community “affords a window onto the real. History, it turns out, is happening now” (280). Lethem’s Dissident Gardens emphasizes the history that is happening now by implementing a Manic Pixie Dream Girl character who allows the protagonist to move from a state of political disenchantment to one of wonder. This Occupy character provides Lethem’s characters a political movement that might “reverse, or at least halt, the American Left’s downward political trajectory” (285). The ultimately hopeful ending of the novel for Konstantinou exemplifies the path postirony is taking in contemporary, post-postmodern literature.

Cool Characters and its emphasis on irony and postirony in contemporary American fiction is a welcome addition to the conversation about the legacy of postmodernism. While the book does not, nor does it ever aim to, provide clear cut directions to transcend political cynicism, the author certainly suggests methods with which to begin: we must gain an “ironic understanding of our own countercultural inheritance while simultaneously developing a nonironic commitment to learning how to build enduring institutions” (288), thereby encouraging people while also dismantling hegemonic structures that produce political cynicism in the first place .

Jay Shelat is a PhD student at the University of North Carolina, Greensboro, where he studies contemporary fiction and narratology. Jay’s research interests vary, ranging from Shakespeare and DeLillo to Bollywood film and music.