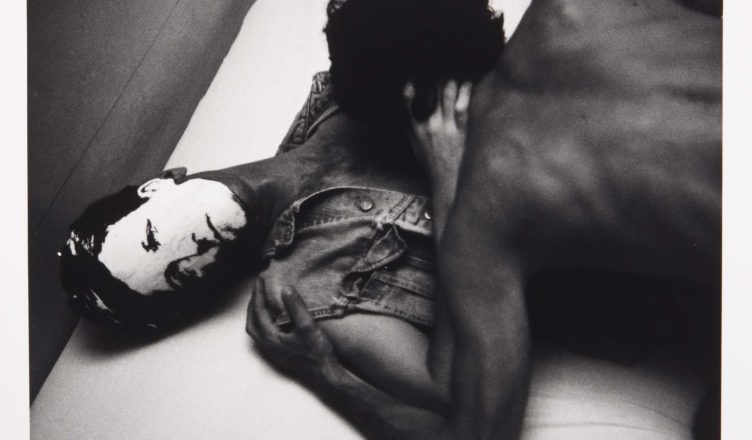 For at least a decade, the history of queer art practices in New York City during the 1970s and 1980s has been experiencing a revival. In exhibitions small and large, texts academic and personal, the social and artistic practices that flourished along the decrepit waterfront of the Hudson River before the AIDS crisis have been thoughtfully addressed by historians and art institutions alike. Cruising the Dead River: David Wojnarowicz and New York’s Ruined Waterfront, Fiona Anderson’s exemplary book on queer artmaking from the period, joins the volumes on this small but not yet crowded table. Anderson’s study is likely to have a further, catalytic effect, thanks to her insightful eye and deep archival knowledge. Early in the text, Anderson plainly states that her project “examines the combined erotic and aesthetic pull of the abandoned waterfront, exploring the queer appropriations of its piers and warehouses” (4). The idea of exploring is key here: where the queer uses of New York’s ruins constitute Anderson’s subject, cruising informs her method.

Building upon the landmark work of Mark Turner, Leo Bersani, and Tim Dean, Anderson argues that cruising “has a queer historical orientation that is both imaginative and material” (13). For Anderson, cruising is a strategy by which one can experience erotic or aesthetic pleasure from one’s object, while also tapping into a complex political history that extends laterally from each encounter. In order to demonstrate this, she frequently turns to the book’s titular artist, David Wojnarowicz. The most complex and rewarding chapter, for example, is a comprehensive study of Wojnarowicz’s project Arthur Rimbaud in New York (1978-9). This popular series is composed of photographs that show either the artist or a companion wearing a photocopied mask of Rimbaud’s face in locations throughout the city. For many, these photographs are now iconic—the summer 2018 edition of Artforum featured the verso of the mask on its cover, emphasizing the mask’s immediate recognizability even in its reversed state. But rather than take Wojnarowicz’s identification with Rimbaud at face value, Anderson digs deeply into his work and archive to understand what the artist meant when he wrote in his notes that the series “play[ed] with ideas of compression of ‘historical time and activity.’”1 For Anderson, Wojnarowicz uses the spectral figure of Rimbaud in images like “Arthur Rimbaud in New York (kissing)” to disrupt linear history altogether—a technique, she argues, the artist learned from cruising for sex on the waterfront. Following Wojnarowicz’s lead, Anderson writes that the cruiser “creates not new kinds of space but new kinds of time, moving within a temporal landscape made up of multiple times appropriated from the imagined personal histories of his anonymous partners, past and future” (116). This argument recalls a poignant line that appears in the artist’s written, visual, and spoken work: “When I put my hands on your body on your flesh I feel the history of that body.” An image like Arthur Rimbaud in New York (kissing) acts a “cross-temporal collaboration” that erotically brings “Rimbaud into the present, representing a proximate relation that was already active and making it material” (100-3). In other words, the queer past isn’t something remote; it is something that can and should be felt like another body.

Throughout the text, Anderson develops the convincing argument that artworks—whether occupied by figures or not—can also be cruised. Whereas Wojnarowicz demonstrates how a queer past can be made present by conjuring a historical figure, Peter Hujar shows how spaces vacant of people are also charged with queer, erotic energy. In an insightful and detailed analysis of Hujar’s photographs of the abandoned piers, Anderson argues that these ruined, empty spaces are cruising grounds for the viewer as if he or she were amongst the scene. Hujar’s photographs “revel in the ruinous aesthetic of the waterfront warehouses” that have been “stripped of their original purpose,” making them “the ideal location for anonymous sexual encounters” (24). Although a photograph like Pier—Four Doors does not feature any figures, the work itself is rife with cruising potential. As we scan the crumbling walls, look toward the falling ceiling, or attempt to locate ourselves in relation to the four doors, we become cruisers looking for an encounter of any kind: aesthetic pleasure, a parting glance, someone lost to history. As Anderson notes, the waterfront infrastructure “encouraged the projection of phantasy”—an encouragement extended to the viewer as well (24). This cat-and-mouse game is most strongly felt in the work of Alvin Baltrop. In Baltrop’s magisterial photographs of the piers, the artist depicts the ruins in media res. From a sexual encounter in progress, to sunbathers in the midst of their leisure, to the locked eyes of two cruisers, Baltrop had an eye for capturing such fleeting moments. These exquisite compositions are rarely straightforward, however: like Hujar’s photographs, viewers are invited to peer into Baltrop’s images, a close engagement further encouraged by the pictures’ small size, and cruise for a subject matter couched in furtive parentheses. In The Piers (blowjob) (date unknown), viewers “have to cruise the images for clues,” which means peering past the zigzag structure of a collapsed bridge to find the hidden act (25). A similar experience can occur in the work of other photographers, such as Leonard Fink, Andreas Sterzing, and, of course, Wojnarowicz—all of whom offer the opportunity to cruise their work.

It should be noted that Cruising the Dead River is not a monographic study of Wojnarowicz. Instead, his writing and visual art serve as lenses and examples through which we can understand the connection between ruins and cruising. Although the most well-known use of this derelict landscape is the cruising for sex that occurred between gay men, Anderson reimagines cruising as an expansive practice that is not limited to any one group or time period. The infrastructural neglect and decay that resulted, in part, from the city’s financial crisis in the 1970s acted as both subject and medium for many artists such as Gordon Matta-Clark, who carved and cut shapes into a waterfront warehouse in his famous work Day’s End (1975), to Ruth Kligman who drew a nude woman on a flaking wall as part of the Ward Line pier project (1983). In addition, contemporary iterations and imaginings of the piers can be found in the choreographic work of Xaviera Simmons, the conceptual work of Jill Magid, and the photographs of Emily Roysdon. One of Anderson’s remarkable feats is recounting and analyzing these many histories without being historicist for history’s sake. While the book is not chronological, its thematic thread can be followed throughout. Replete with archival and object-based analyses, Cruising the Dead River is at once a well-crafted examination of this diverse and neglected history and a highly instructive example for future scholars.

In his personal account of art and culture in New York in the 1970s, the late Douglas Crimp (to whom Cruising the Dead River is dedicated) writes that when he moved to New York in the late 60s, he “would have to learn how and where to be queer all over again, since being queer is a matter of a world you inhabit, not something you simply are.”2 Queerness, as he notes, involves worldmaking—the making of new visions, new desires, new ways of being. Throughout history, we find glimpses of this that reaffirm queer life. The piers, of course, are just one example. Anderson’s text helps demystify the waterfront; rather than obfuscate the queerness of the piers into a utopic vision of the past, she demonstrates that the piers’ inhabitants actively created the locale’s magic. By default, these structures along the Hudson River were not gorgeous or luxurious; they were decrepit, risky, and marred by both institutional and casual homophobic violence. However, we might liken this history to a Baltrop photograph: buried deep within so much ruin and decay, there existed sparks of beauty and pleasure waiting to be found. And like a cruiser, as Anderson argues, you just need to learn where to look.