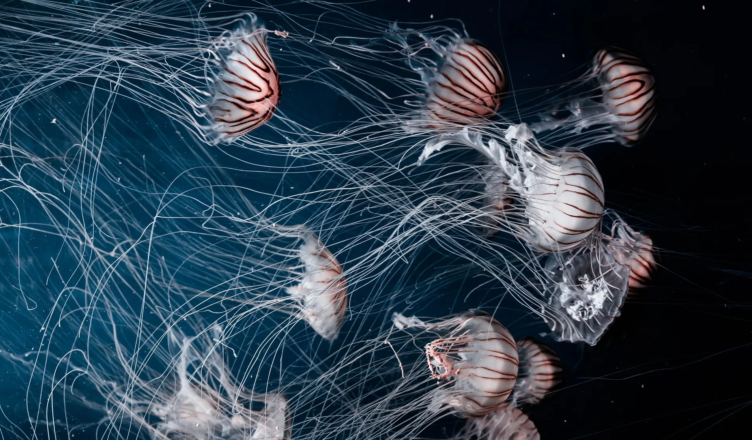 What is the Anthropocene? It depends on whom you ask. Coined by Paul Crutzen in 2000 to mark the current geologic age profoundly shaped by humans, it begins at 1610, 1760, 1950, or 1964.1 The term is either a crucial consolidation of a difficult concept, an ethical provocation, or a discursive fallacy. It is both rhetorically compelling and obscures guilt, a combination that has proven high-yield in cultural uptake: Grimes’s 2021 electropop album, Miss_Anthropocene, for instance, is both an explicit response to Crutzen and an attempt to make climate change “easier to look at” through personification. “I wanted to make climate change fun,” Grimes explained, as her then-partner sent rockets into space. “…It’s going to be super tight.” Aware of the over-determination of the term, David Farrier’s excellent 2019 book is not trying to make climate change “fun,” but it does try to make it poetic.  “We might perhaps,” he writes, “profitably think about the Anthropocene in light of the operations of poetry” (5). But he is fully convinced that things work the other way around: “We most certainly must think differently about the poem as a consequence of the Anthropocene” (5).

Anthropocene Poetics: Deep Time, Sacrifice Zones, and Extinction shows how deep time and the revised “geological status” of the human put pressure on the stability of the lyric “I” and the lyric “now.” This focus on deep time distinguishes Farrier’s book from previous entries to the field. He uses three main rubrics: the “material turn” in environmental philosophy, the “plantationocene” and the role of capitalism in climate crisis, and extinction studies. Each of these rubrics, in turn, grounds a chapter that focuses on two or three poets. Chapter 1, “Intimacies,” reads Elizabeth Bishop and Seamus Heaney as “thickening” the present with awareness of other times and places. Drawing on new materialist scholars like Elizabeth Grosz, Timothy Morton, and Jane Bennett, Farrier considers how tactility and texture in Bishop and Heaney’s poems create geologic intimacy. Chapter 2, “Entangled,” reads Peter Larkin’s plantation poems and Evelyn Reilly’s Styrofoam in light of critiques of the Anthropocene by Jason Moore and Anna Tsing. Moving away from the lyric form, “Entangled” shows how avant-garde writing can reveal the complexities of the ostensibly “smooth” surfaces of plastic and plantations alike. In attending to the legacies of colonial land use and the role of capital in anthropogenic change, this chapter posits experimental poetry as useful in grasping “resources as relational.”2 Finally, Chapter 3, “Swerve,” reads poems by Mark Doty, Sean Borodale, and Christian Bök as collectively concerned with multispecies kin making and biodiversity loss. Drawing on theoretical work by Donna Haraway and Deborah Bird Rose, Farrier presents the figure of “the clinamen,” or swerve, as a conceptual movement enacting the “intentional turn toward nonhuman life that is also a turn back to the (newly strange) self” (90). Moving from jellyfish to bees to unkillable bacteria, this final chapter builds on the first two to call for an ethics of more-than-human collaboration.

The strengths of the third chapter typify the strengths of Anthropocene Poetics as a whole, particularly the effortless toggle between poetic form and scientific fact. Reading Borodale’s Bee Journal, for instance, Farrier begins with a brief excursion into the early 2000s fear of a neonicotinoid-triggered “beepocalypse.” He then takes the reader through the insect’s position in the field of animal studies (a kind of “unloved other”), the role of honeybees in Virgil’s Georgics, and Karl von Frisch’s 1973 discovery of the honeybee dance.  Looking specifically at Borodale’s “27th May: Geography,” Farrier reads the opening stanza as a “bold trochaic, darting through a series of subordinate clauses as the poem’s attention tries to keep pace with the brimming bees” (102). Borodale’s anaphora, Farrier continues, “binds together hive, house, and environs in a weave of different temporalities—the fleeting moment of ‘the last floodlit bit of daylight’ and the ‘commune of memory’ that reaches back into the deep past” (103). The apostrophe—that old chestnut of lyrical ethics—becomes a catalyst for new structures of relation. If Farrier’s coda returns to an anxiety expressed in the introduction by way of W. H. Auden’s famous line—“Poetry makes nothing happen” as a caution against overstatement (128)—in moments like the Borodale reading, poetic analysis feels like an opening to Anthropocenic thought.

I say “opening,” though, because Anthropocene Poetics sometimes seems to ask more questions than it answers. The project is a slim 128 pages, and while this lends a pleasurable economy of style, there were also moments that could have benefitted from more robust explanation. Farrier establishes early on that queer ecology “imports the troubling of the boundary between inside and outside, on which heteronormative general strictures are based, to a rethinking of the relationship between life-forms” (18). But as the project progresses, it becomes harder to parse the use of the term. The “‘deathlessness’ of plastic … is queering the world’s oceans” (81). The HeLa cell line, formed from cells taken from Henrietta Lacks’ biopsy, is a “form of simplification … as the basis for a radical ontological queering” (84). And Kathryn Yussoff’s writing “queers the common assertion of the Paleolithic Lascaux paintings as an original moment in the development of human consciousness” (43). How are we supposed to judge this queering across examples both generative and unsettling? At what point does queering lose its referent in queer theory and simply mean “disturbs”?Tracking queer relation with further specificity, and with regard to Farrier’s broader claims about proximity ethics, would bolster an already fascinating line of inquiry.

I also found myself looking for more interrogation of “the plantacionocene” in Chapter 2. Tracing the term back to Anna Tsing, Farrier describes the plantationocene as an organization of nature that couples “a genetically isolated, cloneable planting stock with an equally isolated and replaceable source of enslaved labor and an ideology of terra nullius to design a way of organizing nature that could be replicated in different environments across multiple scales” (54). I wondered, reading through the subsequent engagement with Larkin’s “un-peopled” English woodlands, what this chapter would look like in conversation with Janae Davis’s concurrently published “Anthropocene, Capitalocene…Plantationocene?” Citing the initial 2014 discussion of the plantationocene where gathered anthropologists concurred that “plantations are just the slavery of plants,”3 Davis critiques the way human labor in plantationocene discourse becomes “only one element within the broader constellation of exploited lifeforms,” and so “the matters of Black embodiment and the disciplinary regimes of the slave plantation remain obscured.”4 Read in light of Davis, Chapter 2’s discussion of the “colonization of Mear’s plantation by ash and beech,” and pines as “pioneer” species elides the human violence of the plantionocene (66).

Ultimately, Anthropocene Poetics leaves open many questions about the place of the human. Where are people having the interesting sex? Are we going to talk about race? Who is tending Bök’s bacteria? But these questions illustrate both the challenge and the urgency of Farrier’s project. If Anthropocenic poetry helps readers move beyond the merely anthropocentric, if it is a reminder that “life is an ongoing process of multi-species poiesis” and carries an attendant ethical charge, poetry becomes a crucial resource in the ongoing challenge of collective rearticulation (128). Anthropocene Poetics provides a valuable introduction to these stakes—elegant, provocative, and open.

Molly MacVeagh is a lecturer in modern literature at the University of Groningen. She writes on food, science, and the environment in contemporary fiction. Recent essays can be found in Los Angeles Review of Books, Public Books, Contemporary Literature, and A.R.I.E.L.