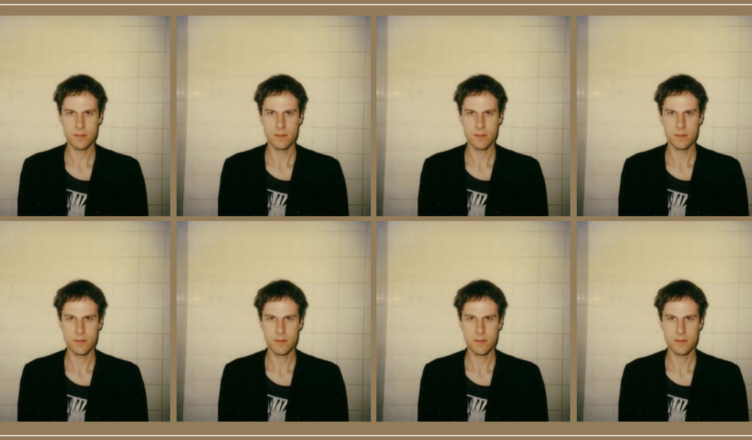 For many years, with the exception of Kathy Acker, the rich experimental prose of the underground writers of the 1980s and 1990s—such as David Wojnarowicz, Lynne Tillman, and Robert Glück—was largely invisible in the literary academy. While “autofiction” has become a buzzword for much-discussed work by Chris Kraus, Ben Lerner, and Maggie Nelson, the similar techniques used by the earlier group of writers were seldom given careful scrutiny at the time. All of that has changed in the past decade, particularly in the growing body of work on New Narrative. With Wrong, his critical biography of Dennis Cooper, Hester shows us both why this neglect occurred and why readers should attend to these writers. In Hester’s hands, Cooper emerges as a one-man microhistory of the queer American underground.

At the moment his poetry starts finding an audience, Cooper switches to prose; once people start reading his prose, Cooper starts a blog; once the blog runs out of energy, Cooper starts writing novels composed entirely of GIFs. Every stage was innovative. None of them secured Cooper a wide base of fans, lucrative contracts, or inclusion in syllabi. And Cooper’s many failures, breaks, and moves become themes of his work as well. Both Cooper’s characters and Cooper himself are in near-constant retreat from recognition. I gather, though, that this is partly because, like William Burroughs or John Giorno, Cooper seldom worries about money: we hear little about Cooper taking work that he hated (as did Gary Indiana and Tillman) or living in bad neighborhoods (as did almost all of the underground writers working in New York during the 1970s and 1980s).

For whatever context in which think you knew Cooper—as the guy whose blog Google canceled, as a poet entwined with the punk scene, as a writer of innovative fiction—Hester shows you that you were right to be interested in the first place and that your ideas about Cooper were more limited than you thought. In picking up Wrong, I knew Cooper from his George Miles cycle of the 1980s–1990s, novels that still stand as some of the era’s more interesting experimental fiction. Appropriately, Hester gives the cycle center stage, while showing readers that Cooper was working on the cycle’s themes long before Closer and long after Period. And Hester offers us new ways to think through the cycle: one of the major strengths of Wrong is how Hester draws Cooper out of the 1990s and into present-day critical concerns about form. Hester concludes that the cycle as a whole “draws the reader’s attention to the struggle between his adolescent protagonists […] and each novel’s system, to which they are obliged to relinquish control” (155). The cycle, in other words, becomes a sort of laboratory—or, to use Hester’s term, “diorama”—for Cooper’s political ideas (157). It’s a fascinating notion, and Hester develops it further when he identifies the cycle’s writing techniques as derived from the procedural methods of artists like John Cage or Jackson Mac Low (159–160). 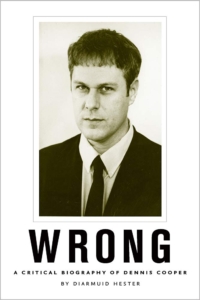 Each of Wrong’s thirteen chapters offers both a microcosm of an artist in development and a snapshot of a partly forgotten era. Chapter 5, for example, begins by describing a broken friendship between Cooper and the poet Tom Clark. As part of Little Caesar Press, which Cooper ran as an extension of Little Caesar magazine, Cooper had published Clark’s 1981 chapbook. But when the press ran out of money, and Cooper had to release his authors from their contracts, Clark became convinced that Cooper was lying to him. In retaliation, Clark included Cooper in a homophobic list of “AIDS Awards” that he published in the journal Rolling Stock. This occurred in 1983. The mind boggles, but it’s probably a good thing to remember that literary communities do not always take care of their own. It’s little wonder, then, Cooper’s work manifests a distrust of interpersonal relationships. In the rest of the chapter, Hester shows us how 1984’s Safe depicts the risks of encountering a world “propagated by others who are not merely an extension of ourselves” (90). These are anarchist ideas, which, beloved by Cooper, also serve as Wrong’s major theoretical frame.

Cooper pursued such themes from the beginning: Wrong takes its title from a John Baldessari photograph which Cooper saw as a sixteen-year-old at the Los Angeles County Museum of Art. Depicting a man in a typical California suburb, the focus and framing of the photo are, from a certain art-critical perspective, terrible. Hester imagines that Baldessari “looked at this image of the family and suburban bliss […] and pronounced it wrong: wrongheaded, exclusive, and sympathetic with the logic of consumer capitalism and the military-industrial complex” (4). But while Baldessari, at least for a time, was enamored of a countercultural critique of one-dimensional life fostering a kind of commune at the late 60s Cal Arts, Cooper adopts a more insurgent path. The brooding adolescent inside that house—who is someone like Cooper himself—will bring the wrongness beyond critique and into something new.

Cooper’s wide scope of work means that there’s something for every reader here. Readers interested in new media evolutions of the novel, for example, will find a rich resource in Hester’s account of Cooper’s HTML novels, which consist of columns of GIFs, which Hester describes as a manifestation of the “vernacular culture of the internet” (253). After giving readers a quick run-through of the GIF’s history, Hester shows us how these works resonate in histories of art (Joseph Cornell, Robert Rauschenberg) and literature (the cut-ups of Brion Gysin and Burroughs). Readers come to understand, then, the ways that Cooper deploys cutting-edge technologies within longer histories of 20th century experimentalism. Part of this is sad to read; one wonders what Wojnarowicz or Acker, who both died young, would have done with the expanded possibilities of the networked commons.

All this richness took a lot of work. Hester has tracked down seemingly every word that Cooper ever put to print, and contextualized every moment of Cooper’s development. In his chapter on Idols (1979), for example—Cooper’s first book of poetry to receive wide recognition—Hester first details the influence of Rimbaud and Sade on Cooper. That’s familiar enough: scholars have documented these influences on Acker as well. But Hester continues, linking Piaget’s theory of adolescence to Sade’s sense that “the individual is sundered from the world and from others, condemned to live in an emotional and spiritual solitude” (36). This is the very best spirit of the historical, cross-disciplinary approaches to postwar literature that have been activated in the last decade by organizations like ASAP and Post45. In each chapter, readers peer into a world that many of us have only half-glimpsed, comprised of the queer utopias that the late critics Jose Muñoz describes as “an insistence on potentiality or concrete possibility for another world.”1

I should add that Hester is an excellent literary critic. Wrong makes even the most experimental of Cooper’s works legible to readers, while situating these works within critical traditions that many readers will recognize. For example, using Michel Foucault’s notion of the disciplinary society as framework, Hester neatly summarizes 2011’s The Marbled Swan:

The strategies of encryption that structure the work indicate the importance of obscurity to its author: in its very form the novel explores alternatives to the ceaseless exposure (and concomitant subjugation) that marks the modern disciplinary society and how it regulates resistance. A counterpoint to the blog, whose autobiographical revelations allowed Cooper to conjure up an online community, sociability is also suggested in The Marbled Swan, but it’s the kind that works through ciphers rather than public confessions (232).

This is a rich set of ideas, and readers immediately grasp how The Marbled Swan works; the detailed account that follows fleshes out the novel’s interesting formal elements.

The only problem (if it’s a problem) with Wrong is that at times, Hester’s summaries of Cooper leave one wanting to know more; Wrong could have been 800 pages long. It’s unfortunate, for example, that the chapter on the George Miles cycle has to move somewhat rapidly through the five novels. That leaves room for Hester’s marvelous interpretation of the cycle as a whole, but for me, the cycle chapter could have constituted an entire monograph in itself. Similarly, I could have read twice as many pages on the HTML novels. What we lose in particular details, though, is compensated by the stunning scope of Wrong. Hester demonstrates the continued relevance of the one-author monograph: in the right hands, a single author becomes an encyclopedia.

Andrew Strombeck is Professor of English at Wright State University, the author of DIY on the Lower East Side: Books, Buildings, and Art after the 1975 Fiscal Crisis (SUNY Press, 2020), and the co-editor, with Jean-Thomas Tremblay, of Avant-Gardes in Crisis: Art and Politics in the Long 1970s (SUNY Press, 2021). His essays have appeared in journals such as Post45 Peer Reviewed, The Los Angeles Review of Books, Contemporary Literature, Modern Fiction Studies, African American Review, and Cultural Critique. Find him at https://andrewstrombeck.com/ or on Twitter at @astrombeck.