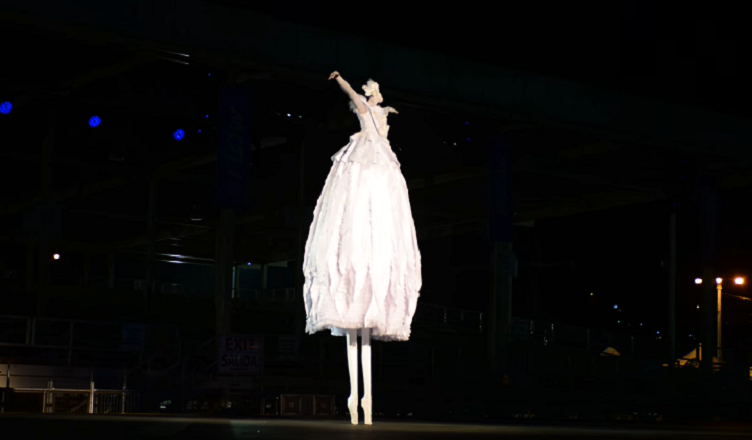 The book’s basic structure follows this pattern: an “interlude” followed by two chapters on one aspect of his “trinity” (Carnival, calypso, or activism). The first of the two trinitarian chapters gives a brief historical overview and the second focuses on a specific artist within that history. The interludes consists of selected entries from Gill’s field notes that often reveal the private inner life of the author. The notes range in topic from what he was doing on a particular day to lovers he met while doing fieldwork. The non-interlude chapters represent more traditional academic writing, in both content and form. This is not to suggest that the interlude chapters are superfluous; indeed, as I explain in more detail later, the interlude chapters remain important to the book’s conception and form. Similar to musical interludes, Gill’s interludes create space between different but related sections (often a chorus) and also work as transitions between them while still continuing with the overall theme of the work.

The book’s two sets of trinities, Carnival-calypso-HIV/AIDS activism (the artistic trinity) and political-sensual-spiritual (the Lordean), comprise the content and the form, respectively, of the book. In other words, the Lordean trinity is the hermeneutical method through which the artistic trinity is read. Throughout the book, then, Gill examines the political, sensual, and spiritual natures of Carnival, calypso, and activism. Moreover, like the trinities’ hyphenation suggests, these are co-constitutive modes and should not be regarded as completely separate entities. Thus, while Carnival comprises a distinct section of the book, Gill still weaves calypso music and HIV/AIDS activism into the fabric of the Carnival under consideration. 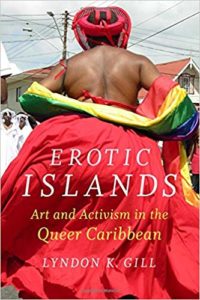 Chapter one maps the history of Carnival briefly, the history of Carnival in Trinidad and Tobago more specifically but still briefly, and introduces the artist who will be featured in chapter two, Peter Minshall. In this section, even the historical account that opens chapter one takes second place to exploring Minshall’s life and work. This was certainly by choice as Gill notes in the opening paragraph that his focus is going to be on the design and performance that goes into costume design for Carnival (31). Such a focus suggests that Gill is more interested in how Trinbagonians use Carnival as a space to creatively perform who they have been and who they could be (76). As Minshall sees it, Carnival is a space to enact the` ancient story of good and evil. This dialectic, though, is further exacerbated by the rapid commercialization of the festival resulting in bikinis, beads, and feathers. Therefore, against colloquial notions of “sexy,” Minshall considers the political to be sexy. Instead of deriving sexiness from flesh and nudity, Gill argues that Minshall finds sexiness in Lordean erotics: choosing an HIV-positive man to be the hero of his story in the increasingly socio-sexual festival; costuming his characters in tight denim jeans, for example, to accentuate their bodies and tension between flesh and clothing. In the sea of feather and beads his work stands out as a beacon of hope.

Chapters five and six take up the art of activism via a series of sex education workshops called “Chatrooms” that foster individual and community mobilization. Unlike the two previous sections, chapter five does not introduce the activists that will appear in chapter six. It instead charts the complex history of HIV/AIDS. Beginning with a general overview of HIV/AIDS, Gill adds greater and greater specificity by focusing on the Caribbean region as a whole before ending with a Trinbagonian-specific history. Gill then devotes a considerable portion of the remainder of the chapter to analyzing the relationship between gay men and HIV/AIDS. Of specific concern to Gill are the societal stigmas levied against queer men (men who might in the future or might have in the past, had sex with men) as the ones responsible for the transmission of HIV/AIDS because of the assumption that queer men are the ones who have anal sex. The absurdity of such stigmas is disproved by the simple fact that queer men are not the only ones who engage in anal sex. Moreover, Gill notes, the stigma is a result of doublespeak found in the statistics gathered by organizations like World Health Organization (WHO). The WHO, for instance, notes that MSM, men who have sex with men, have higher rates of HIV and other STIs and that there is not enough data on the MSM population or their partners (149).

It is worth adding a note here about positionality, the researcher, and the art of ethnography. One of the difficulties all ethnographers (will) face is how to place themselves in the text and in the context. That is to say, how does the ethnographer go about situating themselves vis-à-vis their teachers or friends (historically called “informants,” or “research subjects”) in their respective research locations. Each researcher will ask themselves this question differently, resulting in a wide range of answers, each unique to the researcher and their contexts. Ethnography is thus an unsettled science, often more like an art; it is not objective, universal, or transhistorical; it is subjective, partial, and momentary; it is the process of co-creation between friends and researchers. The era of objective-style anthropology is thankfully gone, and Gill represents this new era of anthropology wonderfully in Erotic Islands.

Gill, for his part, has taken a bold step in Erotic Islands by including excerpts (what he calls “interludes”) from his research notes, which ethnographers rarely share, even with their teacher-friends—let alone reproduce in the subsequent monograph. Every two chapters is an excerpt from his notes—what he calls a “queer travelogue”—and they vary from the quotidian to the very personal, from travelling with friends to lovers found and lost. By including his research notes, Gill positions himself as an object of study alongside his friends. His queer travelogue is an attempt to put himself on display and to assess his own methods in the same way he does his friend-teachers from Trinidad and Tobago. Brave and innovative, Gill must be commended for making himself vulnerable in this manner and for this new ethnographic artform.

Alejandro Stephano Escalante is a Ph.D. student at The University of North Carolina at Chapel Hill where he studies the intersections of race, gender, and sexuality in Loíza, Puerto Rico’s fiesta de Santiago Apóstol.