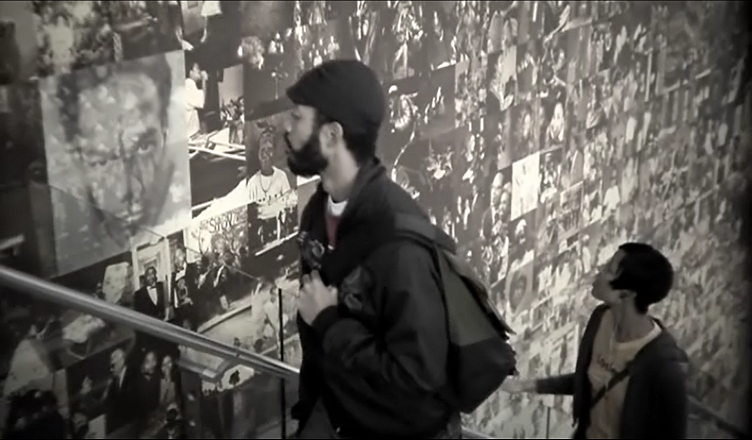 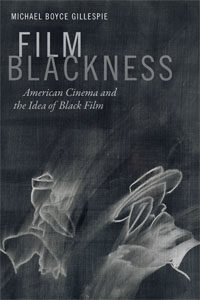 Michael Boyce Gillespie’s Film Blackness: American Cinema and the Idea of Black Film explores the development of black American cinema during the past four decades. Despite its chronological sequence, Gillespie’s study is far from linear or totalizing. As the title suggests, the book is predominantly about the idea of black film, and the interaction between the critical study and reception of black cinema and its aesthetic production and distribution. Within this framework, the book counters prescriptive approaches to black cinema that place the embodiment of an authentic black experience at their center, or read black films solely as treatises for redressing systemic injustice. Gillespie argues that such interpretive frameworks often occlude black filmmakers’ aesthetic and critical investments and presume an imagined social totality underlying black lifeworlds. In response, Film Blackness offers close readings of four films that engage cinema’s aesthetic capacity to creatively reflect and re-direct visual culture’s mutual constitution with racial signification. Gillespie calibrates a series of agile and fine-grained analyses that draw upon a breadth of disciplines and methods encompassing film historiography, critical geography, debates in black film theory, questions of genre and narratology, performativity, and the business of film distribution. His analysis is developed in conversation with a range of theorists and scholars—including Nicole Fleetwood, Manthia Diawara, James Naremore, and Tommy Lott—whose influence on his argument he carefully parses and diffracts, even as he diverges from their claims.

By reversing the predicate relation structuring the more widely-circulated category of “black film,” the idea of “film blackness” proposed by Gillespie refuses an essentialist paradigm in favor of a multiply articulated assemblage that “signals the interpretive and performative capacity of the art of blackness as an aesthetic, cultural, and political engineering of craft” (6). The term “film blackness” acquires multiple valences throughout the book; it alternately denotes an alertness to discourse, a reaccentuation of valuative norms, and a reading practice. These registers help Gillespie to track film blackness as it shifts between textual strategies and extratextual modes of active spectatorship. Film blackness’s multidimensional character affords it—and Gillespie—both analytic precision and critical leverage. As a wide-ranging rubric, it allows for a finer attunement to the dynamic tonal cadences, intertextual influences, and registers of ambivalence through which the selected films reflect and renegotiate the emergent process of blackness’s visual construction.

Proceeding chronologically, the study develops its polemic through discussions of Ralph Bakshi’s live-action/animation Coonskin (1975), Wendell B. Harris’s exploration of social performance Chameleon Street (1989), Bill Duke’s noir thriller Deep Cover (1992) and Barry Jenkins’s romantic drama Medicine for Melancholy (2008). Each case study appears deliberately and provocatively dissimilar to the next in order to frame black cinema as a dissemination of multiple investments and inclinations rather than as a linear narrative organized around constitutive attributes. Despite their conspicuous differences however, the films share an epistemological reflexivity on the visual, intertextual, and institutional systems that delimit and define expectations of what black cultural expression should be. In order to identify the strategies through which each film addresses and upturns these valuative economies, Gillespie offers four analytic rubrics: the racial grotesque, black performativity, noir modalities of blackness, and quiet becoming. Like film blackness, these individual lenses are not offered as predetermined categories describing fixed attributes. They are instead presented as heuristic devices intimating the complex aesthetic and theoretical discourses through which each film displaces pre-scripted understandings of blackness. Each film, that is, as well as Gillespie’s own critical strategy, operates as a ceaseless interrogation of its visual and discursive production.

The book’s second chapter on Wendell B. Harris Jr.’s Chameleon Street exemplifies the book’s recurring investment in questions of performativity as well as its attraction to films whose commercial failure, textual ambiguity, or critical exclusion haunts a totalizing or seamless conception of black cinema. Adapting the story of impersonator William Douglas Street, Harris’s film sees Street assume different guises not only for personal gain but also to stage a critique of normative belonging. Gillespie’s riveting analysis of the film is divided into two, mutually enriching parts that marks a shift in the chapter’s methodological orientation from close, textual reading to reception history (a shift that also reflects Street’s own process of self-transformation). Carefully attending to the film’s enactments of performance, Gillespie first analyzes how the film frames Street’s impersonations as a means to visualize and contest classed hierarchies of social presence. The film’s promiscuous movement across different modes of black embodiment, and its hailing of multiple intertextual allusions, he argues, evinces “an ambivalence toward an identity politics that would ultimately reinscribe race as a stasis of being” (54). The second half of the essay shifts its focus from questions of performance and visuality to an analysis of the film’s lackluster commercial run despite winning the Sundance Grand Jury Prize in 1990. Here, Gillespie weaves a meticulously researched reception history that persuasively connects the film’s critical dismissal and faint industry support to its refusal of predetermined expectations of what black cinema should be. Gillespie’s astute discussion of the film’s refusal to confirm a notion of black film as the stable embodiment of social reality thus establishes the critical stakes of Film Blackness’s intervention (to this date Chameleon Street is Harris’s only directorial credit).

This chapter’s skillful integration of exacting close readings with analyses of wide-ranging networks is tangibly felt across the book. In his discussion of Deep Cover, Gillespie directs our attention to the film’s remediation of film noir’s generic terms alongside discourses of blackness. In the film’s final shootout, the white partner lies dying in front of his black partner’s impassive presence. Extending his interest in corporeal signification, Gillespie reads this stillness as a refusal of the ideologies that underwrite the remarkably consistent denouements of films centering on interracial male coupling, such as The Defiant Ones (1958) and Lethal Weapon 2 (1989). These films reenact what Gillespie refers to as “an interracial pietà” (112), an idea he develops from Michael Rogin, in which a black man cradles his wounded white partner. This figuration becomes an emblem of racial tolerance that sublimates black masculinity into a form of nurturing attendance to heroicized white suffering. The alignment of formal correspondences makes a transversal connection between seemingly parallel film texts, propelling their ideological workings into visibility. While only one instance in Gillespie’s far-reaching analysis of the film, this kind of critical maneuver exemplifies how he consistently engages film historiography (or, less dispassionately, cinephilia) to open a discrete and closely-observed moment into broader critical discourses. Similarly, Gillespie substantiates his reading of Coonskin “as both a parodic and satirical critique of the affective economies of antiblack visual culture” (23) through a close attendance to its animation style, reading its strange movements and unruly capacity for transmutation as refusals of the toxic imaginaries stereotypes are asked to embody. At the same time, this phenomenal reading is bolstered through a systematic and far-ranging taxonomy of the sedimented historical realities and cultural projections that “the racial grotesque” in Bakshi’s film aggressively disavows. Given the widespread dissemination of the racial grotesque in contemporary art, which Gillespie addresses in the chapter’s footnotes, this conceptual rubric should be of particular interest to art historians working in this subfield.

Finally, the careful pacing of the book’s final chapter on Medicine for Melancholy rhythmically mirrors temporal cadences of its object of analysis, evoking how Gillespie thinks with, rather than just through, his archive. Jenkins’s film follows a black man and a black woman whose mutual attraction develops against the backdrop of a rapidly gentrifying San Francisco. Gillespie shows how place inflects the unfolding of their attraction while simultaneously parsing how their romance reframes questions of gentrification plotted by their movement through the city. This conceit is richly distilled in his discussion of the couple’s visit to the Museum of the African Diaspora. Rather than treat this space as a transparent signifier for issues of heritage and dislocation, Gillespie engages collateral discourses on museology, memorialization, and spatial sentience to foreground the hybrid temporalities, ideologies, and relations to capital encoded in the museum’s dialogue with the city. In doing so, he builds a wholly original argument about the film’s reattunement to cinematic place as neither “strictly extradiegetic, not idle backdrop, nor merely profilmic. This other possibility entails how the couple’s trajectory through the city encounters several cartographies of urban history. The city thickens the stakes of fantasy for these desiring subjects” (138). Such an extensive and discursive approach exemplifies Gillespie’s attendance to the diverse valences black cinema has taken outside mainstream recognition and makes room for those it has yet to assume. This expansive ethos informs Film Blackness’s enactment of the capacious yet exacting modes of recognition and response for which it advocates, orientations Gillespie grounds in the pleasures of black cinephilia, cultural politics, and interdisciplinary conversation. While Film Blackness is specifically pitched to existing conversations in film and media studies, the discursivity of blackness Gillespie articulates has far-ranging implications to black cultural production across media. This book thus offers a dynamic critical framework for scholars across disciplines invested in the material and conceptual terms through which institutional recognition and reception actively shape cultural production.

Iggy Cortez is a PhD Candidate in the History of Art at the University of Pennsylvania with a program emphasis in Cinema and Media Studies. He was the co-curator with Charlotte Ickes of the multisite exhibition Itinerant Belongings. He is currently completing his dissertation entitled "Night on Earth: The Nocturnal Sensorium in World Cinema" and working on an edited volume on affect through the lens of Isabelle Huppert with Ian Fleishman.