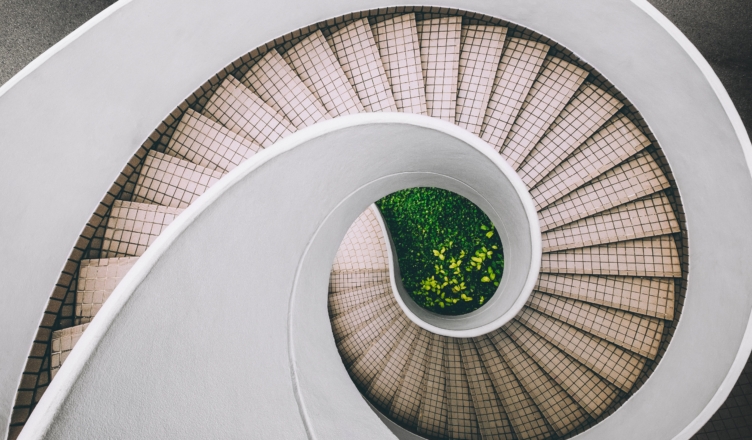 Photo by Dan Freeman on Unsplash

Indigenous Cosmolectics: Kab’awil and the Making of Maya and Zapotec Literatures, by Gloria Chacón. University of North Carolina Press, 2018.

Gloria Chacón’s Indigenous Cosmolectics: Kab’awil and the Making of Maya and Zapotec Literatures is part of the recently launched Critical Indigeneities series edited by J. Kēhaulani Kauanui (Kanaka Maoli) and Jean M. O’Brien (White Earth Ojibwe) and published by the University of North Carolina Press. This series foregrounds books critically structured around Indigeneity and Indigenous sovereignty as categories of analysis, providing a platform for innovative theorizations about Indigenous cultural production and expression.

Chacón’s monograph is an ambitious project. As a whole, it undertakes the decolonization of knowledge production in Mesoamerica. By focusing on the historiography and genealogy of Indigenous writing from central Mexico through Central America, it grounds the analysis of twentieth and twenty-first centuries’ Maya and Zapotec literary production in long-standing Indigenous cultural practices. A project of this magnitude is necessarily complex and multifaceted: on the one hand, it requires her to debunk colonial ideologies that traditionally render Indigenous writing all but non-existent; on the other, she calls for an expansion of mainstream conceptions of literature, as her work challenges Western conventions of narrative, genre, and literary value as a whole, pitting Indigenous cosmologies and epistemologies against Eurocentric understandings of the world and its possibilities. 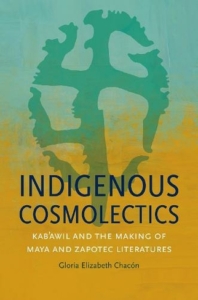 Importantly, Chacón’s book offers new critical tools to advance the efforts at decolonizing Mesoamerica’s Indigenous literatures: the notion of kab’awil, or a double gaze, and the development of what she calls Indigenous cosmolectics (mobilizing a dialectic restructured around Indigenous cosmologies) as a critical framework for literary and cultural analysis. If you thought this was not a tall order already, she also frames her analysis within intellectual debates about bilingualism, translation, Spanish as a lingua franca, market demands and the obstacles to publication in Indigenous languages, all while navigating the idiosyncrasies of Indigenous communities and divergent political projects of nation-building and Indigenous autonomy. Quite ambitious indeed.

In Chapter One, “Literacy and Power in Mesoamerica,” Chacón excavates colonial discourses about Indigenous peoples and their perceived intellectual (in)abilities that become naturalized as part of the Europeans’ colonizing project. The stakes here will be familiar to scholars of American Indian Studies, Postcolonialism, or Race Studies. For example, Chacón dismantles the characterization of pre-Columbian Maya and Zapotec peoples as savages who lacked “true writing” and relied on oral traditions, providing a counternarrative to the European self as superior and civilized and to the primacy of the written word. Chacón brings into relief the singlemindedness of European assumptions about writing and literature informing the colonial project, pointing to the colonists’ inability to understand the ideographic and phonetic writing systems, the combination of logographs and syllabic components in hieroglyphs and pictographic scripts, as writing systems more complex than the Latin alphabet. Instead, colonists equated the lack of a recognizable alphabet with the inability to record writing and history—an assumption debunked by the four Maya codices that escaped the colonial fires, for example. In addition, Chacón demonstrates how Mesoamerican Indigenous peoples quickly adopted alphabetic writing in post-contact texts as a form of historical preservation, making apparent their desire to continue a cultural tradition under attack by colonial rule. Overall, Chacón persuasively shatters the collection of binary oppositions that structure the broader savagism/ civilization divide at the core of the colonial project, a necessary step in opening up the possibilities of literary expression in a Mesoamerican context.

One of the tools Chacón employs to dismantle these larger narratives that support a linear development from orality to written culture is the concept of kab’awil. At first glance, kab’awil can be understood as an awareness, a double gaze that dissolves the contradictions of embodying past and present temporalities at the same time. The book presents kab’awil as an indigenous theoretical concept that can be traced to a classical period and that helps us theorize twenty-first century literature by presenting a foundational cosmolectics—a way of understanding the link between multiple dimensions that put into conversation the cosmos, spiritual practices, politics, gender, aesthetics, philosophy, and social experience. In this sense, kab’awil can be understood as well as a decolonizing move toward the advancement of Indigenous autonomy, reclaiming it from the clutches of assimilationist nation-state projects that would “nationalize” Indigenous peoples into a homogeneous fiction of national mestizo identity. As Chacón’s analysis continues, however, we understand kab’awil to be more than a double gaze: it becomes an in-between nexus that makes possible multiple negotiations between various linguistic and cultural codes that challenge binary logic and the Cartesian mind/ body split. Thus, kab’awil stands at the center of what Chacón terms an Indigenous cosmolectics, a way of engaging Indigenous cultural productions that brings together ancient scripts, glyphs, performances, memory, and narrative as constitutive pieces of contemporary Indigenous literature. Such Indigenous cosmolectics reorients our understanding of the possibilities of literature outside the matrix of coloniality, especially by highlighting the multiple layers of Indigenous orality once it is liberated from the writing-centric mold that casts it as “folklore” and therefore not suitable to European notions of the literary. After all, as Chacón points out, some stories require a very long time to tell them—being on par with the construction of novels. Orality, then, is not the antithesis of writing; rather, it is a cultural practice that is embedded in twenty-first century writing, a “cultural referent [that] provides an alternative genealogy to the idea of knowledge/ power seen through a European lens” (43–44).

By claiming an intellectual legacy that has been erased systematically in Latin America, Chacón’s literary analysis shows the extent to which literature is the site of ideological struggle; the field where battles over representation, erasure, and authenticity continue to be fought, as she addresses in Chapter Two, “The Formation of the Contemporary Mesoamerican Author.” Here, she makes the case for contemporary Indigenous writers using literary artifacts to re-create a contemporary iteration of traditional storytelling practices, disrupting the binary manacles of oral vs. written expression, pre-modern vs. modern, and tradition vs. innovation. The kab’awilan move that reorients our understanding of literary expression claims agency for both Indigenous authors and subjects as well. In Chapters Three, Four, and Five, Chacón respectively analyzes Indigenous women’s poems, plays, and novels, connecting them through their attention to questions of gender and autonomy. She introduces us to the work of writers little known outside of Latin American studies such as Jorge Cocom Pech, Marisol Ceh Moo, Javier Castellanos Martínez, Irma Pineda Santiago, or Natalia Toledo Paz among others. In the poetry chapter, she examines how Maya women question in their poems the gendered structures of power that constitute their cultural and political presents. At the same time, Chacón analyzes how they conceptualize women’s bodies as territories shaped by social and political forces, grounded in history and the colonial experience rather than in biology—conditions they seek to disrupt through the invocation of taboos such as eroticism and the transgression of social expectations. Such transgression of social norms is most evident in Chacón’s discussion of the two women theater companies, from the challenges of their creation to their incipient success at a national and even international stage. These companies offer a platform to address the oppressive conditions Maya women experience at a local and national level, reclaiming the agency of Indigenous women and taking charge of their own representation. Likewise, the chapter on the Zapotec and Maya novel highlights how the genre has become a tool to fight against the assimilationist drive powering the educational system towards a universalist discourse that negates Indigenous autonomy. Throughout the chapters organized around literary analysis, Chacón weaves her thematic explorations with questions of language, bilingualism, and the critique of authenticity, sketching the intersection of many challenges in the emergence of an Indigenous twenty-first century literary production that carves space for its existence.

Chacón’s work offers pathbreaking analyses of Maya and Zapotec literatures in the contemporary moment, grounding them on a long history of intellectual engagement in Mesoamerica and mapping out a fascinating literary field for a US audience. Her work demonstrates the power of decentering Western epistemologies that inflict violence on Indigenous contexts. By lifting the claustrophobic matrix of the colonial project in Mesoamerica, Indigenous Cosmolectics opens up a myriad of possibilities, clearing the way for important conversations in comparative Indigeneity studies and for the analysis of literature writ large.

Isabel Quintana Wulf is an assistant professor of English at Salisbury University, Maryland, where she teaches Latina/o/x, Native American, and Multiethnic US literatures, as well as critical theory.