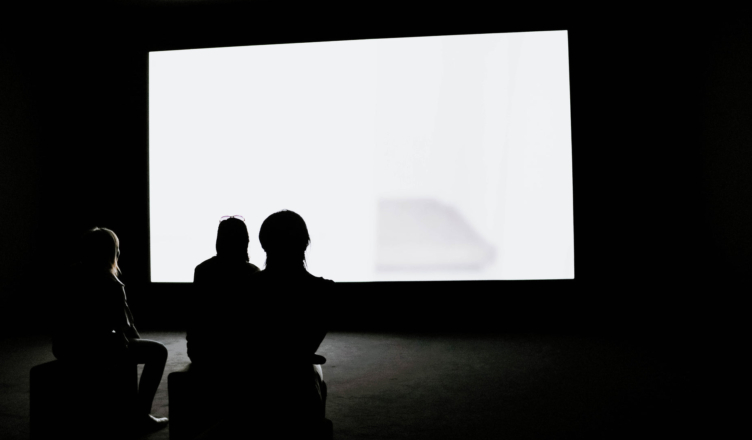 Ilana Dann Luna’s ambitious Adapting Gender: Mexican Feminisms from Literature to Film (2018), in tandem with romance studies, gender studies, postcolonialism and film studies, proposes a new rubric for analyzing film adaption as a “feminist strategy” that can “destabiliz[e] the stagnated national imaginary with respect to gender” (3). In line with current film adaptation criticism including Mireia Aragay’s Books in Motion (2005), Linda Hutcheon’s A Theory of Adaptation (2006), and Thomas Leitch’s Film Adaptation and Its Discontents (2007), Luna rejects status quo interpretations of film adaption as verisimilitude to sacrosanct literary sources and, instead, offers nuanced and attentive close readings that deconstruct the relationship between storytelling and national mythmaking. The book moves beyond rehearsed scholarly assessments of victimization by recentering subaltern agents as powerful actors in shaping nation formation through an under-the-radar radicalization that converts traditional systems, like academia or the film industry, into tools for feminist (and queer) worldmaking.

The first chapter, “Mexican Feminisms from Literature to Film,” embarks on an impressive historical genealogy of contested, national narratives of belonging and exclusion. Luna reminds the reader that “the idea of performing a gendered national self is not new” but embedded in everyday cultural forms of storytelling like literature and film that perform, experiment with, and reinforce the national boundaries of inclusion and exclusion for a national audience (11). She asks, “who and what is being represented and reified and who and what is being reduced, repressed, ignored, erased, glossed over, or mythologized?” (12), citing examples like the Virgin of Guadalupe and La Malinche as originary myths that “define woman and her alleged instability and unreliability as the origin of national identity” (13). As such, her genealogy includes examples of postrevolutionary film like cabarets and melodramas dedicated to forgetting women’s contributions to the nation and resignifying them in subordinate roles like sex workers, wives, and mothers. In contrast, what follows in Luna’s book is a genealogy of “acts of subversion” which “palimpsestuously perform resistance to national gender proscriptions” (41), beginning with pioneer feminist film contributions in the early 1970s to paradigm-shifting film contributions by women directors during the 1980s and ‘90s that rewrite and overlap national myths with feminist and queer discourse inspired by Mexican women’s and gay liberation movements.

In the second chapter, “Rebellious Daughters in El secreto de Romelia,” Luna argues that even as Busi Cortés’s film adaptation of Rosario Castellano’s novel El viudo Román was a financial failure, it succeeded in transforming Rosario Castellano’s “feminism of denouncement” (57)— the woman character’s testimony and condemnation of the hypocrisy of Mexican machismo and its conflation of chivalry and honor with the physical abuse of women—into a “dialectic, multivocal female vision of the nation” that interrupts and reimagines national narratives of inclusion and exclusion (59). Her evidence—including point of view (woman subjecthood), camera work (reverse close-up shots), optics (mirror and reflection), and narrative (flashbacks with dialogue)—reveals Cortés’s adaptation as a visual and aural layering of women’s collective knowledge. This palimpsest contradicts the power hierarchies that eliminate and erase the personal (anecdotal, embodied experience) in the political (official history).

The third chapter, “Revolutionary Variations Entre (Pancho) Villa y una mujer desnuda,” similar to the first, seeks to “debunk master narratives,” in this case the role of men in national histories of citizenship. She analogizes Isabelle Tardán’s film adaptation Entre Pancho Villa y una mujer desnuda as “a Trojan horse” that manipulates film’s wide “commercial appeal” to project “subversive message[s]” from the play to “penetrate national and international boundaries in the guise of something packaged and sold just as the opposite” (82). She argues that the overall effect is a “deauthorize[ation] of History” as male-centered and “subjective, rather than objective” (85).  She interprets the film’s parody of iconic genres in Mexican cinema like romance and melodrama as a “deformed reiteration” (97) or a type of “meta-cinema” (110) that draws attention to itself as a failed spectacle of national performance of history, memory, and gender. The protagonist Adrián, for example, fails to perform stereotyped versions of masculinity, and thus of mexicanidad. This is exemplified by the spectral image of Pancho Villa in the film, who has symbolic weight both as a figure of a machista national imaginary as well as neoliberal Hollywood tropes for a constructed mexicanidad.

The fourth chapter, “Wedding the ‘Other’ in Novia que te vea,” explores how Guita Schfyter’s film adaption of Rosa Nissán novel Novia que te vea intersectionally centers the “doubly subaltern status” of Jewish Mexican women (122). This chapter is, however, the book’s weakest. While Luna begins to develop a feminist reading of the film for its representations of parents as “advocates for their daughter rather than agents of repression” and women as “agen[ts] [with] free will” (153), the chapter is ultimately only loosely connected to the book’s themes, losing sight of her critique of patriarchy. Despite its forthcomings, the chapter’s conclusions provide generative challenges to cultural homogeneity and national mythmaking, especially in postulating a “performance of otherness” or resistance that centers difference as a means of solidarity-building (136). Consequently, this chapter would be more productive in a different project or with a different primary text that inspires more cogent and cohesive forms of intersectional feminist critique across mediums.

Overall, Ilana Dann Luna’s Adapting Gender: Mexican Feminisms from Literature to Film succeeds in making significant contributions to film studies, postcolonial studies, gender studies, and romance studies. As a piece of literary and film criticism, it offers impressive, expansive, and nuanced comparative readings between two separate but interconnected mediums alongside historical, cultural, sociopolitical, and economic contexts, especially across Mexico and the United States. Its contributions to the study of film adaptation, not only as a conversation between two mediums (literature and film) but as a unique tool for queer and feminist worldmaking, will certainly inspire scholars to consider under-the-radar forms of resistance performed by subaltern subjects. This nuanced counterpoint has potential for radicalizing the way we understand disidentification within and against dominant trends in academia.

Anthony Gottlich is a 3rd year PhD student in English at University of Mississippi. He is also pursuing graduate certificates in Gender Studies and Spanish. His research interests include 20th century multiethnic literature, Southern literature, Latinx literature, global south studies, and hemispheric studies. He asks questions about globalization and geopolitics, especially as they affect land, migration, and space within the Global South.