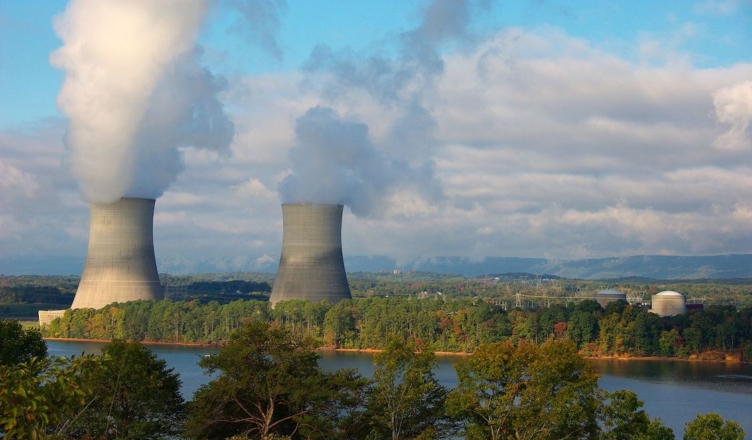 In asking these questions, Infrastructures of Apocalypse joins a growing group of scholars interrogating the effects of infrastructure on communities and literature. Recent books outside of literary studies, like Nick Estes’s Our History is the Future (2019) and Kathryn Yusoff’s A Billion Black Anthropocenes or None (2018) illustrate how infrastructure has long been used as a method of colonization that privileges white relationships built at the expense of black and indigenous people, women, and other historically dispossessed groups. Both write about settler-colonialism’s premise of resource extraction across space predicated on the erasure of black and indigenous people. Within literary studies, an increased attention to infrastructure and renewed attention to form are conducting similar studies. Anna Kornbluh’s The Order of Things (2019) proposed that literary scholars have for too long emphasized the destruction of structures and challenged contemporary scholars to build. Towards this end, Kornbluh (along with other critics like Caroline Levine and Michael Rubenstein, who use the term “infrastructuralism”) look to forms—structural and infrastructural—to diagnose the causes of contemporary social ills and to look towards the possibility of positive social construction. Infrastructures of Apocalypse sits within this conversation, looking to post-45 American texts by Ayn Rand, James Baldwin, Samuel Delany, Tony Kushner, Leslie Marmon Silko, David Foster Wallace, and Ruth Ozeki to establish how access to the future provided by nuclear infrastructure is unevenly distributed along racial lines and to illustrate the productive possibility of literature in providing a space for such writers to mobilize literary forms in response to that foreclosure. 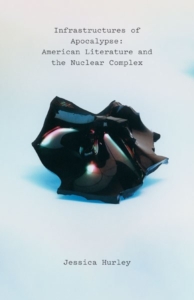 Hurley begins her book surveying literary analysis of nuclear infrastructure. She identifies two strains of nuclear criticism in the humanities: an over-determination of the nuclear as textual as led by Derrida’s contributions, or as a contemporary iteration of the sublime as was pioneered by Frances Ferguson. The trouble with seeing atomic weaponry as textual or as the sublime, Hurley argues, is that these frameworks ignore the material reality of the nuclear complex in favor of the referent of the atomic bomb. In opposition to this, Hurley offers a third way of viewing nuclear literature: the nuclear mundane, which “approaches the nuclear age with an eye for its material realities, focusing on the environmental, infrastructural, bodily, and social impacts of nuclear technologies and the politics that prioritize them” (9). By establishing this third framework, Hurley adds an infrastructural element heavily influenced by both Kornbluh, Levine, and Lauren Berlant. If nuclear infrastructures “are envirotechno-social systems that keep disparate elements in mobile relation to each other” (11) then narrative forms “are themselves infrastructural forces that determine the movement of sources” (13).

Nuclear infrastructure and the proliferation of the nuclear complex has spelled daily disaster for marginalized communities in the United States: black, indigenous, and gay communities have all suffered for the extension of white sovereignty through the nuclear complex. The first section of each of Infrastructures of Apocalypse’s four chapters illustrates the historical and social implications of the nuclear complex for a specific demographic of United States citizen. This is where the monograph’s title comes into play: nuclear infrastructure is predicated on the total destruction of the earth at the cost of sustaining white sovereignty slightly longer. Of course, this means that communities around nuclear testing sites, or land that was taken to establish nuclear infrastructure, or whose identities are seen as a threat to that nuclear project are faced with the apocalypse first. Tangible nuclear apocalypse is the foreclosure of futurity for groups immediately affected by the creation nuclear complex. This form of apocalypse, Hurley argues, can be seen through the negative effects of nuclear infrastructure as well as the structural conceits of futurity in post-45 United States novels. Hurley’s book proceeds chronologically from the initial establishment of the contingency between nuclear transformation and “yellow peril” to the optimism quantum mechanics provides about the ongoingness of nuclear entanglement.

In her most incisive chapter, “Civil Defense and the Black Apocalypse,” Hurley illustrates the exclusionary logic of the nuclear complex alongside readings of James Baldwin’s Tell Me How Long the Train’s Been Gone (1968) and Samuel Delany’s Dhalgren (1974). Carefully setting up the logic of civil defense, which saw the twin movements of suburbanization and ghettoization as the result of fear of being targeted in a nuclear attack, Hurley illustrates how segregation and redlining “demonstrate[s] the immense power of race as a virtual infrastructure that determines the disposition of more material infrastructures as well as the power of those infrastructures to privilege some outcomes over others, materially impacting the kinds of emplotments that those spaces can foster” (89). Here the power of Hurley’s argument is more explicitly stated: the fear of nuclear attacks on cities led to white flight to the suburbs—suburbanization—which enacted a kind of civil defense plan. Redlining of the suburbs would concentrate black populations in the cities in a way that would “provide an imaginary yet impactful solution to the racial crisis that was challenging America’s strategically vital moral exemplarity” (90). This is the atomic age’s iteration of a long line of policy and infrastructural enactment that has forced black populations in the United States to face the futurelessness of an apocalyptic event. Hurley then contrasts this infrastructural futurelessness with the novels of Baldwin and Delany, which she reads as taking up a “futureless narrative form” that emphasizes the present. By locating their novels in the present, Delany and Baldwin resist an apocalyptic fate and represent “a present consonant with neither beginning nor ending but resonant with both, formed by and resistant to apocalypse” that undermines white narratives.

Hurley’s other chapters work in a similar way. In her first chapter, Hurley examines how nuclear proliferation was spurred on by the racist conflation of totalitarianism with Asian governments before reading Ayn Rand’s objectivist manifesto Atlas Shrugged (1957) to illustrate how the American mythos of individualism infrastructured white supremacy into the nation. Her third chapter looks at the nostalgia of the 80s for its idealized 1950s as bound with the Strategic Defense Initiative, or Star Wars, which Hurley uses to describe how “the militarization of history in the Reagan Era produced historiography as a primary battleground for American cultural politics” (138). This is contrasted with Tony Kushner’s Angels in America (1991), which uses a queer chronopolitics to make “domains of imperceptibility” of homophobic violence visible. The final chapter of Infrastructures of Apocalypse examines how the Waste Isolation Pilot Plant pioneered a governmental acceptance of realist narratives as causal evidence for nuclear waste disposal before arguing that David Foster Wallace’s Infinite Jest (1996) and Leslie Marmon Silko’s Almanac of the Dead (1991) use a similar speculative realism to illustrate the nuclear state’s reliance on colonial logics like “risk theory” and to propose alternatives to “those logics in a nuclear age that, environmentally, if not infrastructurally, we can never and will never escape” (202).

After diagnosing the nuclear complex’s foreclosure of futurity, Hurley argues for futurelessness as a space of productive possibility—a space for narratives to structure the material world to come. This is most clear in her coda, which struggles with the quantum elements of nuclear physics. Looking to Atoms for Peace, which “is the worst kind of apocalyptic temporality: one that produces redemption for the inflictor of injury without any kind of justice for the injured,” Hurley explores how Ruth Ozeki’s A Tale for the Time Being (2013) illustrates the redemptive possibilities of quantum entanglement. The novel’s lack of narrative finality illustrates the fact that “the event is not yet over as long as we remain entangled with it and attentive to it” (218). For Hurley, this illuminates our current world as infrastructured towards apocalypse and suggests that it appears that way only at the moment; we always have the chance to act now.

In this way, Infrastructures of Apocalypse illustrates how the growing literary interest in the possibilities of infrastructure studies and formalism can look to and learn from historical and sociological studies about the injuries done to marginalized groups through the colonialism and exclusionary practices of infrastructural development. By showing how narrative structures precede material ones, and by illustrating how gay, black, and indigenous authors have created counternarratives to the white supremacist, heteronormative ones that have structured the nuclear complex in the United States, Hurley suggests those narratives of apocalypse could make way for alternative material infrastructures to form a more equitable world.

Steven Watts is a lecturer at the University of Wisconsin-Madison. He recently received a Ph.D. in English from the University of Missouri. His research explores how the social infrastructure of 21st century protest movements is represented in the structure of contemporary Anglophone novels.