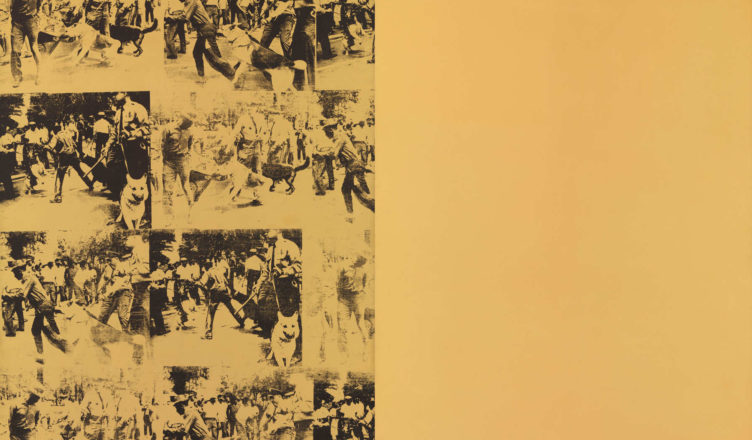 Jonathan Flatley, Like Andy Warhol. Chicago and London: The University of Chicago Press, 2017.

Jonathan Flatley begins his book Like Andy Warhol by recounting two classic Warhol phrases: “I like everything” and “I like everybody.” Across four chapters that examine different facets of Warhol’s practice—his extensive collecting, his desire to be a machine, his interest in boredom, and his paintings that meditate on race—Flatley takes seriously Warhol’s mission to like everything and everybody. In doing so, the author provides a monograph that it is not simply another study of the artist, but a breakthrough for theories of queerness and affect. For Flatley and Warhol, liking serves as a condition of possibility for living a life that is open to being affected in a world that actively discredits affect.

Like Andy Warhol quickly reminds us that liking is “less a discrete emotion than an elemental attraction, the most basic positive feeling one can have, a readiness to pay attention to something and be affected by it” (4). The basic ordinariness of this feeling holds critical potential for Flatley because “it is also an implicit affirmation of something’s existence” (4). To like something is not necessarily to affirm it as good or bad, but simply to confirm its ability to affect one (positively or negatively). Warhol’s artistry was an effort to increase everyone’s potential for liking (or, as Flatley notes, get in the “mood” for liking), which results in widespread potential for the production of affirmation and affect. Thus, to like everything is to live in a state of multitude and accumulation—a position that is diametrically opposed to dominant models of subject formation in which we either identify with or desire what we would like to be. Warhol’s liking does not produce “mimetic rivalries over objects that one either has or lacks,” but instead offers a combination of “attraction and imitation” (10). This results in a non-hierarchical being-in-the-world, one that holds queer potential because it is both “antiassimilationist and antiseparatist” in its refusal “to affirm an identity” (7). Within Warhol’s model of liking, binaries are impossible because everyone can like everything. Among this multitude are, of course, Warhol’s artworks. As we encounter these art objects, they welcome us to like them regardless of whether their material is playful (such as the colorful grid that composes Ethel Scull 26 Times) or grisly (the Death and Disasters series).

The first chapter offers the most practical example of liking: the act of forming collections. From useful to useless objects, Warhol collected anything he liked (which, following his logic, means everything). Liking itself results in collections of liked things that form a “commonality shared by all the objects in the collection, constantly changed by the relations of resemblance they participate in” (58). There is no hierarchical relationship between objects in a collection because each one has its place in relation to the rest. A collection allows us to identify and appreciate similarities between things, even when those similarities are not immediately clear. While Warhol’s aesthetic collections may be most easily observed in his serial portraits of commodity goods and celebrities, Flatley makes a convincing case for extending this to Warhol’s everyday collecting. From taking photographs to taping on his Norelco recorder, Warhol collected the quotidian, which included the quotidian of same-sex attraction. In hopes of making a “cock book,” the artist asked men that moved through his circle if he could draw their genitals. His requests were a resounding success: Warhol collected many drawn and photographed cocks. According to Flatley, their associative relationship in the collection established “the conditions of possibility for Warhol to like cock” and for the men he captured to be “momentarily freed from the requirements of everyday, ‘straight’ identity” (75). In other words, this collection allows Warhol to affirm his sexual attraction to men while they get to enjoy the pleasure of becoming a work of art. Rather than reinforce the difference between homo/hetero desires, Warhol’s cock book has something for everyone involved. 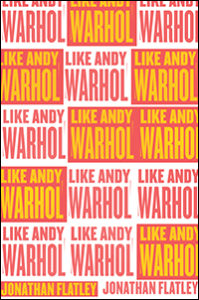 In each chapter that follows, Flatley’s examples of liking become more varied and complex. From a chapter that utilizes systems theory to compare the machine-like work of Warhol and Sol Lewitt to a comparison between Donald Judd’s pristine sculptures and Warhol’s grainy films, Flatley historicizes liking as a phenomenon that holds specific weight during the 1960s. It is appropriate that the book’s most important political intervention is also its longest and most challenging. Titled “Skin Problems,” Flatley discusses how Warhol’s production of liking and likenesses can serve as reflections on racial difference. Flatley uses several series from the early 1960s to demonstrate this, including the unsettling Race Riot paintings. In these large works, the artist silkscreens images from a 1963 Life magazine spread that depicts white police officers unleashing dogs on an unarmed black man. While Hal Foster has read the Race Riots’ serial repetition of shocking images as a kind of “traumatic realism,” Flatley attends carefully to the nuances of the paintings’ formal compositions.1 In his analysis of Pink Race Riot (Red Race Riot) (1963) and Mustard Race Riot (1963), Flatley argues that Warhol’s silkscreen technique allows him to demonstrate the racist color line within American society by “giving a face to racism” (193). Given that these works are composed of only two colors (black and a background color), Warhol is able to accentuate the fact of white supremacy and emphasize the way that violence defaces its victims. When we observe the Race Riots, it is impossible to make out the features of the black man’s face. However, the features of the police officers and dogs are highly visible, even startlingly so as a German shepherd stares directly at the viewer. Given the disproportionate levels of detail in these works, viewers are forced to confront the discrepancies which are inherent to printing mediums (205). The author suggests that our disorientation allows us to form new perspectives on race, including an awareness of how white supremacy profits from the myth of its own invisibility. By giving a face to racism and not giving a face to its victims for viewers to consume, Warhol highlights an issue that continues to permeate our present moment.

Although Flatley’s formal analysis of the Race Riots is strong in its own right, we must recall that all of Warhol’s works are an invitation to like them. If that’s the case, viewers of these paintings are being asked to like images of violent, antiblack racism. While this should immediately unsettle us, it is important to remember that Flatley’s theory of liking refers not to a moralizing scale but to the sheer potential to affirm and be affected. While this is surely optimistic in most cases, to like the Race Riots would then be to affirm the historical existence of white supremacy and racist violence. And once viewers are confronted with and affirm this historical imagery, they can be affected by it and seek to rebuke the horror on display. Or so Flatley hopes. “Skin Problems” is an important contribution to the sparse literature that examines race in Warhol, but the proposition of “liking” these disturbing works remains hard to swallow. It is clear what Flatley means by liking them, but only after reading the preceding three chapters and introduction. Perhaps that is necessary; we all think we know what liking is, but this book asks us to take time to relearn that basic action. It builds upon Warhol’s practice of drawing our attention to what goes unnoticed in our everyday lives. In that sense, Like Andy Warhol is like one of the artist’s silkscreen paintings: a collection of snapshots that might seem banal on the surface but proves rich with hermeneutic possibilities. The result is illuminating scholarship that reinforces Jonathan Flatley’s position as an innovator within art history, queer theory, and affect theory. Give it a chance—there’s a lot to like.