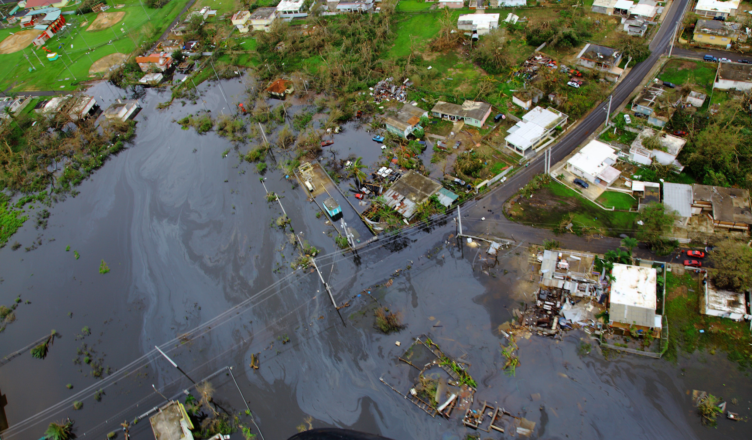 The field of border studies often assumes the paradigm of a land-based border, which is often further distilled into the singular case of the Mexico-United States border. Scholarly dispatches that ensue from these framings forged a field that theorizes liminality, indeterminacy, and hybridity while profoundly reconfiguring discourses of nation, race, and gender. And yet, the mark of any critical framework is its ability to travel to different contexts while continuing to provoke meaningful insights, an enterprise that would seem particularly urgent for a field as attentive to movement and crossings as border studies. Due to the seismic impact of scholars like Gloria Anzaldúa over the past three decades, scholars have set about adapting border studies for contexts beyond the terrestrial, national border.1 Marisel C. Moreno joins this chorus of scholars in Crossing Waters: Undocumented Migration in the Hispanophone Caribbean and Latinx Literature & Art. For Moreno, borders are often spaces of exception, not all of which coincide with a land-based boundary.

Crossing Waters, out from University of Texas’s “Latinx: The Future Is Now” Series, is the first book-length study on cultural production surrounding undocumented intra-Caribbean migration in the Hispanophone Caribbean. Here, “undocumented” describes those migrations undertaken without authorization, which Moreno also describes as forced; “intra-Caribbean” hones in on movements within, as opposed to away from, the region; and “Hispanophone” further narrows Moreno’s scope to Puerto Rico, Cuba, and the Dominican Republic, although she also considers Haiti. The literary and visual works considered largely pertain to the late 20th and early 21st centuries, a period that has witnessed successive waves of mass migration in the region. In successive close readings of these works, Moreno bridges border, island, and archipelago studies to explore how water works as dual “border and bridge” (4) and as an ambivalent agent in the salvation and foreclosure of human life.

Chapter 1 addresses the field of border studies to theorize primarily seaborne Caribbean crossings, while at the same time insinuating these within the unfinished legacy of the Middle Passage by using Michelle Wright’s concept of epiphenomenal time. Chapter 2 hones in on literary representations of the Mona Passage, a treacherous stretch in the pathway of migrants, often Dominicans and Haitians, en route to Puerto Rico. In this chapter, Moreno underlines how Puerto Rico’s relationship with the United States, conceived under the euphemistic sign of a “commonwealth,” has often made the island an attractive destination for Caribbean migrants seeking social mobility. Chapter 3 focuses on the Dominican Republic and examines both the gendered violence of sea crossings and antihaitianismo, or discrimination against Haitians in the Dominican Republic. The most historically specific chapter is also the last, which focuses on the Cuban balsero, or rafter, crisis of the mid-1990s and includes the most robust visual corpus on the crisis to date. Here, however, Moreno challenges narratives of Cuban exceptionalism by situating these works within a regional, as opposed to national, framework.

Heterogeneity has often been a daunting concern for theorists of the region, and Moreno seamlessly accommodates the Caribbean’s unruly multiplicities—of national contexts, identities, and migration pathways—without sacrificing nuance and specificity. A subtle rejoinder to dug-in telos of real and imagined South-North migration pathways, Moreno avoids prescriptivism in her mapping of migratory trajectories. Instead, she accommodates an open-ended string of dynamic, peripatetic trajectories that cross between and among Puerto Rico, Cuba, the Dominican Republic, and Haiti, all of which may be either temporary or permanent. Her capacious framing allows Crossing Waters to proceed assuredly through the folds of successive Caribbean geopolitical contexts—from the erosion of birthright citizenship in the Dominican Republic to shifting U.S. policy toward Cuban refugees—while maintaining a remarkably coherent arc. After demanding that contemporary migrations be seen as part of longer histories of slavery and empire, Moreno goes on to argue that necroviolence is exported to nature, that this violence has gendered and racial dimensions, and that narratives of national exceptionalism need to be challenged through a regional approach. All the while, the book remains anchored in Moreno’s commitment to the project of recognition of undocumented intra-Caribbean migration as a means to recuperate a measure of dignity for migrants who often go unacknowledged.

In addition to her principal interest in adapting border studies for the Caribbean, a number of Moreno’s contributions are more subtle. For instance, her focus on intra-Caribbean migration complicates the South-North trajectory that indelibly frames many migrant narratives. Her inclusion of work both in the Caribbean and its diasporas, moreover, bridges essentialist disciplinary distinctions between Latinx and regional studies. Moreno’s most enduring contribution, though, is her sustained dedication to foregrounding race within the study of migration. Moreno makes clear from the outset that unauthorized migration largely impacts Afro-descendant people across the Caribbean. Some of her case studies additionally address these themes directly, as in her analysis of  the anti-Black foundations of antihaitianismo. At other times, Moreno pulls back from a national framework to offer moments of stunning clarity around the entanglements of race, empire, and migration. Moreno’s regional approach, which builds on work by Jorge Duany, demonstrates how the coordinates of a racial hierarchy are sublimated within a (neo)colonial schema. In this way, for islands like Puerto Rico and Cuba, where political intimacy and enmity with the United States have manifested themselves as privileged migration status, Blackness may be obscured as migrants gain proximity to the U.S. In these cases, the erasure of Blackness—or, put otherwise, the prevalence of white supremacy—takes place alongside an increasing coefficient of imperial intimacy. Moreno’s insights benefit from her regional approach, which allows for these processes to reflect and refract across the Caribbean’s different national contexts.

Moreno’s framing of migration as a process that often lacks a defined end resonates with the ongoingness of border studies writ large and Caribbean border and migration studies in particular. Thus, to fully engage Crossing Waters might mean staying with some of the questions it provokes. Moreno is anchored in the political horizon of recognition for undocumented migration. Part of this enterprise necessarily includes the naming of successive violences migrants endure. At the same time, however, the relay of dehydration, rape, drowning, and death may work to normalize those processes and reproduce that same violence on a symbolic level. As undocumented Caribbean migration continues to come into view, how might we practice a recognition that contests these violences in the very act of naming them? Second, how can we better pursue the project of decolonization from within inherited (and often disciplinarily imposed) national and linguistic frameworks? Echoing Yomaira Figueroa-Vásquez, Moreno suggests that the undisciplined movements of migrants “challenge the vision of islanders as ‘contained’ and ‘isolated’” and thus “engage in the symbolic decolonizing of the region” (19). She also, crucially, considers Haiti within a linguistic region that would categorically preclude it, even as there remains a latent coloniality implicit in the region designated by “the Hispanophone Caribbean.” Finally, how do we pursue the study of Caribbean migration when its dynamics seem to be perpetually in flux?

In the conclusion, Moreno alludes to how a string of crises in Puerto Rico have challenged its enduring appeal as a destination for Caribbean migrants. Elsewhere, the months surrounding the book’s publication have seen an increase in Cubans arriving at the U.S. southern border, thus foregoing altogether the boats with which Cuban outmigration has been indelibly associated for decades. But amidst all this flux, it is worth remembering that last fall, yet another hurricane plunged multiple islands into days of blackout and headlines have documented continued perilous migration to Mona Island. Given these dynamics, scholars of migration would do well to follow Moreno’s impulse to understand border studies as both an anchor and a current.

Luke Urbain is a PhD Candidate studying Caribbean art and literature at the University of Wisconsin—Madison.