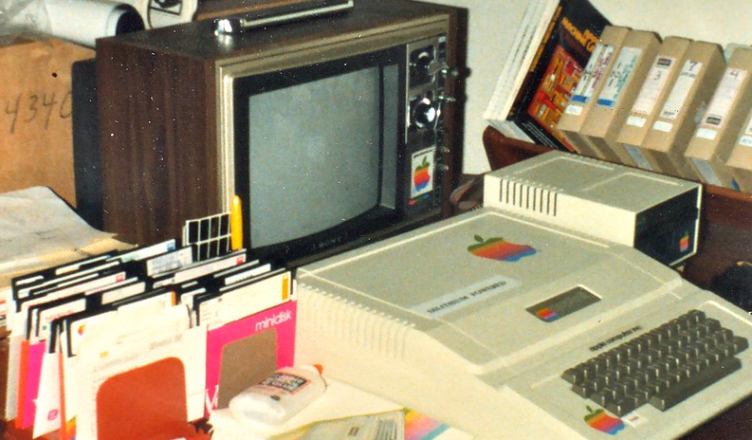 I am typing this review in Microsoft Word, saved to a Dropbox folder on my MacBook. I turn through the pages of my review copy, sometimes searching in Google Books for a quote I remember but cannot locate in print. In the twenty-first century, textual production is shaped by the bitstreams of digital data. How, then, should scholars of literature, textual criticism, and bibliography contend with the complex materiality of the digital data and platforms that constitute the contemporary literary archive? This is the guiding question that animates Matthew G. Kirschenbaum’s excellent Bitstreams: The Future of Digital Literary Heritage.

For the past two decades, the materiality of literary media has been the subject of prolific and rich critical inquiry. From N. Katherine Hayles’ media-specific analysis of electronic literature to recent work by Alexander Starre and Jessica Pressman on the print book’s status in the digital media ecology, the idea that literature’s content can be neatly separated from its medial underpinnings has been thoroughly dismantled.1 Kirschenbaum has been influential in these interdisciplinary conversations. Particularly important is his Mechanisms: New Media and the Forensic Imagination(Cambridge, MA: MIT Press, 2008), which argues that textual scholarship must look beyond the screen to the forensic materiality of digital storage media. Bitstreams builds on this line of inquiry. Bitstreams comprises three main chapters that center respectively on the archive, the computer, and the book. Together, they cover a wide range of literary production: canonical print literature, avant-garde digital poetry, and popular fiction that foregrounds the book form. The result is a compelling, thorough, and nuanced analysis of the ways that literary history—as both an object and a method—must engage with the bitstreams of digital data through which literary culture has moved in recent decades.

The first chapter takes Toni Morrison’s floppy-disk drafts of Beloved (1987) as an object lesson for the ways genetic criticism is by turns stymied and opened up by digital literary documents. Kirschenbaum finds bit rot in Morrison’s digital archive. Yet he reminds the reader that paper archives are also vulnerable to destruction—a fact dramatized by his descriptions of digital images of a typescript draft of Beloved that was damaged during a fire at Morrison’s home. While the chapter deftly outlines the challenges posed by digital archival materials, Kirschenbaum’s reading of Beloved’s textual history results in a beautiful illustration of the fruitfulness of working with digital documents. He reconstructs the editorial history of the novel’s ending, discussing how Morrison’s changes—most strikingly, her alteration of the final line at the behest of her editor—shed light on the novel’s thematics. Kirschenbaum argues persuasively that “any complete account of [Beloved’s] textual history would have to draw upon the evidence of the surviving digital files” as well paper records (20). The chapter also theorizes how digital storage has altered the nature of archiving. He reads Morrison’s theme of “rememory” as a form of what Wendy Hui Kyong Chun calls the “enduring ephemeral” in digital archives. Both, for Kirschenbaum, involve a rupturing of clear distinctions among present, past, and future, and both exemplify how the present becomes an ongoing process of encountering the past.

Chapter two examines poetic experiments with the Macintosh: William H. Dickey’s HyperCard poetry and Kamau Brathwaite’s innovation with digital layout and design. Kirschenbaum interweaves literary explications with a fascinating history of the modern computer as an agent of literary composition (in both senses). For example, we learn that both Dickey and Steve Jobs studied calligraphy at Reed College—a fact that impacted Jobs’ design of fonts for the Macintosh, which would become Dickey’s poetic platform. Kirschenbaum also discusses how Brathwaite folded computing metaphors into his anti-colonialist poetry, even as that poetry explored the expressive potential of desktop publishing. Reflecting on the New Criticism’s legacy, Kirschenbaum acknowledges that that the “bibliographic habit of mind” can spiral into an obsession with minutiae: “What if such details [as the menu from which Brathwaite selected his fonts] exceed not only the hermeneutical horizon, but indeed any and all conceivable epistemological horizons, as would, presumably, the question of what color socks Brathwaite was wearing on the day he composed a particular poem?” (70). His own analyses in this chapter, however, illustrate the productivity of this habit of mind as applied to literary bitstreams. The chapter sheds fresh light on Dickey and Brathwaite, as well as providing scholars of literature produced in the 1980s and 1990s with a much fuller picture of the compositional circumstances that influenced literary production during that period.

The third chapter turns to contemporary print publishing. We should, Kirschenbaum writes, no longer think of “the book” as a separate, or an exceptional, medium. Rather, we should regard “bookish media” as global commodities that are fully integrated into the bitstreams of twenty-first century publishing. Kirschenbaum grounds this claim with a deep dive into the production of Doug Dorst’s and J. J. Abrams’ S., a novel within a novel that foregrounds its print artifactuality by presenting itself as an old, annotated library book. Kirschenbaum’s detailed overview of the people, systems, and other factors that went into the making of S. as an aesthetic object and an exemplar of bookish media is indispensable reading for anyone interested in this novel. As a case study, it also illuminates the material and digital underpinnings of contemporary literary production more broadly.

Taken together, these three chapters present an argument for periodization. Kirschenbaum demarcates the era from the 1970s to the dawn of cloud computing as a time when literary production resided on locally stored digital files. In addition to “acknowledging the periodizing effect of different digital technologies on the future bibliographical record,” this timeframe focus should reassure researchers who might otherwise worry that their technical skills are inadequate for the challenges presented by the variety and complexity of digital storage media: “a scholar or bibliographer who acquaints herself with the relevant tools and methods can . . . expect to be able to work with many of the most common storage formats” of this period (9). Bitstreams is not a how-to manual, but I suspect that one of its key contributions will be motivating scholars to engage more closely with digital literary records and archives that might otherwise have intimidated them.

Bitstreams concludes by considering the issue of bibliographical evidence. Kirschenbaum describes an “epistemological schism” in bibliography (100). This schism lies between inductive and deductive reasoning (championed respectively by influential bibliographers Fredson Bowers and Donald F. McKenzie); between computers’ propensity to produce a “kind of access to the past” that can be “intoxicatingly specific” and the precarity of that access; and between the fact that computers may be “the one textual environment” wherein “there is always a rational explanation” for a textual feature and the fact that bibliography operates “at the threshold between the formally idealized state machine of the digital computer and the messy, human, and asymmetrical lifeworld of the people who use them” (100, 103, 110). Might bibliography apply to this lifeworld, as well as to texts? Kirschenbaum reflects that he writes at a historical moment shaped not only by bitstreams but also by white supremacy, mass shootings, and police violence. Perhaps, he hopes, the bibliographic habit of mind could offer not only an approach to textual criticism but an ethos relevant to collective action in the service of “an uncompromising commitment to the individuality of all things, every instance, every copy,” from each digital draft of a novel to each life touched by injustice (111). Such a claim might seem an overreach were it not for Kirschenbaum’s impressive ability, on display throughout Bitstreams, to ground evocative prose and thought-provoking propositions in precise thinking and detailed evidence.

Bitstreams is that rare scholarly monograph that I will recommend to non-academics who are interested in literature in the digital age, as well as a book that will yield valuable new insights to specialists already well versed in their fields. While the technological moment on which Kirschenbaum focuses—that of floppy disks, copies e-mailed back and forth, and platforms like HyperCard—has been largely supplanted by cloud computing, Bitstreams nevertheless provides both an essential account of that portion of digital history and a practical and theoretical foundation that will doubtless remain relevant to bibliography and literary studies, whatever forms future bitstreams may take.

Julia Panko is an Associate Professor of English at Weber State University, where she directs the Literature and Textual Studies Program. Her research explores the intersections between literature and media culture, from the late nineteenth century to the present. She is the author of Out of Print: Mediating Information in the Novel and the Book (University of Massachusetts Press, 2020).