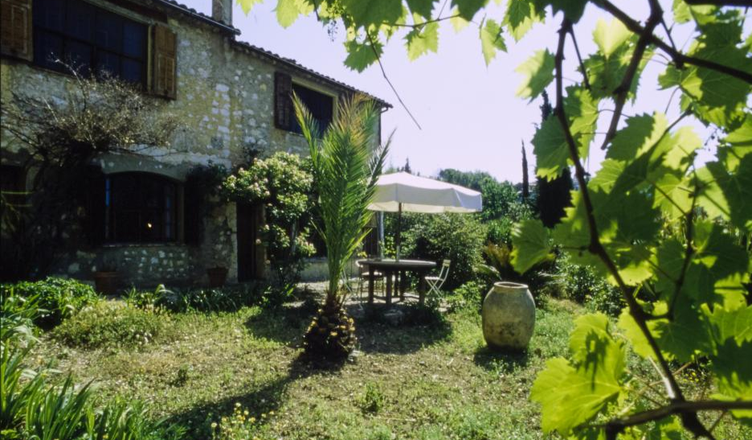 Magdalena J. Zaborowska, Me and My House: James Baldwin’s Last Decade in France

On the 11th of October 1721, Edward Colston died at the age of 84; his legacy as a charitable man and a key figure in Bristol, England was built on the bodies of those Africans who his Royal African Company enslaved. On the 7th of June 2020, nearly 300 years after his death, anti-racist protesters in Bristol pulled down his statue and tossed it into the city’s harbor. Inevitably, political and media figures berated the event as an attempt to “destroy history,” yet where were these commenters and their ilk when James Baldwin’s home in Saint-Prince-de-Vence, the final residence of one of the most acclaimed writers of the 20th century, was sold to developers to possibly “provide space for shiny new tourist quarters or a rich man’s villa and swimming pool” (137)?

In her recent book, Me and My House: James Baldwin’s Last Decade in France, Magdalena J. Zaborowska interrogates the ways black (and black queer) spaces have been ignored both within Baldwin’s later works and his life, and how emphasizing those spaces spotlights the materials from this author’s life. Throughout, Zaborowska utilizes the triad of space-story-self to undergird the wide range of ideas she analyzes, “in order to explore the domestic and intimate parts of James Baldwin’s story, and places where he lived and wrote in his late life, and to link his national house-rebuilding efforts—his critique in virtually all of his works of U.S. national identity as exclusionary and divisive—to the complex politics and poetics of racialized, gendered, and sexualized social space” (17). Zaborowska wears many hats in her book; part scholar, journalist, biographer, and investigator, her book not only argues for the importance of Baldwin’s late works, but for the black queer domestic spaces which Baldwin and his characters inhabit.

Detailing the various ways that Baldwin tells a story, both in his fiction and essays, Zaborowska pieces together a narrative that is told through the materials and ephemera left behind after his death. There is an underlying critique beneath this approach, as she questions why his materials are not considered as valid as those of white writers; Zaborowska notes how the mundane and bizarre materials of writers like Jonathan Lethem are being preserved by librarians and archivists, while Baldwin’s home in France was left to rot and his materials were haphazardly collected by friends and lovers. “How is it, one may ask, that Baldwin’s house library has been abandoned as worthless” while drawings of vomiting cats and “dead tree artifacts” are considered important items by major institutions (299-300)? Crucially, Zaborowska highlights how much of his life story Baldwin put into his works, constantly reliving, revising, and revealing his life and past in order to figure out his identity and how it helped to inform future generations of black and queer writers.

Me and My House dovetails into her current project, an online museum that will recreate Chez Baldwin (Baldwin’s house in Saint-Prince-de-Vence), allowing visitors to examine the now-non-existing residence. For Zaborowska, this project would not only allow people to visit a location that no longer exists but force readers to question how this destruction was allowed to happen. This book represents only her latest exploration into Baldwin’s life—in 2009, she published James Baldwin’s Turkish Decade: Erotics of Exile (Duke UP), which detailed Baldwin’s time spent in Turkey and the impact it had on its writing, similar to how she explores Baldwin’s time in France for Me and My House. The latter furthers the discussion taking place in current Baldwin scholarship, such as Nicholas Buccola’s The Fire Is Upon Us: James Baldwin, William F. Buckley Jr., and the Debate Over Race in America (Princeton UP, 2019), Joseph Vogel’s James Baldwin and the 1980s: Witnessing the Reagan Era (U of Illinois P, 2018), and Michael Eric Dyson’s What Truth Sounds Like: Robert F. Kennedy, James Baldwin, and Our Unfinished Conversation about Race in America (Macmillan, 2018), which has reframed Baldwin as a prophet-like figure able to speak directly about our modern era and the continuing struggles against racism and other prejudices. For Zaborowska, Baldwin is a transnational writer, someone who was paradoxically only able to become American once he abandoned America as his primary home. This wide focus allows for Baldwin to be represented from multiple angles, from his interests in broader global concerns regarding the African diaspora, to his complicated relationships with African-American writers and his overall declining reputation in America during the 1970s and 80s.

Zaborowska divides Me and My House into six chapters. The introduction lays out the origins for her study, her focus on Chez Baldwin, and her methodology for piecing together the material and narrative fragments of the last fifteen years of Baldwin’s life. The first chapter emphasizes the claustrophobia of American racism and homophobia and the opposite desire for queer, inviting domestic spaces that (partially) negate that claustrophobia, while the second chapter shifts towards utilizing spatial and historical studies, focusing in particular on Chez Baldwin, Zaborowska’s multiple visits to it and its ruins, and the atmosphere of the artistic community that surrounded Chez Baldwin and Baldwin himself. The third chapter utilizes the concept of disidentification to consider both Baldwin’s childhood mentor and his final unpublished play, The Welcome Table, examining how the author moved constantly between different social groups and nationalities to the point where the only space he could exist was the one he had to make for himself. The penultimate chapter closely analyzes the queer spatial dynamics of Baldwin’s last two novels, If Beale Street Could Talk (1974) and Just Above My Head (1979), to examine Baldwin’s concerns about colonialism, experimentation with gender expression, and development of spaces for queer people and outsiders in general. The final chapter details Zaborowska’s upcoming virtual exhibition project and addresses why the spaces of black authors require just as much—if not more—care and preservation than white authors’ spaces.

Zaborowska is rarely dispassionate in her readings. Throughout Me and My House, she repeatedly describes the intimacy that colleagues, friends, and lovers of Baldwin shared within his community and his writings, an intimacy that Zaborowska continuously illustrates through her analysis: “Baldwin spoke often about the need for a metaphorical, spiritual even, vital touching and being touched by others” (312-313). Indeed, the book is structured in order to draw the reader further into Baldwin’s racially-informed queer ideology and the issues his afterlife(s) reveals. More thematic rather than chronological, its organization is based on an old children’s game Zaborowska learned in Poland—while this structure benefits the book’s atypical approach to Baldwin, it does mean certain transitions in-between sections, most notably in the book’s middle chapters, can make the reader feel uncertain as to how they moved from one idea to the next.

Near the end of the book, Zaborowska emphasizes the importance of maintaining spaces like Baldwin’s home and other minority writers in general, not only because these spaces and their materials are often left to decay and fade away from public memory, but because these spaces can offer places of encouragement and ancestry to future generations of writers and artists. For scholars unfamiliar with Baldwin’s later work or his more experimental forms of writing, Zaborowska’s book is not only a good entry point into the discussions surrounding Baldwin’s later years but also a framework for future analysis into analyzing queer spatial relationships between an author’s works and the networks and ideologies that form around them. The home may not always stay the same, and the national house may be resistant to change, but the people that inhabit both of those locations always leave something of themselves behind in the spaces they haunted.

Jacob DeBrock currently resides near Columbus, Ohio; he recently obtained a Master of Arts in English from the University of Louisville and graduated from the University of Toledo with a dual major Bachelor’s in English and Psychology. Jacob’s interests are 20th and 21st century American literature, African-American literature, film and media studies, gender/queer studies, and disability studies. While at the University of Louisville, he was a writing tutor at the Writing Center and taught two semesters of introductory composition.