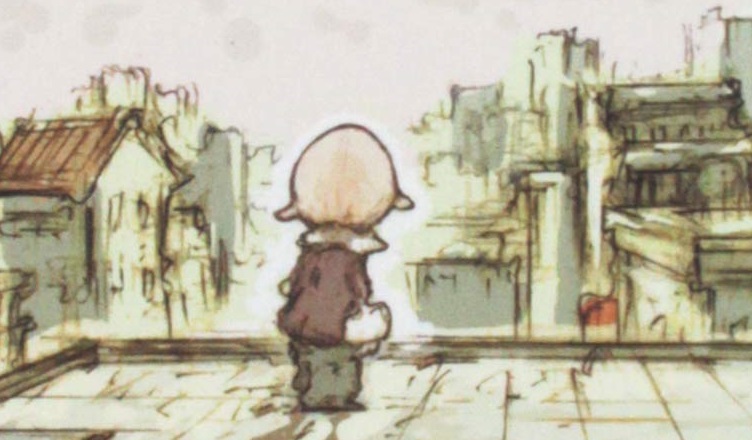 Detail from cover of Migrant Futures, with art by Sonny Liew from Malinky Robot.

In the past two decades, the status of science fiction—sometimes called speculative fiction or more simply sf—in literary studies has risen from pulp schlock to critical necessity. Although sf studies has been doing its own thing in its own journals and small academic book series since the 1970s, one can now crack open (or more likely log in to) any major literary and cultural studies journal and find an article mentioning speculation, techno-science, dystopia, utopia, and a range of topics and texts that coalesce into the ever-shifting genre of sf. Sf has long found purchase among Marxist, feminist, and eco-critical scholars interested in the latent sense that we already live in a dystopia, or are already traveling the dehumanized road of the postapocalypse. More recently it has been taken up by scholars of race, (post)coloniality, and empire who not only find these subjects reflected in the history (and present) of sf, but also propose that sf can help to theorize modes of justice and means of liberation.

Aimee Bahng’s Migrant Futures is a compelling and unique example of recent work in this latter area, because it goes beyond studies of sf texts to read the intertwined histories of capitalism and colonialism as themselves speculative fictions. According to Bahng, these world-historical constellations of events are as invested in worldmaking and worldbuilding fictions as is an sf novel, comic, or film. She establishes this argument by juxtaposing literary texts with moments in the history of capital and finance, showing how the processes of literary and financial speculation often operate in tandem, at times extending the logic and violence of colonialism and at other times resisting colonialism’s power. As Bahng notes, Migrant Futures offers a “‘starter archive’  of attempts to imagine if not the end of capitalism, then an alternative to it, by way of those who may find themselves mired in capitalism or displaced by it, but who continue to speculate beyond its logics” (xi). This is a tall order for a book to fill, but Bahng’s argument is convincing and succinct in just over 170 pages. Her skillfully made point: that the emerging field of critical finance studies, paired with feminist science studies, can help to reconfigure not only literary criticism but also Americanist, anti-/decolonial scholarship, queer theory, and science fiction studies. Migrant Futures truly sits at the edges of disciplines and casts its illuminating light over all of them.

The book consists of an introduction, five chapters offering literary and historical case studies drawn from some intersection between literary narratives and the history of finance, and an epilogue. This last is a unique decision for a scholarly monograph but one that ultimately expresses Bahng’s interest in futurity, which is not surprising given the influence that José Esteban Muñoz and other queer scholars of color have on the book. Migrant Futures as a whole seeks an open-ended and always-evolving critical approach to the imbricated problems of capital and colony, or as Bahng puts it, to the problems raised (and mitigated by) the tripartite narrative forces of “fiction, finance, and futurity” (1). This, in fact, is the subtitle of the introduction, in which Bahng charts the genealogies to which Migrant Futures belongs. She begins from the standpoint that the global financial derivatives market through which capital trades internationally—and which is a product of the global neoliberal capitalism created by colonial expansion and the concentration of more wealth in the (neo)colonial metropoles—is predicated on both futurity and speculation. Financial derivatives are, after Marx, “fictitious capital” (2). By bringing together speculative finance and speculative fiction, Bahng makes clear that both are “forms of extrapolative figuration that participate in the cultural production of futurity,” itself a concept linked to strictly Western, colonial notions of progress, time, and development.

Bahng’s argument here is complex, but her succinct and clear language seamlessly interweaves sf studies, feminist and queer theory, finance and development studies, Marxist criticism, and transnational (especially Asian and Asian American) histories of race, colonialism, and empire. Bringing these diverse discourses and disciplines together, Bahng shows how authors of sf texts form “speculative spaces, wherein histories of colonization and labor exploitation have produced markedly different relationships to Western science and technology,” in the process creating “transnational affiliations among communities of color that extend networks of care beyond national narratives of ‘risky subjects’ and the calculations of global financialization” (17). Thus, the “migrant futures” invoked by the title refers to how “futures markets have moved from place to place and built on the momentum of earlier forms of capitalist incentivization” (8-9). The chapters that constitute Migrant Futures chart key sf tropes of “abduction, alienation, and teleportation” (7) in speculative fictions of capital and colony, coalescing around speculative spaces of the Brazilian Amazon, the US-Mexico frontera, and Southeast Asia. Like her methodology and theory archive, Bahng’s primary texts are transnational, drawing on work by authors, filmmakers, and artists such as Karen Tei Yamashita, Alex Rivera, Alfonso Cuarón, Nalo Hopkinson, Sonny Liew, and Larissa Lai. As the media diversity of the cited creators demonstrates, and as her ability to interweave, for example, the history of Fordlandia and financial speculation in the Amazon with Yamashita’s novels of the 1990s, Bahng’s theorization of the links between fiction, finance, and futurity cannot be bounded by singular texts, national historical or literary traditions, or even media and language. Her work instead spreads rhizomatically to grasp at the complicated imbrication of futures markets, fantastical worldmaking, and liberationist politics.

The final chapter on Larissa Lai’s Salt Fish Girl (2002) is a case in point. Here, Bahng makes the usual connections between historical moments, cultural contexts, texts, and the politics of power that have made the work of an increasingly decolonizing American Studies so disciplinarily distinctive. Where previous chapters looked to the Amazon, the frontera, networks of surrogacy, and archipelagic Southeast Asia, this chapter reads “the horizon of the Pacific Ocean—the body of water, the aquatic organisms that inhabit it, the islands in it and their human denizens, as well as the nation-states and multinational corporations that parlay across it” as a speculative space for imagining a shift away from narratives of economic profit and militarization (147). Bahng takes as her primary context the irradiation of the Pacific by US nuclear testing and after that the military-industrial order overseen by the US’s role in transforming the Transpacific into a region exemplary of the capitalist-colonial progress narrative. Salt Fish Girl, for Bahng, unsettles the narrative of Transpacific progress by disrupting Western notions of time, space, individual, and species. According to Bahng, Lai develops “genetic drag,” “temporal drag,” and “forms of antipositivist speculations that unsettle the financialized future” of the Transpacific and of East Asia in particular (149). Here, Bahng links together an array of theory and history, from queer thinking about performance and assemblage, to the history of the Human Genome Project, irradiation, and mutagenics in the Pacific, and further to the ecological crisis of the present informed by “the collusion among military, industry, technology, capitalism, and scientific research” in the Pacific. Lai’s novel offers a compelling end-for-now for Bahng’s Migrant Futures, offering a microcosm of the Pacific, its history, and the speculations on its futures. For Bahng, these also reflect larger concerns about the displaced, colonized, technologically mediated, and financially speculated “migrant futures” of the peoples of the Global South. Salt Fish Girl is, Bahng notes, “the most radical demonstration of the migrant futures collected in this book,” and so she used Lai’s words, those of her character Miranda Ching, as a coda for the chapter but also as a synecdoche of Migrant Futures / “migrant futures”: “By our difference we mark how ancient the alphabet of our bodies. By our strangeness we write our bodies into the future” (167). 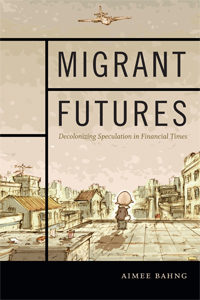 Bahng’s book ends with a short epilogue, leaving itself open to extensions and unknowable mutations. It also builds on the closing words quoted from Lai to argue that the migrant futures charted in this book “are the anomalous futures that have run amok form the discourse of speculation” (169). In closing this way, Bahng marks a shift in the approach to speculation. She sees activism, acts of writing, and daily modes of resistance as acts of speculation. Migrant Futures thereby offers a powerful argument for literary and cultural studies to take the work of sf studies seriously in order to better understand our predicaments and possibilities. But it also advocates for sf studies to break from the study of genre alone in order to see our lives and our futures as speculative fictions.

Sean Guynes is a reviewer, critic, and historian of sff, comics, and transmedia who lives in Ann Arbor, MI. He is a PhD candidate in English at Michigan State University and Journals Coordinator at Michigan Publishing, University of Michigan. He is co-editor of Star Wars and the History of Transmedia Storytelling (2017) and Unstable Masks: Whiteness and American Superhero Comics (forthcoming), and editor of SFRA Review. He can be found on Twitter at @saguynes.