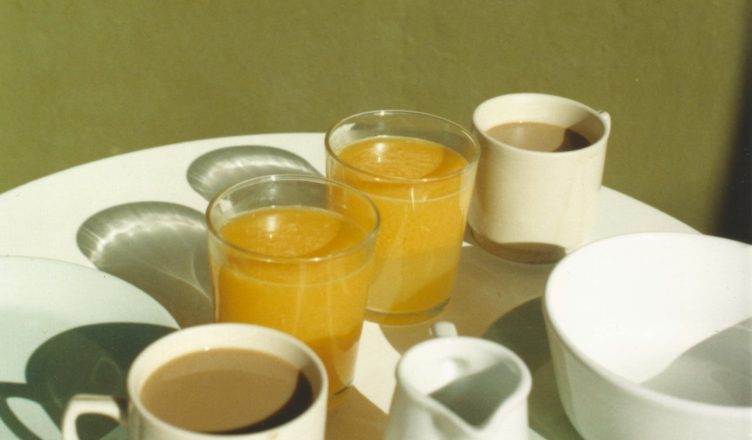 Photo by Aina Anderton. Picture  courtesy of the artist.

To engage with Monica Huerta’s book is to be told several kinds of stories: scholarly stories and intimate ones—‘smaller stories,’ ‘the kind I can hold in my hand’ (158)—interweaved in a dialogue which connects Huerta’s personal narrative with ‘history, and storytelling’ (xix). What is the use of theorising, of offering ‘critical imperatives,’ Huerta wonders, without pictures or conversations? (xiv) Delightfully heterogenous and perfectly unblended, Huerta’s mixture of creative and critical writing spans from history to monologues, to tales and family documents, including a variety of media—photographs, restaurant menus, advertisements—which comprise her personal ‘archive’ (xix). Huerta acknowledges the ways in which she is inspired by the ‘feminist mode of storytelling as criticism,’ as well as by the notion of ‘“identity politics” and its ‘misunderstandings’’ (xvi). She proposes a mode of memoir writing in which the individual stories do not lead to first-person heroism nor to an exclusive focus on her life, but which allows us to think reflexively about the ways in which we think, the ‘habits of thought’ which mount a challenge to ‘racial and settler-colonial capitalism’s structural and philosophical life’ (xiv). Regardless of the personal touch inherent in memoir writing, Huerta’s life-story is not straightforwardly touching—desiring neither ‘empathy nor recognition,’ and refuses to allow us to become too attached or emotional (xvii). The ‘I,’ for Huerta, is no more and no less than a ‘question’ (xviii), not exclusively a personal instance, but an open space offered to the reader.

Magical Habits does not seek to be prescriptive and Huerta does not view her own position as a scholar as one to be revered.  She defines her practice as ‘critical wanderings,’ consisting of a never-ending process of breaking and fixing thought (xxi). However, in finding ‘alternatives for alternatives that have worn thin,’ scholarship is also yet another ‘weapon’ of racial capitalism (92-93). Magical Habits takes to task its very mode: What can be done with critique? How do we engage with it so that it becomes ‘livably lived in’? (xiv) The book purports that one cannot separate scholarly practice and life. Huerta accomplishes the enactment of this interlinked relationship: her life has informed her scholarship and the scholar she is, and life cannot provide us with just ‘one kind of knowledge and knowing’ (xxi). Ideas are not presented as definitive: they are conceived, revised, written, and reflected upon, and are subject to ‘missteps and incompletion’ (xv). Furthermore, Huerta introduces a fairy tale, and, regardless of its fable tone, she warns us that there are ‘no secrets revealed’, encouraging the reader to take the story as it is (77). In this multiplicity, Huerta’s writing shines, effectively performing the question the book revolves around: whether the critical tools that challenge capitalism are compatible with life, whether they can give us the ‘choice or change’ we need to live (xiv).

Introducing short and intense stories with a wide cast of characters, the chapters vary continuously in tone and shape, in intimacy and seriousness. They display the first person in a ‘dissolving’ fashion, exploring ‘the historical, the familial, and the fictional’ (xviii). Huerta begins the book by asking the figure of Benito Juárez—the ‘first indigenous Mexican president’— immortalised in a sculpture, what he is doing there, near the Chicago River (xi-xii). Juárez’s persistence in the form of his sculptural presence overlooking the city serves as a metaphor for how history endures into the ever-evolving present. However, Huerta aims at overcoming the ‘powerful, bewitching idea of one,’—of the individual— and in the chapters that follow, we do not find many historically or culturally heroic characters. There is not one answer, not one way of writing or thinking, but an exploration of multiple options (xxi). Surviving in a world of racial capitalism—materially, intellectually—Huerta argues, and actively thinking against it, criticising it, involves an irresolvable tension between individualism and collaboration. Her role as a critic is not to prescribe solutions, but to ask questions.

Huerta’s story and the story of her family’s migration originate in the ‘coordinates on a map,’ as she states in the first chapter of the book (5). In chapter 2, Huerta accounts for the history of Catholics in Mexico and of her own family’s involvement in the Cristero war in the late 1920s, a conflict caused by the government’s anti-clerical measures, in which her great-grandfather became a martyr. Such transcendent events are met with the same importance as intimate, but no less notable historical moments. The account of magical moments of childhood, those visions which fascinate a young Huerta, are also part of her history. The mesmerising image of glasses floating over the bar in her parent’s restaurant prompts Huerta to claim the value of the inexplicable, pushing for a mode of thought which does not seek for the ultimate answer but for the unanswered questions because ‘if you were to solve all the mysteries, it is the same as being alone’ (11).

As Huerta contemplates how to practice literary and cultural scholarship without transforming into a hero nor a ‘disciple,’ she latches onto aphorism, which is the central topic of the fourth chapter, as an open form of thinking which allows thought to develop ‘up and out’ (42). In chapter five, Huerta, explores her personal archives and describes a childhood photo, where a younger version of herself looks out from her desk. Passing the page, we too are looked at by her. The ekphrastic meets the experiential in this direct encounter with the described picture, a moment which remains partially unknowable to the viewer, but not to Huerta’s memory: ‘half-chubbed arms […] rest carefully on my lap—but my lap didn’t make it into the shot’ (51). In the book, we continue to explore Huerta’s paradoxically distant intimacy through a personal email, or the recollections of herself as a child who could not but admire Disney films. Allowing the personal into the political, Huerta looks for those habits of being and of thinking and makes us participants in her search.

In chapter 7, having already presented us with the intermediality of textual and non-textual forms, Huerta thinks about the visual, stating that, like poetry, an image ‘betrays its limits’ (85). How, then, should one read Magical Habits? As a memoir, as a poem, as a collection of personal archival material, as fiction? In the following chapter, Huerta accounts for ‘scattered snapshots’ of the experience of her parents’ divorce, which she relates to the medieval court of love, where ‘the rules of love established the grounds of justice,’ where the personal was a social concern, making ‘a judge and a poet’ more similar that we may think (104-106). Throughout heterogenous chapters, Magical Habits aims at exploring it all—genre, form and content wise—at the same time that it focuses on the personal, the exceptionality of Huerta’s own experience. Huerta’s attempt at outpacing ‘history’ when moving geographically throughout the US is matched by our own commitment to following her steps.

In addition, the strong presence of unmediated Spanish in the text is refreshing and daring. There are no concessions offered—no footnotes or translations—but a direct immersion in the speech of the members of Huerta’s family; characters, which although fictional, come from ‘inherited family oral histories’ (xix). Preserving the spirit of the voices which appear throughout Magical Habits is important because the way we think is shaped to a degree by the language we use.  Indeed, bilingualism may imply conflicting habits of thought within the speaker: ‘English,’ Huerta claims, ‘has fooled me into being more forgetful than nostalgic’ (35). Language, as a guide for thinking, can also contrast with the logic of geography, of movement, allowing one to be in two places at the same time—a form of inhabitation which is in opposition to physical migration. By the end of the book, Huerta distances herself from the narrative logic of geographical movement, finding the questions ‘Where are you from?’ and ‘What are you?’ challenging, difficult to answer, posed as if there could be ‘a neat beginning, middle, and end in one city’ (139). If being ‘Mexican’ and living in the US makes her linguistically divided between the forgetfulness of English and the nostalgia of Spanish, when it comes to her belonging, she thinks of herself as a ‘placeholder’ where different stories and histories converge (140).

It is the nature of the historias—the word both for ‘history’ and ‘story’—that brings together Magical Habits. The archival exploration leads Huerta to writing about the naked body, exposed in the humidity of the baths, subject to critique, to fiction, to meaning, and to idealisation too. For Huerta, believing in the possibility of a body with perfect unmarked skin is comparable to believing in Disney films. There is no escaping the habits of thought: they interweave with our lives. For Huerta, ‘dreams and fiction’ function in similar ways, for ‘they can travel with us, follow us around […] become the way we live’ (118). And yet, they do not become conclusive or definitive. If Magical Habits enacts rather than provides statements, it is because of an intentional eschewing of certainty. Certainty is not a guarantee of actual knowledge, Huerta writes, but just an attitude towards it. Huerta tries to leave the door open to a freer way of reading and writing, in which the personal exceeds any limits. We too can trespass such limits and follow her serious but compelling adventure. It is thus legitimate to speak of an ‘us,’ to bring ourselves to the book and read in a collective state of mind. ‘Us’ should be understood in a ‘more liturgical than […] declarative or descriptive’ way, as a pronoun that embeds us into history (ix). ‘History—like memory and other stories—can be a prison house,’ Huerta warns us, but it could also be a ‘love story’ (149). As a book which ‘seeks to enact as much as describe,’ Magical Habits is a love story between the reader and the writing, one to be read with generosity and eagerness (ix).

Adriana Murad Konings is a writer and PhD student at the University of York, where she has worked as a module tutor. Her research explores suspicion as a literary and affective metaphysics of the post-45 transatlantic novel. She holds a BA from Universidad Complutense de Madrid and an MA from Goldsmiths, University of London. She has studied Creative Writing at Escuela de Escritores de Madrid, where she teaches workshops.
Adriana represents Spain in the Connecting Emerging Literary Artists programme, funded by the EU. Her first novel was shortlisted for the Herralde prize and is in the process of publication.