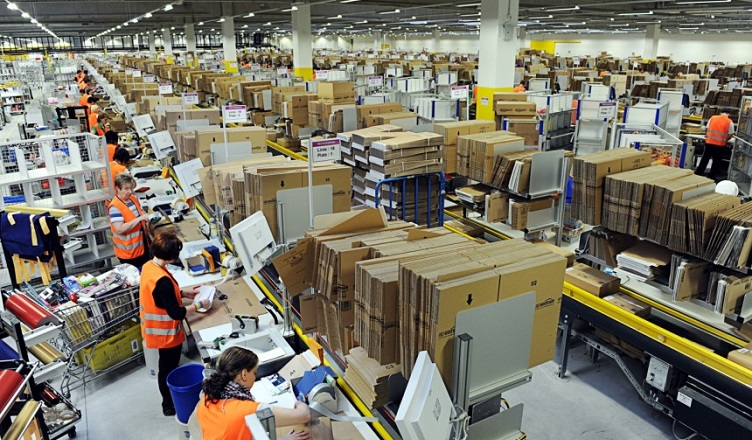 There is little consensus over what, precisely, neoliberalism is, where or when it began, or how it makes itself apparent in culture. Seeking to understand the various ways that a neoliberal system of economics and politics manifests itself in our lives, literature, and social structure is thus a daunting and endlessly demanding task. Is trying to find the relationship between literature and neoliberalism akin to trying to expound the link between “American literature and the Sasquatch?”1 Mitchum Huehls and Rachel Greenwald Smith’s excellent collection of essays, Neoliberalism and Contemporary Literary Culture (2017), demonstrates that there could be no better way of representing neoliberalism than with something that contradicts itself and takes on many different forms. It is no easy task, but Huehls and Smith’s collection gives the topic of neoliberalism the space it needs to flex its ambiguity and bask in its own contradictions, all the while immersing readers in the seemingly unlimited limits of neoliberalism’s reach into various sectors of the literary world.

Neoliberalism and Contemporary Literary Culture is a collection of sixteen essays that explore how the development of neoliberal economics and political ideology has affected the way American authors write and are published. More than just a historiography tracing the rise to eminence of the famously important, yet not clearly defined set of economic and political principles known as “neoliberalism,” Huehls and Smith’s collection is a guidebook to understanding the many phases, facets, and faces that a neoliberal reality displays, and more specifically, what kinds of hats it forces writers to wear in contemporary literary culture. Huehls and Smith begin with an introductory essay on neoliberalism and literary culture that frames the various discussions to follow, even if it does not seek to fully contain them. In order for an analysis of neoliberalism and literature to be of any value, the editors have to stake some claim on the existence of neoliberalism. For all the conflict surrounding the buzzword “neoliberalism,” Huehls and Smith do an excellent job of focusing their collection around four historical phases of what they believe to be the development of neoliberalism into American and British literature. These four stages—economic, political-ideological, sociological, and ontological—are counterbalanced by significant Cold War era changes in American literature and literary culture. On the one hand, “the rise of neoliberalism does help to explain the coincidence of seemingly multiple and even internally contradictory aspects of contemporary literary culture”; and on the other, “literature can help us better understand some of the more confounding contradictions that appear to exist within theories of neoliberalism.”2

The four phases of neoliberalism outlined by the editors begin with the economic phase in 1971, when Richard Nixon unpegged the dollar from the gold standard, transforming finance into a global, highly competitive market. The abandonment of the gold standard shaped the political phase of neoliberalism, when Ronald Reagan and Margaret Thatcher wedded the economic ideals of untethered capitalism with political ideology and legislative strategies.3 Here, Huehls and Smith begin to trace the first inklings of neoliberalism’s encroachment into the literary sphere, noting that during the 1980s, writers from the 1960s and 1970s who had previously been avant-garde, anti-sexist, and anti-racist were now finding institutional and commercial success. The end of the Cold War and the apparent victory of the free, unregulated neoliberal economic political system signaled the turn to the third phase: sociocultural. This was when writers such as Jonathan Franzen and David Foster Wallace made a turn to realism and when “literature and other forms of art . . . community, education, romance, entertainment, health, technology, law, and nature” were subjected to “economic calculus committed to efficient profit maximization.”4

The fourth phase is the focus of discussion in the majority of the collection’s essays. Huehls and Smith contend that the fourth, ontological phase is the full realization of the previous three, and most importantly for literature, the recognition that all we must do as consumers in order to be functional within the neoliberal reality is exist within it. “The market does not require specific economic pursuits, political commitments, or ideological beliefs; it only requires our presence, our being in and of it—which isn’t hard . . . .”5 Their description of the fourth phase also sets the theoretical groundwork for explaining the rise and fall of different theories of literary and cultural critique. In their eyes, “the critical power of postructurally inflected Marxism, feminism, postcolonialism, and other politically committed theoretical approaches lose purchase on a reality fully subsumed by capital,”6 and have given rise to affect theory, biopolitics, ecocriticism, object-oriented ontology, embodiment theory, and others. These theories respond to the new, living being of neoliberalism; it inflects every moment of our political, private, and social lives, and the corresponding ways authors have tried to make sense of it.

With their framework for understanding the ascendance of neoliberalism set up, Huehls and Smith group the essays in four parts, beginning with “Neoliberalism and Literary Theory,” which largely discusses and interrogates how the object and application of theory has changed, endured, and been reexamined under neoliberalism. For instance, Walter Benn Michaels’s essay “Fifty Shades of Neoliberal Love” positions neoliberalism as an unwritten masochistic and submissive contract with the laboring body, using the Fifty Shades novels as exemplary texts for exploring this relationship. Jane Elliott continues exploring the literary body and its locality within a neoliberal system, but applies her own theory of a “microeconomic mode.” Using Between A Rock and a Hard Place and Gone Girl (2012) as examples, Elliott shows how each decision a character makes in a novel must be agonizingly thought over because it ultimately includes life or death stakes. This narrative mode of intensive decision making mirrors the microeconomic mode now operating in our day-to-day lives. Min Hyoung Song’s essay applies similar theories more broadly by looking at the application and resulting theoretical shift in reading and writing literature. Song makes a lively case for new materialism as a deeply involved and politicized way of connecting seemingly unrelated materialities, concluding that symptomatic reading and new materialism have more in common than we think.

“Neoliberalism and Literary Form,” part two of the collection, examines the different literary trends that emerged in the late 1990s and 2000s, such as a return to realism, memoir’s rise in popularity, and shifts in narrative point-of-view. Each of the authors in this section caution against ascribing all their observations to the intensification of neoliberalism, but they nonetheless see many neoliberal ideals such as entrepreneurialism and individualism in novels from these years. Mathias Nilges’s essay on the end of postmodernism describes how it predicted, created the space for, and ultimately gave way to the neoliberal possibility of realism in the 1990s. Nilges asserts that postmodernism was the slow ending of literary futurity and the realization of neoliberalism in such a way that only realism became possible, and that the “‘neo-’ in neoliberalism is structurally and historically congruent with the ‘post-’ in postmodernism.”7 Marcial González’s essay, “Against Omniscient Narration,” is another standout from this section, providing a close reading of The People of Paper (2005) as a means of exemplifying neoliberalism’s omniscient role as a narrator in our own lives. There is a choice to resist the authorship of a neoliberal economy, or to passively allow the scripts of history, class, power, and capitalist dominance to write our lives. Together, these essays provide stirring readings of how authors position themselves and their characters in relation to a world dominated by capital and associated ideologies of neoliberalism.

“Neoliberalism and Literary Representation” and “Literary Institutions,” the final two sections of the collection, explore how literature reflects many of the themes of neoliberalism, and why that may be. Sheri-Marie Harrison writes about two popular migrant novels, Open City (2011) and Americanah (2013), and how neoliberalism is uniquely reflected in each. Open City provides an example of the cosmopolitan, mobile, and inhumane role that capital plays in an increasingly neoliberal market. Americanah, alternatively, shows the role of capital in objectifying and commodifying the non-American black woman. Both novels discard the traditional linear immigrant novel format and “trouble the normalized expectations of immigrant, multicultural, or minority fiction by animating the workings of neoliberal capitalism within localized contexts.”8 While these specific novels are critiques of neoliberalism and the freedom of capital, some of the novels discussed in these essays are not, yet serve as examples of how literature is shaped and moved by it. Gillian Flynn’s novel Gone Girl receives particular attention in this section, with its representation of neoliberal socioeconomic binds and the resulting characters and narratives that materialize because of them.

Many of these authors create the novels, characters, and forms that they do because literary institutions and media corporations encourage certain types of authorship. Michael Szalay, for instance, writes about the marriage of popular literary writers with TV production studios such as HBO, commenting that “the author as executive producer is as much a brand as middle management,”9 and that the major studios “need literary prestige more than they do actual literary labor: better to show the world Jonathan Franzen desperate for an HBO series and then reject the pilot he helped produce than to employ him.”10 This tenuous relationship between studios and writers makes pseudo-producers out of authors, all while still holding the means of labor and actual production. The mass media market has created the economic space that writers are often forced to work in, but it has little need for their actual labor beyond the celebrity name it has helped to establish. And yet writers are still bound by the topics for shows only HBO, Showtime, and Netflix can produce. Universities create a paradoxical labor environment for writers and researchers in the humanities, says Leigh Claire La Berge. For all the lack of attention English departments receive from universities in favor of STEM fields, English departments often support STEM and business departments financially and fuel the neoliberalization of the public university.11

Taken together, the essays found in this collection offer a panorama of the nefarious ways neoliberalism inculcates itself into literary theory, form, and representation. The writers also provide a critical view of the institutions and corporations that facilitate this process. More than anything, this collection demonstrates that for a subject as overwrought, heavily scrutinized, and endlessly talked about as the idea of neoliberalism, there is still much to be gained from continued critical study of it, and there is much more we are only now realizing about its effects on literary culture. Understanding its logic, its shape, and its influential role in cultural production demands, somewhat paradoxically, that researchers play by its rules to some extent and allow for its faulty omniscience to expose itself. In effect, that’s what this collection of essays does: it lays bare the variety, conflict, and multidimensional aspects of neoliberalism. This allows for novelistic capitulations to neoliberalism to stand beside forms of resistance to it. Scholars of neoliberalism will find essays they agree with, disagree with, and are inspired or provoked by in this collection. It is perhaps fitting, given that one of the hallmarks of neoliberalism is the illusory abundance of choice in the capitalist market. For what if offers, Huehls and Smith’s collection is surely a must-read for scholars in neoliberalism.

Rick Devery is a graduate of Penn State University, with degrees in Comparative Literature and Political Science.