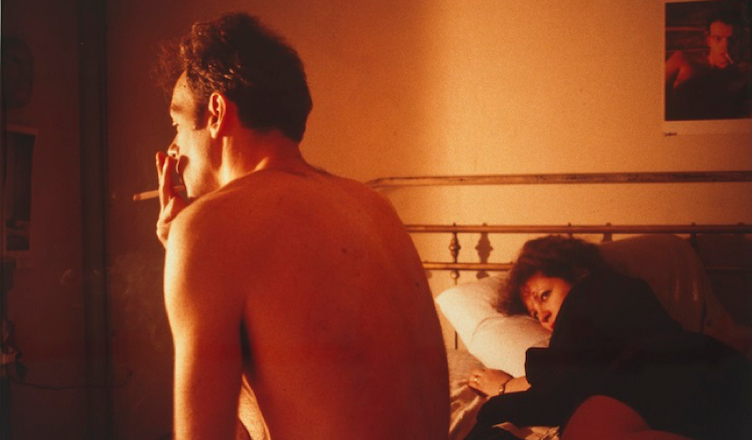 The primary interrogation of Abigail Solomon-Godeau’s Photography after Photography: Gender, Genre, History, a career-retrospective comprising works from 1995 to 2014, can be found in its essay on the street photographer Henry Callahan. In this essay, Solomon-Godeau writes: “the art of photographic capture is never innocent, is never an act of neutral bystanding” (93). For Solomon-Godeau, deliberation and purpose are immanent within the act of photography and to suggest an artist-subject disconnect is to be disingenuous. As such, ideas of artistic provenance and moral ambiguity, as well as “genre-ification” and other “clunking neologisms,” all recur across this collection’s twelve essays in which Solomon-Godeau takes to task the medium of photography and its gatekeepers (2). Disregarding those who view photography as a passive medium, Solomon-Godeau’s concerns herself with increasing photography’s legibility as an active, lively form that does not befit torpid generalizations and hollow buzzwords.

Describing her work as “practical criticism,” a mode that considers case studies and extant artistic work rather than formalist philosophical trappings, Solomon-Godeau is not interested in photography as an elite institution but is rather intent on understanding individual artists and their coteries across the medium’s history. In the collection’s first essay, “Inside/Out” (1995), Solomon-Godeau makes note of the medium’s “brute exteriority” and remains attentive to the “ethics of photographic seeing” that dominate so much of the medium’s discourse (12). In case studies of Nan Goldin and Larry Clark, two proponents of what she calls the “confessional mode,” Solomon-Godeau unspools the myth that photography contains a single, universal truth and exists to be comprehended. A hangover from the form’s historically masculine institutionalization which Solomon-Godeau terms the “patriarchal image,” the myth of photographic truth was the chief export of modernists such as Alfred Stieglitz, Edward Steichen, and their nearly male-exclusive coteries. She rebukes notions of objective truth in favour of teasing out subjective and personal truths from photographic works, which instead hold a “kind of knowledge, a certain kind of truth” (24).

The collection’s third essay, “The Family of Man: Refurbishing Humanism for a Postmodern age” (2004) refers explicitly to photography’s curatorial potential for propaganda and its role as the chief exponent of prevailing hegemonic systems. Solomon-Godeau takes as her case study Edward Steichen’s eponymous 1955 MoMA exhibition, a project that claimed a universality in its 503-photograph presentation of the human condition. For Solomon-Godeau, Steichen’s exhibition was a product of both personal and national hubris, purporting to showcase “world photography” but in reality becoming exemplary of the “spectacle of the exhibition and the spectacle of the commodity” (57). Solomon-Godeau is keen to pull at the thread of the ostensibly de jure universality of photography as a medium and the de facto patriarchy with which it is historically associated. As such, her consideration of Steichen’s ill-conceived “world photography” project depicts the form’s historical conservatism with a neat and concise exemplar through an argument that is as conscious of America’s “mythic self-representation” as it is of the technicalities of photography itself (51). 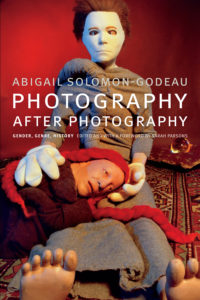 Perhaps the most striking of Photography after Photography’s various case studies is Chapter Four, “Torture at Abu Ghraib: In and Out of the Media” (2007), which examines the high-profile media proliferation of U.S. torture methods at the Abu Ghraib Correctional Facility during the Iraq War. In this essay, Solomon-Godeau repeatedly refers to our natural and innate voyeurism, as well as our interest in the arresting and morbid. Detailing the unavoidably “carnivalesque” and “s/m trappings” of the Abu Ghraib torture photographs, Solomon-Godeau pays close attention to what she calls the “pornographic gaze” and its role in photography’s popularity (66). This coinage dovetails with an earlier citation of Susan Sontag’s On Photography: “like sexual voyeurism, taking photographs is a way of at least tacitly, often explicitly, encouraging whatever is going on to keep on happening.”1 Solomon-Godeau thus controversially asserts that public fascination with the Abu Ghraib files fosters a certain complicity in the subject matter. We photograph that which we want to immortalize, preserve, and (ideologically) extend beyond the frame, Solomon-Godeau and Sontag seem to suggest. As a result, any involvement—such as viewing, sharing, or publishing—with the Abu Ghraib photographs, carries complex moral questions of agency.

The critical framework that supports these case studies and others on artists such as Vivian Maier, Cindy Sherman, and Robert Mapplethorpe, is Solomon-Godeau’s fixation on the accidents of genre and the critical obsession with pigeon holes and demarcated fields. Finding such delineations between terms such as “street photography,” “documentary photography,” and “photojournalism” unhelpful, Solomon-Godeau concludes that it is the “historical perspective” of these terms, rather than what they signify, that matters. She writes that “it is futile to establish fixed meanings for any of them” (140). Solomon-Godeau frequent invokes the ideas of Sontag and Roland Barthes, and writes self-reflexively, almost genre-phobically, and is reluctant to alight on labels, umbrella terms, and bywords. Such terms, she argues, are signifiers of the medium’s parochial, masculine heritage and their removal from contemporary discourse is key.

The one significant shortcoming of the essay collection, which, as a whole, is a lively and successful dressing-down of photographic elitism and gatekeeping, is its American-centric examples. Aside from the essay “Framing Landscape Photography,” and its foray into European photography, the remaining eleven chapters are decidedly U.S.-bound. If we are to use Solomon-Godeau’s collection as a codebook through which the vagaries of photography and its “genre-ification” might become decipherable, it is only fitting to seek more representative and transnational case studies. Examination of artists such as Guy Bourdin or Hannah Höch, particularly the latter’s Dadaist influences and interest in gender deconstruction, would have coupled well with the essays on Francesca Woodman elsewhere in the collection. As both Höch and Woodman are interested in destabilizing female identity through attention to form and shape, using collage and long-exposures respectively to disrupt gendered gaze, a wider focus may have proven fruitful.

With that said, Solomon-Godeau’s essays are lucid and make for captivating reading. Continuing the interrogative mode established in her earlier publications such Photography at the Dock (1994) and its unpicking of photographic hegemony, it is fitting for Solomon-Godeau to present a collection that spans such a broad range of topics in a manner that is cohesive, challenging, and attentive to photography’s complex formal and cultural history. In her own writings on the medium, Paula Rabinowitz notes that “the age of photography corresponds precisely to the explosion of the private into the public,” and it is this very tension that Solomon-Godeau adroitly considers across this new collection.2 Photography, forever the apparent freshman to painting and “high” visual culture, is championed by Solomon-Godeau as the defining medium of our time. We see reflected in the works of Woodman, Callahan, Maier and others our unyielding gaze toward the ostensibly taboo, forever seeking to penetrate the hidden and private worlds around us and to bring them more clearly into view.

Will Carroll is a doctoral researcher based at University of Birmingham, UK, whose research primarily focuses on ideas of narration and representation of the American small-town in the first half of the twentieth century. From Sherwood Anderson's melancholic Midwestern towns, Norman Rockwell's nostalgic renderings of New England, to Willa Cather's Plains novels, he is interested in how the small-town model varies across America's vast topography and why community ideologies continue to prevail in the American consciousness.