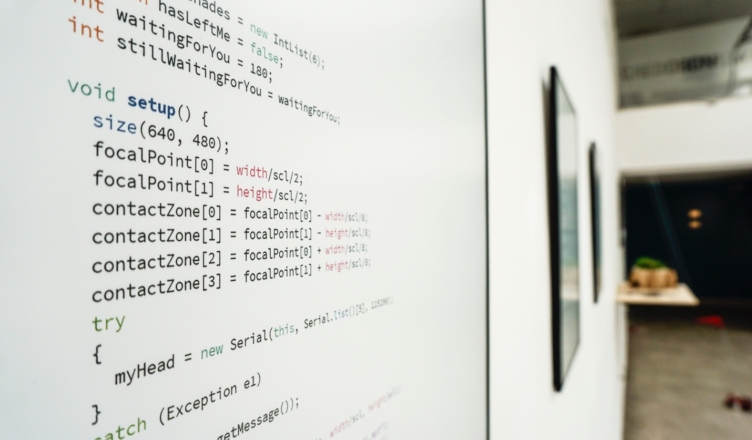 In the contemporary moment, Artificial Intelligence has been deployed as a matchmaker between humans who are seen as incapable of recognizing love themselves. In Japan, the government explicitly deploys AI as a matchmaker to boost birth rate: it has offered to “subsidise local governments already running or starting projects that use AI to pair people up.”1 These projects are seen as supplementing yet not replacing “human-run matchmaking services.”2 In China, AI has been harnessed to lure “lonely men.”3 The AI bot Xiaoice is “redefining China’s conceptions of romance and relationships.”4 In the U.S., finding love has also been harnessed both as a matchmaker as well as a substitute for a mate. In the dating app Tinder, AI determines one’s “desirability” score and matches people with similar beauty and desirability rankings.5 An example of AI operating as a partner is the service Invisible Boyfriend/Girlfriend where customers pay a monthly fee in order to receive text messages written by both authors and bots in order to alleviate family pressure over being single.6 These are just a handful of examples that give a taste of the newly emerging affective landscape in which artificial intelligence operates either as a matchmaker, or as the object of love and affection.

In thinking about the ways in which algorithmic technology is changing perceptions of intimacy, this piece explores the timely work of the Bulgarian artist Albena Baeva in collaboration with Rene Beekman. More specifically, it focuses on their project “Aya,” where Aya (АЯ)—a small bot equipped with facial recognition technology—looks for love in her audience (Figure 1). Aya was part of a larger exhibit “Малки забавни създания” which featured technologies that were strategically selected to be smaller than humans.7 Through Aya, Baeva and Beekman evoke the work of the philosopher Graham Harman and the tradition of thought around object-oriented ontology. Baeva and Beekman’s 2016 project brings attention to the ways in which the camera’s position has now been turned away from the space of conscious acting and onto the space of everyday life. Here the surveillance narrative of technology is subverted into a multi-layered, multi-lingual affective engagement.

According to the artists, “Aya is an interactive installation, created out of discarded technology. It uses an old webcam and facial recognition algorithms to try to make “eye contact” with the visitor. When it does, it starts reciting gendered fragments of texts by Serbian writer Milorad Pavić, turning them into a monologue of unrequited love.”8 The construction of the camera as a feminized object in search of love is in stark contrast with the dominant paradigm of “Big Brother” that has become the hallmark of surveillance technology. Aya is portrayed as small, fragile, and lonely. While in contemporary AI-driven dating or affective technologies humans are seen as the ones who look for love, here the roles are reversed. Aya is constructed as a small AI machine who is looking for a match, for love. The technology used in the construction of Aya now seems outdated and almost obsolete and webcams are seamlessly integrated into computing devices. The novelty and obsolescence of technology is to be juxtaposed with the eternal quest for love.

The process of finding love is a cyclical one of testing, sometimes succeeding, and sometimes failing. This premise is embedded in the algorithm that makes Aya work. Aimed to be a poetic statement, “The code for Aya was written in [Processing]. The main draw() function is centered around an if-else loop that reads like a love affair.”9 Here the goal of the code is “findingDesire” and this goal is to be accomplished by determining if an object of desire is present and how close or how far away he/she is (Figure 2). If the object of desire is within reach, Aya proceeds with “canDeclareLove=declareLove().” Once the subject has left, Aya remains positive until the next encounter. The code itself becomes poetry dramatizing three actions: set up, questioning of when desire is appropriate, and fear of abandonment. Here Aya is given humanoid qualities of love, desire, affection, and affect. The questions explored here are: can we be loved by technology, can we love back rather than love first?

Through their installation Aya, Baeva and Beekman pose four problems of translation. First, they explore the logics of translating desire and love in the context of computing technology by reversing the mainstream perceptions of technology as the mediator of human love or as the object of human desire by positioning people as the objects of technological desire. Here “eyes” or her camera is coincidentally titled Logitech – a popular brand of webcam that, in this instance, echoes the question of human, techno, techne logic when it comes to love (Figure 3).  Second, Aya points to the question of translation and transference in the linguistic turn as we move between Bulgarian, Serbian, as well as code written in English. In Bulgarian, АЯ represents the first and last letters of the alphabet signaling a beginning to end loop (AZ), thus speaking directly to the algorithmic logic as well as the structure of the code that structure this project. This “loop” quality is lost when the name АЯ becomes translated into Aya for English speaking audiences. Third, Aya professes her desire to find love through a remix of the work of the Serbian writer Milorad Pavić’s novel, The Dictionary of the Khazars (1984), translated into Bulgarian. This work is significant as it poses questions of identity. Notable here is the fact that this book exists in a female and male version.10 Aya automatically chooses between the male or female version of the text yet can only speak with a female voice. Her feminine voice is a technological limitation of the voice software available to the artists in 2016. In Bulgaria the only option for software at the time was feminine. Aya thus speaks to a myriad of identities as well as to the cultural paradigms associated with the feminization of voice-over technology (Siri, Alexa, Google Assist come to mind) as well as with the feminization of the technological agents expected to deliver “love,” for example, Xiaoice is built to represent an 18-year-old female. Fifth, in a landscape in which AI increasingly mediates human to human search of love, Aya stops the quest for affection and claims it for itself, disrupting the role of AI as mediator and restructuring AI as the emotive figure. Aya thus emerges not as the conduit of love, but as an agent looking for her kind of love to be reciprocated by a human counterpart. Frames of love, affect, and desire are shaped through the lens of artificial intelligence technology for artificial intelligence technology.

With Aya, Baeva and Beekman have created a powerful metaphor about the ways in which computing technology has been endowed with notions of personhood as seen in the European Union Electronic Personhood initiatives. Their work disrupts the stereotypes of our relationship to technology as well as to each other and posits the opportunity for new forms of affect, affection, desire, and love from the perspective of a post-1989 Eastern Europe. Speaking from the margins, these emerging artists offer an important critical perspective on dominant Western narratives about personhood, technology, and love.

Albena Baeva is from Sofia where she holds two MAs; in Restoration and Digital Arts from the National Academy of Art. She works at the intersection of art, technology and social science; uses ML and AI, physical computing, creative coding, mixed reality and DIY practices. Her work has been shown in museums for contemporary art, galleries and festivals for video and performance in Austria, Bulgaria, Czech Republic, Cyprus, Denmark, France, Finland, Germany, Hungary, Italy, Lithuania, Switzerland, Serbia, Turkey, Ukraine and the USA.

Born and raised in the Netherlands, Rene Beekman currently lives and works in Sofia, Bulgaria. He graduated in Media Arts at the AKI (Enschede, the Netherlands) and in Philosophy (Sofia University, Bulgaria). Selected works by Rene Beekman are distributed by LIMA (Amsterdam) and The Kitchen (New York). He co-founded the MA program for Digital Arts at the National Academy of Arts in Sofia, where he taught for 8 years; DA Fest; the xfilm Festival; and xfilm lectures, among others.

Together, Albena Baeva and Rene Beekman founded Gallery, the first gallery for digital art in Bulgaria, as well the AR sculpture park Ploshtadka, and the studio for interactive design Reaktiv.

Dr. Stefka D. Hristova is an Associate Professor of Digital Media at Michigan Technological University. She holds a PhD in Visual Studies with emphasis on Critical Theory from the University of California, Irvine. Her research analyzes digital and algorithmic visual culture. Hristova’s work has been published in journals such as Transnational Subjects Journal, Visual Anthropology, Radical History Review, TripleC, Surveillance and Security, Interstitial, Cultural Studies, Transformations. She was a NEH Summer Scholar for “Material Maps in the Digital Age” seminar in 2019. Hristova is the lead editor for Algorithmic Culture: How Big Data and Artificial Intelligence are Transforming Everyday Life, Lexington Books, 2021.