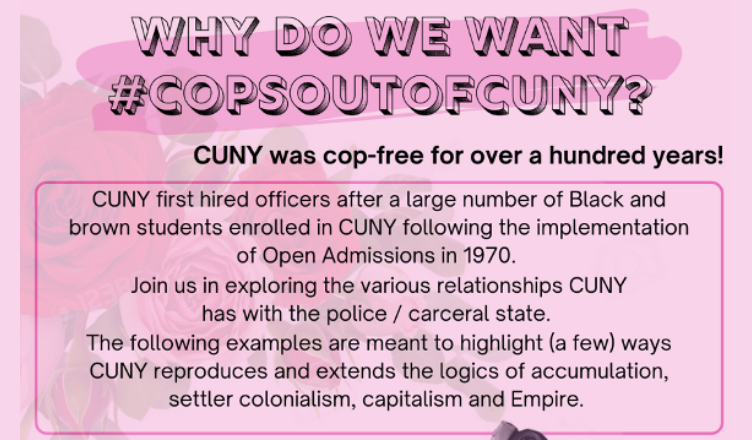 U.S. universities today are experiencing two divergent lines of flight. In one arc, popular trends in education movement strategies and scholarship—in particular within the practices of abolition and decolonization via Black and Indigenous radical traditions and “critical university studies”—have embraced the terms of exodus, fugitivity, marronage, pessimism, and refusal of the university, condemning it as an irredeemable locus of transformation.1 In another arc, scholars, administrators, and elite foundations that bestow financial backing to universities are embracing the call for “public humanities” in order to project outwards interdisciplinary programs that can reach broader communities that may not inhabit classroom walls.

Both of these trends were shaped by the 1950s–70s legacies of university upheavals and freedom learning projects. These projects were led by Asian, Black, Indigenous, Latinx, and Pacific Islander American communities with support by European Americans whose predecessors helped to lead the previous wave of 1910s–40s educational and social rebellions.2 Most notably, from 1960 onwards, public college sit-ins and strikes—from Greensboro to Berkeley to the City College of New York to San Francisco State—proliferated demands, protests, and building occupations that desegregated admissions and neighborhoods while decolonizing curricula. Meanwhile, freedom schools, workshops, direct actions, and other kinds of experimental initiatives redefined learning as a creative community-controlled process that could inspire and prepare people to transform society at large.3

During that last apex of U.S. social movements, a dual-power framework emerged from the throes of anti-communism, Jim Crow racism, domestic counter-insurgency, and imperial war. Under it, activists sought to take over social institutions as well as to create counter-institutions. This innovation synergized and boomeranged struggles back and forth between campuses and communities, melding the tenets of anarchism, Black/Native/Third World (inter)nationalism, and communism into new structures that could encompass a vast range of revolutionary initiatives. Although fierce debates abounded on questions of militant strategy and coalitional responsibility to each other, the stunning scale of this liberatory ecosystem meant that its immense intelligent vision compelled the U.S. government to develop a counter-intelligenceprogram to undermine it.4

Over forty years later, the onslaught of neoliberal racial-gendered capitalist policies—and the horrific wake of COINTELPRO—has created a steady skyrocket of mass incarceration, debt, social inequality, and the panacea of a “knowledge economy” that contemporary U.S. social movements have struggled to counteract, and in large part, that Kindergarten-through-College administrators have worsened.5 As a result, we see, some radicals inside the university are developing plans to jettison it. At the same time, some liberals and foundations are also seeking to escape campus boundaries, but with a reformist vision of learning access that erases the liberatory intentions of their forebears. Thisdynamic portends the conditions for an ideological vacuum in which university-based insurgent teaching and scholarship become replaced by an intellectual retouching of existing conditions which is then savvily broadcast outward from campuses to communities under the guise of transformative pedagogies.6

How, therefore, can we refuse to cede ideological space in universities and also strategically reinvent the mantle of “public humanities” to reclaim this dual-power tradition of metamorphic collaboration between the university and the universe(s) outside? Moreover, what kinds of cultural practices could most effectively propel us in these directions? I want to suggest that when we infuse popular education with protest arts—in such forms as mobile teach-ins that practice spatial reclamation, infographics that map out power relations and coalesce communities, rituals that empower and heal participants, direct action performances that target the academic jugulars of tuition and grades—our analyses are strengthened against easy institutional commodification and co-optation.

I urge readers to exceed the respectability limits of this emerging, and therefore malleable, field of public humanities. Some provocations: “Public humanities” must more expansively realize the universalist stance embedded in its name—indeed, let us ensure “all power to the people!” each time the term is invoked. The horizons of inclusion, diversity, equity, and access (IDEA) don’t extend far enough—instead, we can commit to advancing reparations, abolition, direct democracy, fully-funded free access, and community control of the university and social institutions by those most often denied entrance. In this different orientation of the term “public humanities,” we can plot the takeovers and transformations of college buildings and social institutions, redistribute hoarded resources, and forge new artistic and research paradigms.7

These kinds of militant campus/community complicities can intentionally destabilize the elites who may unwittingly house these operations (or even fund them). As such, organizers must also prepare for if and when institutional support is revoked in order to continue this work by other means necessary.8 In turn, when universities and city policies reveal themselves to be anti-public and anti-humanity (and especially violent to those of us most often erased from these social categorizations), then they must be altered or overthrown.

Through a brief review of several recent cultural/political initiatives inside and adjacent to the City University of New York (CUNY), I want to highlight what occurs when people commit to vitally reconfiguring an urban learning institution instead of abandoning it as a lost cause or allowing it to be co-opted. These activities occurred during the volatile period of the Covid-19 pandemic that exacerbated inequalities in NYC, and after the renewed Black Lives Matter mobilizations to defund and abolish the police, the largest racial justice movement seen in decades that galvanized an array of anti-racist demands by students, faculty, and staff to transform CUNY.  I signal to these projects because they show an emerging ecosystem of community-oriented arts/pedagogies/actions whose relationships and resources are essential pre-conditions to deeper uprisings. I hope that from them readers in other contexts can gain inspiration.

Almost two years ago, when the global health crisis imposed physical distance between us, our institutions, and each other, a deus ex machina opportunity called the entire status quo into question, including how and why we practice education. As we in the U.S. reconverge—while many parts of the world are still denied access to vaccinations by the Global North, and hospitals continue to be deluged—we can continue to hold aloft a fundamental reconception of our social priorities. In part, this entails identifying and rooting our work in the strategic spaces where both radical cohesion and experimentation are brewing. Even if the existing powers that be didn’t intend public humanities to be a runway for revolutionary change, our campuses and communities can pivot its directions—not to escape or equivocate, but to embrace these institutions and cities under our collective control.

Conor Tomás Reed is a Puerto Rican/Irish gender-fluid scholar-organizer who teaches American Studies at Brooklyn College. Conor is a contributing editor with LÁPIZ Journal and Lost & Found: The CUNY Poetics Document Initiative, and a co-founding participant in Free CUNY and Rank and File Action (RAFA). Conor is completing a book, New York Liberation School (Common Notions, Fall 2022), about the rise of Black, Puerto Rican, and Women's Studies and movements at the City College of New York and in New York City, as well as co-editing the quadrilingual anthology Black Feminist Studies in the Americas and the Caribbean.