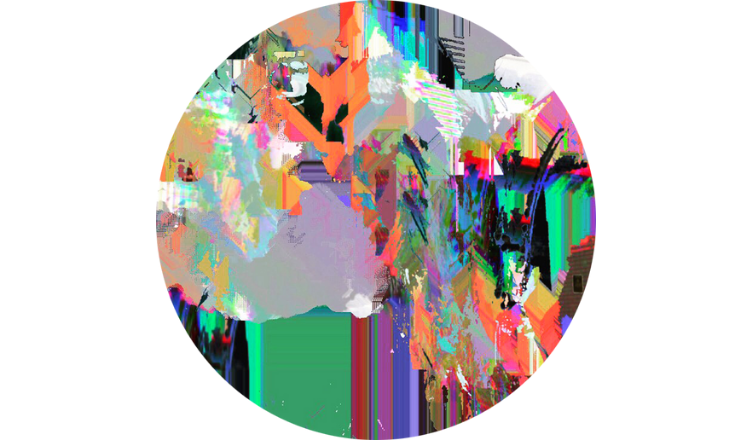 In 2017, we co-founded our online “literary/arts zine,” rivulet. A word that implies fractalizing, multiplicity, and continuous dialogue rooted in collision, emergence, and interdependence, “rivulet” reflects our relationship with a theory of ethical community in practice. Now in its fourth year, rivulet seeks to publish interdisciplinary, cross-genre writing and visual art with a discrete focus on the unfinished, in-process, in-between.

rivulet wasn’t our first experiment in digital zines. Our first project—created, run, and managed between shifts in service-industry jobs and with no academic affiliation to speak of—had a necessary but perhaps unsustainably aggressive, punk ethos.1 The journal’s central point of inquiry was “violence,” with an investment in putting together works that directly addressed violence in myriad, overlapping forms. Here was a space to circulate work by friends, bypass the institutional gatekeeping associated with higher-grade publishing, and generally make a big, loud mess online. Amazingly, it also resonated with makers, educators, and social activists from around the world, whose work taught us how fanged and feral artmaking can stand up from the page and interrupt cycles of social violence and erasure.

Where our first zine prioritized violence and collision over theory as such, rivulet playfully takes shape around the explicit foregrounding of queer, feminist, and decolonial thought and finds aesthetic and critical scaffolding in the works of enfranchised scholars such as Fred Moten, Alexis Pauline Gumbs, and José Esteban Muñoz. Today, rivulet—as both a publication platform and a means of thinking about art and writing—occupies a discursive zone somewhere between our first journal’s no-fucks ethos and what we might recognize as a space delimited by the public humanities. How can the public humanities as such be brought to bear on a project like rivulet, which has its feet jammed in the doors of “public” (surely) and “humanities” (with some squeamishness) both? What are the stakes of naming—or refusing to name—rivuletas a public humanities project?

First the caveats. Our editorial team remains at two, as it did in 2015, and both of us remain uneven scholars, one of us having dropped out of a graduate program in late 2018 and the other eyeing the same move today. Meanwhile, even if we were to conceive of ourselves as early academics, in the context of university-based humanities we stand to gain relatively little institutional power for our work on this project; it is unlikely an English department’s hiring committee would consider our editorial work on par with more traditionally scholarly efforts. Our ability to work on rivulet furthermore remains buffeted by our unpredictable (work) schedules and more or less constant financial precarity—while we keep overhead costs as low as possible, maintaining rivulet will likely always drain the money that we make teaching, freelancing, and toiling in various non-arts, non-academic industries that do actually compensate their workers. It will likely never result in an academic career.

Still, despite our ambivalence toward academia as a set of behaviors that (might) lead to a career, our own foundational studies in the liberal humanities have doubtlessly guided our conception of rivulet. Our fraught attraction-repulsion to a term like “public humanities”—given the regular-old humanities’ inherently exclusionary and extractionary functions—has allowed us to explore other ways of activating attentive lines of relation and difference (of interbeing through difference) among a community of activists, thinkers, caregivers, and makers. rivulet serves as a site of thought experimentation that draws on the theoretical but, through a sense of play not beholden to a sense of finality or of commodification, puts capital-t Theory into deliberate conversation with creative practice. We’ve worked to weave this sense of play—and the tension that “play” seems to carry when placed alongside critical theory—into the journal itself. In our editorial letters, for instance, we’ve blithely mangled Deleuze and Guattari’s image of the rhizome with Derrida’s notion of free play, while curating together artworks that themselves make a tangle of contemporary criticism and theory. In the semi-tongue-in-cheek “bibliographies” included at the end of our editors’ letters, we cite the likes of Kathleen Stewart and Michael Marder alongside pulp artifacts such as the film Shin Godzilla or the experimental 1983 album Utakata No Hibi by the band MARIAH. Again: the collision on display in these bibliographies is deliberately strange, idiosyncratic, even funny—offered in the spirit of destabilizing or queering the boundary between The Humanities’ domain and not—but it is not a joke.

As an editorial and curatorial project, rivulet seeks to center creative work that explicitly trucks in process rather than mastery. Likewise, we have sought for the journal’s structure—and the performances of thought and play that make up its contents—to be co-created and co-determined with the artists whose works appear in the journal. It is a generative mess of a thing. Changing shape with each issue, it gestures toward the kind of art institution (this word draped as loosely as possible over our project) that prioritizes feeling, collaboration, horizontality. In a recent issue, for example, we collaborated with eight artists over the course of six months in a durational, multimedia, pandemic letter exchange. Weaving together each others’ prisms of thought at the time (gathered in a communal, living Google Doc, and shared in sporadic Zoom hang-outs), we forged what we called an exquisite braid, taking aesthetic cues from the Surrealist exquisite corpse practice. The timeline of our exchanges expanded and contracted with each artists’ needs, and we brought what we each could, what we each were called to share, forming what proved to be a forgiving and hospitable arts ecosystem during the depths of 2020.

rivulet could be recognized by the public humanities—and the institutional apparatuses that coin, entrench, and develop economic systems around such a term—as a project worthy of material support. In the long run, that would probably help the survival and reach of our journal. Ultimately, though, something like rivulet will always veer from the top-down, conditional, and material confines onto which (public) humanities projects are fastened. We’re interested instead in what kinds of interstitial spaces a project like rivulet can itself become, or carve out, along and outside the continuum of the art system and the academy. At the same time, we accept that the journal’s existence (and the existence of efforts like it) allow “the public humanities” to situate and codify itself in relation to other departments. A classroom can point to it as evidence of what does or doesn’t work; a funding body can scan it for what does or does not apply. However, while any given university or humanities department will almost certainly outlive it, rivulet does not require institutional validation in order to legitimize its existence nearly as much as a field of research / marketing term like “the public humanities” requires outlets like rivulet. We would be doing the same work either way.

Jhani Randhawa (they/them) is a multidisciplinary artist whose work is concerned with spectral inheritances, anti-imperialism, dreams, interdependency, and queer longing. With Teo Rivera-Dundas, they are a co-founding editor of rivulet, an experimental journal dedicated to investigations of the interstitial. Jhani's full-length poetry collection TIME REGIME is forthcoming from Gaudy Boy in 2022. See more of their work at http://jfkrandhawa.com.
Teo Rivera-Dundas

Teo Rivera-Dundas received his MFA in Creative Writing from CalArts in 2019, and currently is a PhD student in Literature at UC San Diego. He is a co-founding editor of rivulet, information about which can be found at http://www.rivulet.net.