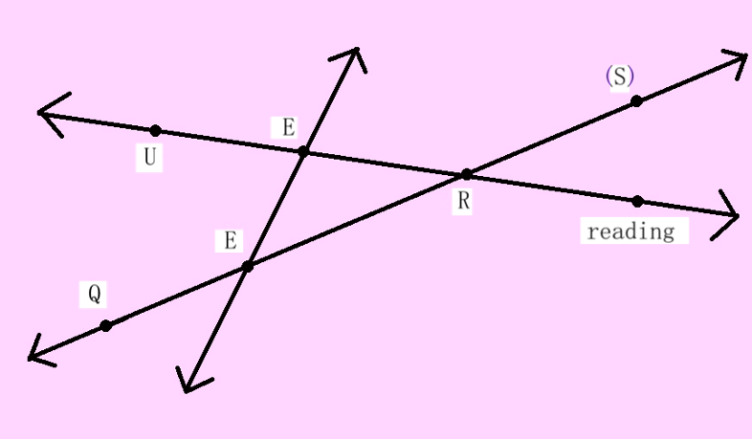 Queer(s) Reading began as a panel for the 2020 Seattle MLA—an event that was, for many attendees, one of the last physical gatherings they would take part in for quite some time.  We continue that conversation in this forum under the very different conditions generated by the COVID-19 pandemic. Our collective concern is the vitalizing possibilities of queer(s) reading—that is, of embodied and located modes of experiencing, engaging with, and interpreting the literary, visual, multimedia, and theoretical texts that inform queer lives. Queer(s) reading, as the six authors in this forum describe it, is both a radical relation and a radical refusal, working to expand networks of queer kinship, collectivity, feeling, friendship, love, and desire. Queer reading may be done alone, but it is never solitary.

This forum’s desire is to play with and expand the potential of how we read, see, listen, and watch. We engage and pursue critical conversations beyond the deadlocked opposition between “critique” and “description.” Queer(s) reading is an invocation, and a provocation, that finds value in the inventiveness of the situated, the sensual, and the relations between.

Many thanks to our contributors, to the audience at MLA, and to the editors of ASAP/J for their support.

[T]he seriousness of intellectual work lies in
the critical activation of sensual matters.

It’s been a little over a year since the participants in this forum gathered together (at the 2020 Seattle MLA) for the panel that was our first run-through of the papers presented here. And what a year it’s been. If you lived through it, you’ll know; but what will be hardest to explain to later generations, I think, is how this time felt. Those who were privileged enough to isolate at home will remember the longing for contact, the sensory insufficiency of virtual connection. But at the same time, so many sensations, so much bodily resonance. The heaviness of so much death—2.5 million people worldwide as I write this, 500,000 of those in the US alone. The difficulty of drawing breath—the effects of COIVD-19; the smoke from wildfires raging across the hottest summer ever; the horror of watching George Floyd being suffocated by a white policeman for the crime of being Black. The intensity and exhilaration of millions pouring into the streets to protest anti-Black violence. The frustration as a post-election coup attempt, symptomatic of white supremacist retrenchment, persisted in disseminating delusion; the shock as it culminated in violent insurrection. It’s been a time we’ll remember in our bones.

Much of what I recall when I think about that MLA panel now is the sheer sensation of being in a room with other people: thinking together, talking, laughing, applauding. I don’t know how conscious we were of this feeling at the time. Academic conferences tend to pull away from the sensory, to suppress the present-ness of the body. But perhaps, given the panel’s focus on embodied and located forms of queer(s) reading, we were more aware of it than usual. Panelists’ modes of reading varied widely, affectively as well as methodologically, but all were rooted in the experience of living as queers within the longstanding structures of violence from which 2020’s flames erupted, and all were committed to imagining ways of living beyond these.

The well-illuminated, sustaining, and transformative scrutiny Lorde describes is indeed central to the reading methods that were, as Ramzi Fawaz and Shanté Paradigm Smalls observe in the introduction to their 2018 GLQ special issue, “Queers Read This! LGBTQ Literature Now,” developed by Lorde and other black and women of color feminist writers and thinkers decades before the term “queer theory” came into fashion: methods calibrated to developing a clear-eyed view of their place in the world and their own experiences, and to using that vision in the service of political and social transformation.4 Their deliberately creative-critical labor, and the nuanced intersectional lenses they developed, Fawaz and Smalls point out, bypassed reductive debates like the one between paranoid and reparative reading that would emerge in the wake of Eve Kosofsky Sedgwick’s 1996 demarcation of those modes, as well as those that drive the so-called “post-critical” present.5 The polemical force and binary-oppositional structure of such debates too often obscure what the reparative mode claimed to recognize in the first place: that how one reads is always bound up with why and for whom one reads in the first place.6 And queers read, Fawaz and Smalls astutely declare, “as a form of survival just as much as a way to gain pleasure, develop knowledge and skill, and make a mark on the world.”7

This forum seeks to continue the vital conversations opened in forums like “Queers Read This!” as well as the 2017 ASAP special issue on queer form edited by Kadji Amin, Amber Jamilla Musser, and Roy Pérez.8 By framing our essays under the sign of “queer(s) reading,” making room for both queer and queers, we intend to emphasize two aspects of these discussions.

First: the toggle in our title created by the parenthetical s—the shift, that is, between “queer” as an adjective modifying “reading” as a noun, and queers as a plural entity engaging in acts of reading—is intended to underscore our sense that the queer in queer reading cannot be comprehended simply as a disruptive or deconstructive movement of thought.  It indexes, rather, an attempt to read as queers do—without delimiting, but also without disregarding, the divergent experiences of queers. Supplementing the unmodified singular form of the adjective, which often masks an unacknowledged and undisrupted whiteness, the plural noun indexes a proliferating, multiply-raced and -gendered formation, necessitating located and intersectional modes of interfacing with the world.

The essays in this forum follow three trajectories. Karen Tongson and Octavio González focus on the unexpected stances queer readings can take. Tongson proposes reading askew, coming at objects from odd angles, as a disidentificatory strategy, while González describes how not reading can be a form of self-assertion rather than a personal or political failure. Dana Seitler and Aliyyah Abdur-Rahman insist on the worldmaking possibilities opened up when one resists the pressure to read faithfully. Seitler embraces queer misreading as a deliberate way of engaging texts that fail to follow through on the queer potential within; Abdur-Rahman explains how refusal, as a reading practice, declines the obligations of representation, instead producing black girlhood as both wayward and uncaptureable. Finally, Elizabeth Freeman and Sharon Holland demonstrate the power of embodied approaches to difficult topics. Freeman tracks the actions of affective reading—reading not for, but with, affect, in this case grief. Holland, reading (with) the flesh, turns a feminist lens upon its movements in recent black pessimist theory.

Taken together, these essays seek to demonstrate how queer(s) reading persist(s), pressing against the contours of a world in flux. They remind us that reading is always an encounter, at once intimate and social—and in doing so, suggest ways that we might continue the project of reading, queerly, together, even while we may remain apart.

Dana Luciano is Associate Professor of English and Women’s, Gender, and Sexuality Studies at Rutgers University. Her publications include Unsettled States: Nineteenth-Century American Literary Studies (NYU Press, 2014), co-edited with Ivy G. Wilson; “Queer Inhumanisms,” a special issue of GLQ: A Journal of Gay and Lesbian Studies, co-edited with Mel Y. Chen (spring/summer 2015); and essays in American Literature, J19: The Journal of Nineteenth-Century Americanists, Reading the Anthropocene: Literary History in Geologic Times, The Los Angeles Review of Books, Capacious, and elsewhere. Her book Arranging Grief: Sacred Time and the Body in Nineteenth Century America won the MLA’s First Book Award in 2008. She is currently at work on two monographs: How the Earth Feels: Geological Fantasy and Biopower in the Nineteenth Century U.S., and Time and Again: The Affective Circuits of Spirit Photography. She co-edits Resilience: A Journal of the Environmental Humanities.